A Ukrainian aircraft which crashed earlier this week in Iran had flown close to a sensitive military site and was brought down due to human error, Iranian state TV reported on Saturday 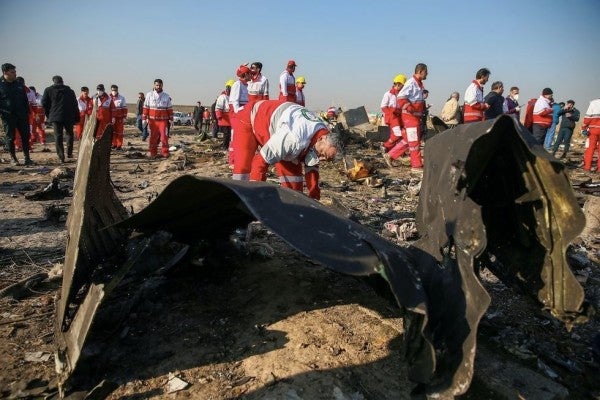 A Ukrainian aircraft which crashed earlier this week in Iran had flown close to a sensitive military site belonging to the elite Revolutionary Guards and was shot down unintentionally due to human error, the Iranian military said in a statement read on state TV on Saturday.

The responsible parties would be referred to a judicial department within the military and held accountable, the statement said.

All 176 people on board were killed in the crash. The Iranian military statement expressed condolences to the families of the victims.

The United States and Canada had said that the plane was shot down, a claim Iran had initially denied.

This is a breaking news story and will be updated with more information as it becomes available.