The military services need to sort through thousands of citations. 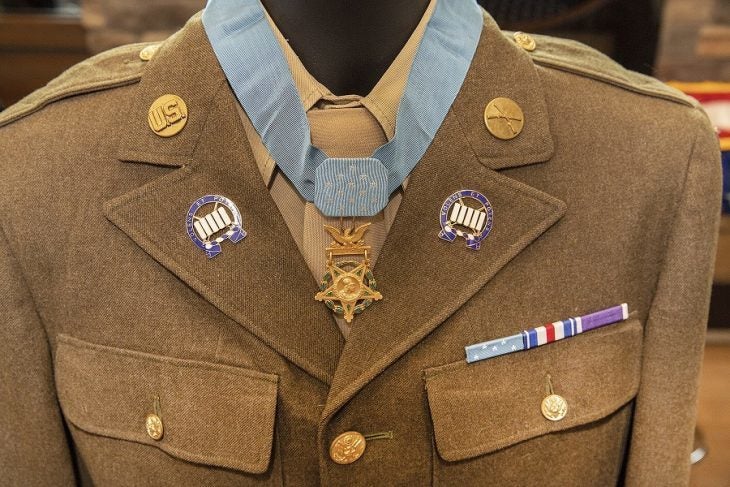 Heroic Black and Native American military veterans of U.S. campaigns as far back as World War II may see their combat valor awards upgraded to the Medal of Honor in the coming years.

Defense Secretary Lloyd Austin last week ordered the military services to conduct a thorough review of service crosses awarded to Black and Native American veterans of World War II and the Korean and Vietnam Wars to “ensure equitable treatment” for troops who historically faced discrimination from within their own ranks before and after the military was desegregated in 1948.

“To correct this oversight, I direct the Secretaries of the Military Departments to conduct … reviews to determine if such Veterans’ actions warrant award for the Medal of Honor.”

The exact number of awards that will be examined is unclear, but the review will focus on those who were awarded their services’ second-highest military valor awards: the Army Distinguished Service Cross; the Air Force Cross; and the Navy Cross, which is awarded to sailors and Marines. The services have awarded approximately 7,500 service crosses for heroic actions on the part of troops in World War II, Korea, and Vietnam.

“The military departments do not keep lists of Service Cross recipients divided by race or ethnicity,” said Army Maj. Charlie Dietz, a Pentagon spokesman. “The military departments will review the records of service members awarded the service cross for valorous actions during the specified wars to determine which of those veterans are African American or Native American.”

The services will look at Native American award recipients of World War II and the Korean and Vietnam Wars, but only the heroic acts of Black veterans in Korea and Vietnam will be looked at in the latest review since the Army and Navy previously scrutinized their World War II files, as Austin wrote.

As a 2015 Congressional Research Service report explained, the military services will generally not consider awarding or upgrading to the Medal of Honor unless there are “extenuating circumstances” such as allegations of racism or paperwork being lost.

“In nearly every case, specific findings of fact are required that the individual was originally recommended [for the Medal of Honor] or that the downgrade to another type of award occurred under questionable, but verifiable circumstances,” according to the CRS report.

Army Master Sgt. Roy Benavidez, for example, earned the Distinguished Service Cross for his heroics during the Vietnam War on May 2, 1968, after he boarded a helicopter to rescue a 12-man Special Forces team that was pinned down on the Vietnam-Cambodia border, as Jeff Schogol wrote in 2019. Wounded in the right leg, face, and head before he even reached the team’s position, Benavidez brought half the men to safety before the rescue helicopter crashed; he later called in airstrikes and personally dispatched several enemy soldiers until he was wounded so badly that by the time he made it back to base his comrades had placed him in a body bag.

His commander later recommended his award be upgraded to the Medal of Honor, according to the CRS, though it was denied until an eyewitness came forward in 1980. President Ronald Reagan presented Benavidez with the Medal of Honor on Feb. 24, 1981.

After Congress passed legislation asking the Army Secretary and Navy Secretary to review World War II records of the Distinguished Service Cross and Navy Cross for Americans of Asian-Pacific descent in 1996, more than 100 soldiers were considered for upgrades. Vernon Baker was among those who were fully recognized for their valor years after the fact. An Army first lieutenant from Cheyenne, Wyoming, Baker was “unjustly denied” the Medal of Honor for years despite his “outstanding courage and leadership” in taking out multiple German positions during World War II and leading his battalion through enemy minefields. He was the only one still alive among seven veterans who received the Medal of Honor on Jan. 16, 1997.

“Now and forever, the truth will be known about these African Americans who gave so much that the rest of us might be free,” President Bill Clinton said at the time. “These heroes distinguished themselves in another, almost unique way: In the tradition of African Americans who have fought for our nation as far back as Bunker Hill, they were prepared to sacrifice everything for freedom — even though freedom’s fullness was denied to them.”

Congress ordered a similar review of Jewish American and Hispanic American veteran war records in 2002. Notably, the review found several soldiers of neither Jewish nor Hispanic descent who were also worthy of the Medal of Honor. All 24 recipients were presented with the award by President Barack Obama on March 18, 2014.