Congressman Duncan Hunter, Republican from California, has sent a letter to Secretary of Defense Jim Mattis asking him to upgrade... 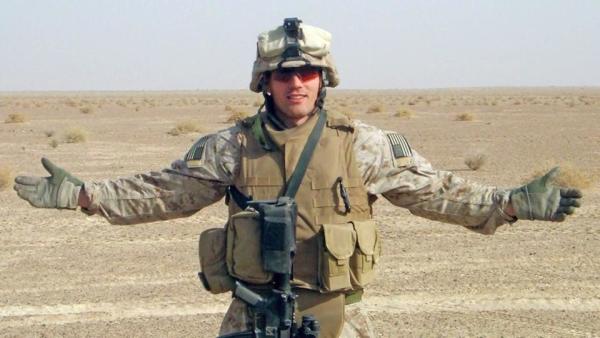 Congressman Duncan Hunter, Republican from California, has sent a letter to Secretary of Defense Jim Mattis asking him to upgrade a Silver Star award to a Navy Cross for Marine 1st Lt. Travis Manion in light of what he called “new material evidence.”

Manion was posthumously awarded the Silver Star for his actions while serving on a Military Transition Team in Iraq on April 29, 2007. According to his original award citation, Manion exposed himself to enemy fire while attempting to cover wounded Marines as they took fire from three sides, drawing insurgent fire away from the wounded until he himself was shot by an enemy sniper.

He was originally recommended for the Navy Cross before ultimately being awarded the Silver Star, the third highest award for valor.

Evidence supporting an upgrade, according to Hunter, includes a signed witness statement from Staff Sgt. Paul D. Petty, who wrote after the battle that Manion continued to fire between 210 and 300 rounds from his M4 carbine and an M203 grenade launcher at the enemy even after he was mortally wounded.

That information was apparently not included in his original award recommendation, according to Ryan Manion, the Marine's sister, who now serves as president of the Travis Manion Foundation.

Petty closed his statement by saying that Manion's “well-aimed precision fire, decisive leadership, and selfless action aided in the preservation of life and helped counter the ambush.” This added to Manion's original award narrative, which said the officer “ultimately saved the lives of every member of his patrol.”

“He was originally put in for a Navy Cross, so there's definitely been 10 years of wondering why was downgraded,” Ryan Manion said. “I'm glad that there is a review being done to find that out, especially with this new evidence … and I'm hopeful that this can eventually be upgraded.”

A former Marine officer himself, Rep. Hunter has often taken up the cause of reviewing military awards. In 2011, he asked the Pentagon to look into possible upgrades for service members that may have been overlooked for higher awards, to include Army Sgt. 1st Class Alwyn Cashe. He's also pushed to upgrade the Navy Cross to a Medal of Honor for Marine Sgt. Rafael Peralta.

In an email statement, Pentagon spokesman Cmdr. Michael P. Cody confirmed receipt of Hunter's letter, but added that since “the information-gathering process could take some time, it is too soon to say what the outcome of the request will be.”