The Army is purchasing two Iron Dome batteries to test out if it would be a good fit. They're still assessing other options 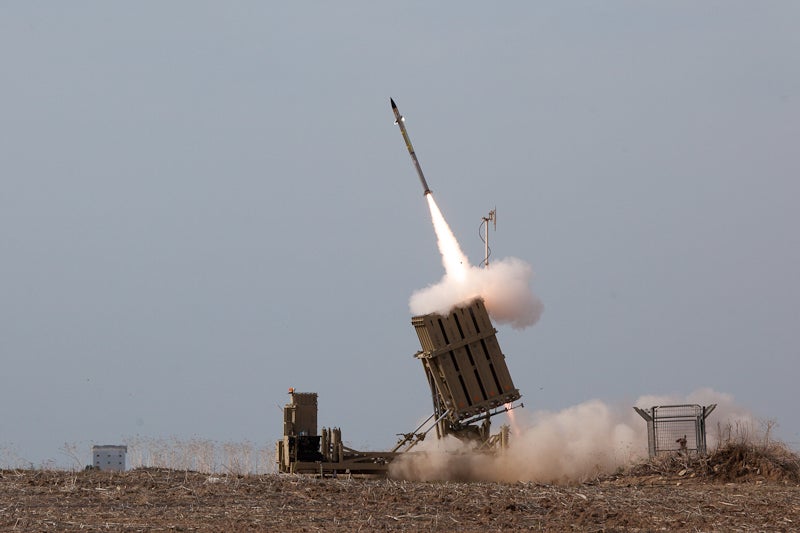 The U.S. Army plans to purchase “a limited number” of the Iron Dome air defense systems that Israel has been using since 2011 to test if they would be a good fit for protecting soldiers from aerial threats.

After perusing other options, the Army concluded that the Iron Dome — which intercepts missiles and shoots them out of the sky — “provides the best value” for what they were looking for, Army Futures Command spokesman Lt. Col. Russell Fox told Task & Purpose in a statement. But, they’ll still be looking at other options while they try it out.

The Army notified Congress in October 2018 that it planned to purchase two Iron Dome batteries, Fox said. Lauded to have a 90% success rate, Defense News reports these will cost around $373 million, and that purchase falls in line with what was approved in the fiscal year 2019 Pentagon appropriations for Army to find an interim cruise missile defense capability.

Fox said in the statement that the Iron Dome will be “assessed and experimented as a system that is currently available to protect deployed U.S. military service members.”

“Protection of our Soldiers is paramount,” Fox said. “They deserve the tools needed to fight, win and return home safely. Iron Dome is a combat-proven system that could be used to help protect our forces from a variety of indirect fire and aerial threats.”

The purchase suggests that the U.S.’s own missile defense systems may not be all they’re cracked up to be, especially with several countries currently leaning more towards Russia’s S-400 missile system.

It hasn’t yet been decided where the Iron Dome will be used, Fox said. But it’s easy to transport, as CNN’s Barbara Starr points out, taking only a few hours to move and set up.