"Our main threat to Crimea is drones, everything else is under full control." 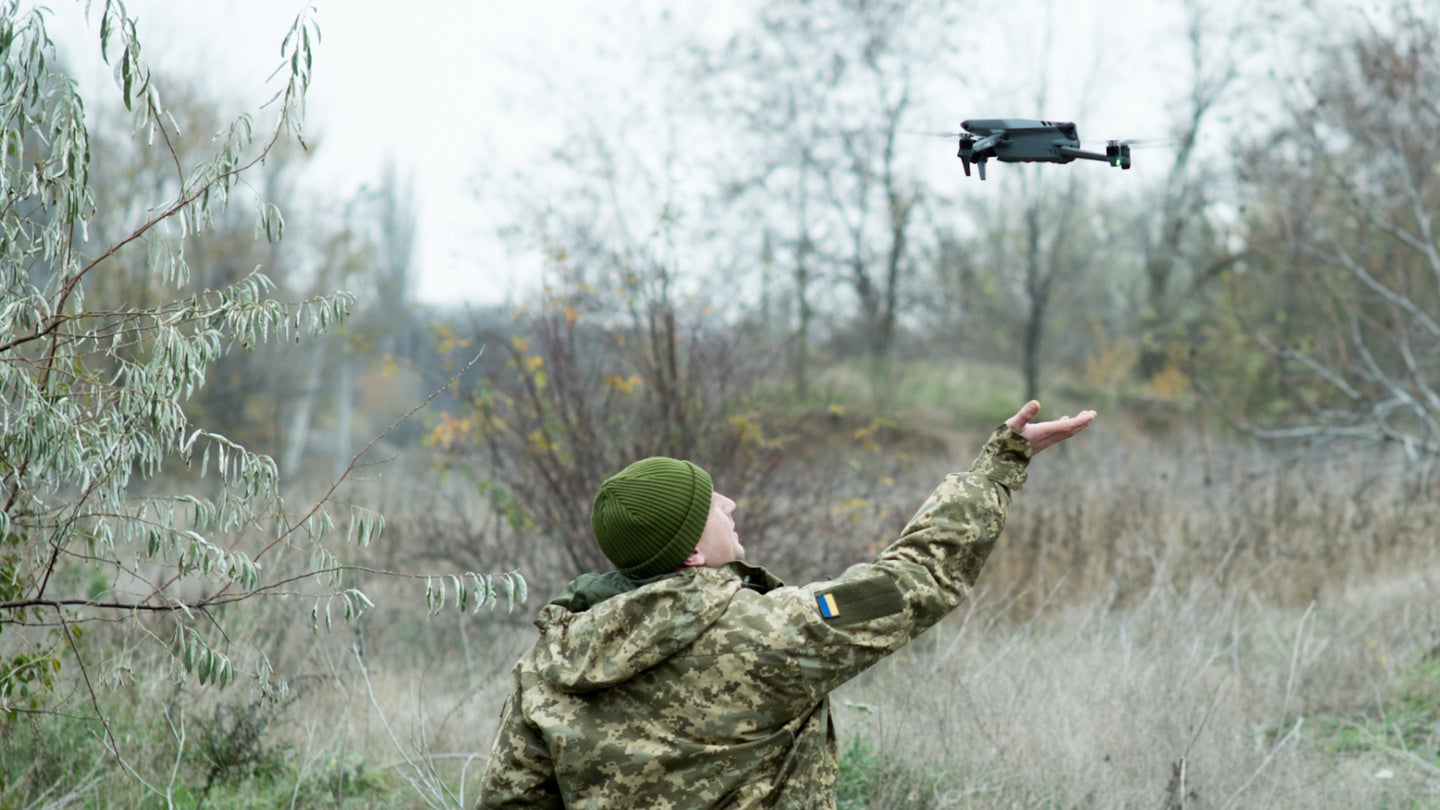 The Ukrainian military has stepped up its drone attacks on Russian forces in Crimea in recent months to the point where “everything else is under control” but the skies above the contested peninsula, the region’s Russia-backed governor said on Wednesday.

Speaking to Russian state-run news agency TASS, the long-running Russian-backed governor of Crimea, Sergey Aksyonov, stated that while the security situation in the peninsula is “stable and controlled,” the main threat to Russian forces comes from Ukrainian drones.

“Our main threat to Crimea is drones, everything else is under full control,” Aksyonov told TASS.

The UAVs “are small in size, have a powerful battery, and sometimes they go not one by one, but in a wave,” he added.

Drone attacks against Russian forces in Crimea, which Russia annexed in 2014, have only increased in recent months. In August, Russian air defenses downed a group of drones over western Crimea; in late November, air defenses warded off a similar pair of drone attacks, one of which allegedly targeted a regional power station.

That Russian forces on the peninsula have been on edge regarding Ukrainian drone assaults in recent months is unsurprising: Aksyonov’s comments come less than two months after a formation of Ukrainian drones carried out a bold attack on Russian warships anchored at the Crimean port of Sevastopol in October.

Indeed, Aksyonov’s comments are notable because the Russia-backed governor “is implying that, apart from a few high profile cases, there have been other attacks, although he’s hinting that air defenses are capable of handling it,” said Sam Bendett, an expert on unmanned systems at the Center for Naval Analyses.

The pressure on the Russian forces in Crimea from the Ukrainian drone campaign “is working if [Aksyonov] has to say it publically on Russian state media,” Bendett told Task & Purpose on Thursday.

The proliferation of small aerial drones among Ukrainian forces has only accelerated since the Russian invasion in February. The military’s drone fleet includes rotary-wing copters carrying munitions like the near-ubiquitous DJI Mavic series, the fixed-wing Turkish-made Bayraktar TB2, and the U.S.-made AeroVironment Switchblade series of loitering munitions, among others.

While Ukraine’s drone capabilities are now such that the military can easily reach Russian air bases deep inside hostile territory, as it has done multiple times in the last several months, it’s likely the drones that Aksyonov is worrying about are smaller UAVs capable of exposing vulnerabilities in Russian air defenses, said Bendett.

“They’re not very big, they attack in waves, and [Aksyonov] is probably hinting that because they’re small, they’re difficult to see and identify and therefore shoot down,” Bendett said. “He’s basically validating Ukrainian tactics by saying that drones are a threat to installations and infrastructure on the peninsula.”

While previous drone attacks on Russian targets on the peninsula have usually involved one or two drones, Aksyonov’s comment about more recent threats arriving in “waves’ is a new development, Bendett said.

“If solo flights have penetrated Russian air defenses, the waves probably scrambled air defenses altogether and they couldn’t shoot them all down,” Bendett said. “It’s unclear if these other attacks caused more damage, but it is a clear and present threat and one that the Russian military in Crimea is trying to address.”

Such innovation isn’t surprising. Since the Russian annexation of Crimea in 2014, the Ukrainian defense industrial base has seen a major surge forward in its development of indigenous unmanned aerial vehicles for everything from reconnaissance and surveillance to hauling loitering munitions, mostly thanks to the Ukrainian “Delta Center” command-and-control program established in 2016.

“In the last two years since this organization has been set up, they’ve rapidly advanced from using dirigibles or balloons to do reconnaissance to building their own UAV systems,” then-Lt. Col. Ty Shepard, a U.S. Army National Guardsman advising the Delta Center, told Smithsonian’s Air and Space Magazine in 2018. “And that’s from zero.”

While Aksyonov’s comments are an apparent validation of Ukraine’s burgeoning drone-industrial complex, that doesn’t mean the Russians aren’t letting their guard down when it comes to bolstering air defenses and electronic warfare capabilities, according to Bendett.

In the meantime, the Russian military has another drone threat to worry about: In a delightful troll, the General Staff of the Armed Forces of Ukraine stated on Tuesday that the Ukrainian military will now field drones designed explicitly for Russian troops to surrender to — an increasingly common occurrence as Russia’s invasion drags on into winter.