This Soldier’s Transition Serves As A Roadmap For Other Vets

A few key decisions made all the difference for Justin McCarty, a former soldier now living in San Francisco. He... 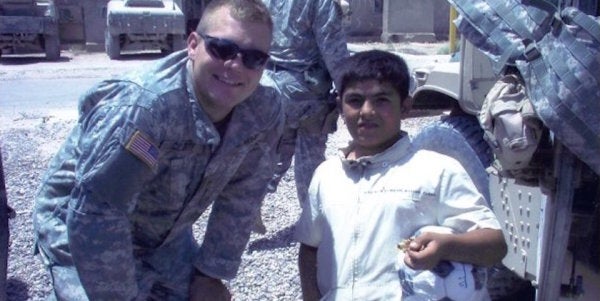 A few key decisions made all the difference for Justin McCarty, a former soldier now living in San Francisco. He grabbed opportunities as they were presented, accelerating the successful transition to a rewarding post-military career. McCarty, 30, now works in operations for a fast-growing startup. There he applies everything he learned in the military, college, and at previous jobs.

Transitioning from the military can be daunting. Many veterans, particularly those who enlisted, have a hard time navigating the complexities of the civilian world. Is my hometown the best place for me or is it smarter to get a fresh start? Should I go for an education, then get a job? Or take a lower paying job while going to school? These are difficult questions to answer, and it can help hear from others who have walked the path and have some wisdom to share.

McCarty did not wait on anyone else to tell him that he needed to excel. “I was able to hit the ground running and get after quickly after getting home,” he told Task & Purpose. This attitude helped him move up the ranks, then transfer to Cornell University, and then jump from finance into tech startups.

McCarty joined the Army in 2005, leaving his home town of Rockford, a small city in Illinois, and spent 18 months on active duty and another four in the reserves as an infantryman, including a tour in Iraq. According to McCarty, this time overseas gave him perspective on his life. He spent a lot of time thinking about what he wanted to achieve after he got out of the military, he said.

“I remember flying over Ireland on our way home after a twelve month deployment,” McCarty recalled. “Something about the rich green of the grass really resonated with me after so much time in the desert. I think back to that moment a lot.”

After transitioning to the reserves, McCarty channeled his energy into academics. He attended Parkland College, a community college in Illinois. His sights were set much higher, though.

“I didn’t know where the bar was set to get to a top tier school, but I knew a 4.0 GPA would give me the best possible chance,” said McCarty.

Turns out, he was was right. McCarty earned a spot in the transfer class at Cornell University.

Switching to finance after graduating in 2010, he took a job with Bank of America Merrill Lynch.

“I knew a stint on Wall Street would be a great place to build my analytic skills,” said McCarty. “Plus I would get a chance to learn how the business world works.”

After three successful years at Bank of America, McCarty, moved on to Goldman Sachs to take on even more responsibilities. But despite the larger salary he wasn’t happy. Something was missing.

“I had this moment of clarity where I realized that I was repeating the same deal over and over,” McCarty recalled. “I could do this for 20 years, then look back on my work and wouldn’t see the impact on the world that I was hoping for.”

Driven by this need to find a deeper purpose, McCarty took a huge risk and switched to a new career in technology. Through some friends he was able to make contact with people who were hiring at Uber. There, he found a good job in their operations department where his banking skills could be used.

The decision proved to be a good one. McCarty was able to enjoy his work more, learn new skills, and find the time to get married. He also helped start UberMILITARY, which is now responsible for helping over 25,000 military personnel and veterans make money as Uber drivers. The benefits are clear to McCarty.

“Moving to tech let me be a part of companies that are changing the world for the better, and this is what I am looking for,” he said.

He didn’t stay still, either.

McCarty recently moved to another job after several years at Uber. He still works in operations, but now in a more senior position at Sprig, a food delivery startup.

“Every day is a different challenge,” he said. “You must be able to think differently, and pair that with a ‘get shit done’ mentality. Fortunately that is something that most veterans share. The ups and downs of college or the corporate world are nothing once you’ve sat on your rucksack for hours in the rain because some Humvee broke down. Nothing fazes you after that.”