This Is Why So Many People Struggle With Their Military Transition

I spent the first two years after I separated from the military in business school. Heading back to a degree... 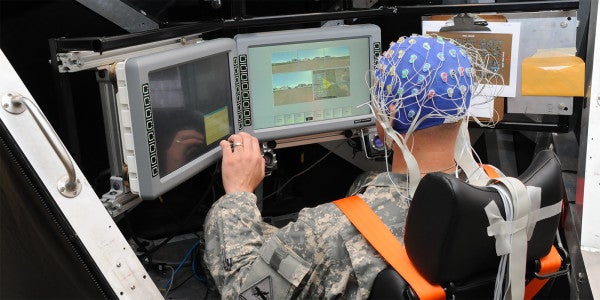 I spent the first two years after I separated from the military in business school. Heading back to a degree program gave me a chance to learn how to negotiate civilian culture in a relatively safe environment. I didn’t realize at the time how much more difficult it would be than I expected — and how critical that time would be to my future success, too.

Almost every veteran will tell you that they underestimate how hard the post-military job search was. They may also tell you how difficult the culture shock was. I found both of these things to be true. But why is that transition so hard for so many vets?

It boils down to your brain and its mysterious ways of working.

In 1949, a neuroscientist named Donald Hebb published a book called The Organization of Behavior, and —

Well hold on, Eric, you say. Neuroscience is interesting and all, but why does that matter? I’ve got more important things to do than read about your brainy mumbo-jumbo.

First, it’s a little weird for you to use “mumbo-jumbo” in a thought bubble, dear reader. You might want to reconsider that phrase.

Back to Hebb’s book: It described a process in which brain neurons that make frequent connections transform themselves over time to make those connections more efficient.

This became a foundational idea in both modern neuroscience and artificial intelligence: Your brain evolves to make thoughts efficient. The catch, though, is that any thought that’s given sufficient exposure gets ingrained in your mind.

Suppose that you were to model your brain as 100 neurons, broken down into 5 columns, each representing different brain activities: problem-identifying, option-identifying, communicating those options to others, deciding with others, and implementing solutions.

If you were in the military, your brain might have had lots of practice going through this sequence:

You’ll notice that certain columns of neurons do more work than others. That’s because a lot of other people were making decisions you didn’t have worry about: “Should I negotiate a complex international treaty with this person? Wait, I’m in the Army, I’m just supposed to shoot at him.”

In military life, the range of communications and decisions open to most individual service members is pretty narrow; “hey, bro” is basically never an acceptable way to address a flag officer, and soldiers rarely use committees or votes to decide on a course of action.

Here’s where things get weird. Have you ever heard the phrase “Neurons that fire together, wire together”? The idea — borrowed from Hebb’s work on neuroscience — is that the more you reinforce little patterns of thought, the more difficult it is to escape those patterns, even in completely new situations. It’s like trying to walk along steep banks on either side of a well-worn creek bed. It takes a lot of effort to avoid sliding down into the well-worn middle groove.

On some level, this is probably pretty intuitive… and pretty recognizable. You come across certain problems which are familiar, and your brain says, “I know this problem! I’ll save energy by doing the thing that I know works.” So it follows those super-efficient creekbed paths, and no problems arise, because you are in an environment that responds favorably to all the assumptions that dug those neural paths in your gray matter.

So what? you say. Why can’t I stick with these neural paths? (Good on you for not saying “mumbo-jumbo” this time! You’re showing you can change already.)

Now that you are a civilian, the problem sets can be much more complicated. There aren’t a lot of people defining the range of acceptable options quite so clearly for you — and there are many, many more nuanced ways to communicate with everybody, make decisions, and implement solutions.

Let’s suppose that the best possible solution for a given problem you face as a civilian looks like this:

But you’ve got all those pesky old paths dug in your mind over years of military experiences. As soon as you get close to one of those well-worn neural pathways, their gravity tries to suck you in.

So for the first couple of years following your separation, you’re doing everything you can to stay out of those creek beds, and it’s hard, because you have to create new habits and new pathways.

Here’s what our neural creek beds would ideally look like, in a nuanced mind that’s worked hard to create some new efficient paths:

Once you’ve put in some work to develop better-suited ways of thinking and considering new options, it’s not that hard. The best part is you’ve still got those old pathways you can rely on if you need to — but they aren’t the only path you’ve got.

So what’s the best way to develop those new neural paths and find new ways to think? Here are some helpful pointers — digging tools to entrench new habits:

1. Practice and persist. Understand that you are going to need practice, and that for some time, it’s going to be pretty difficult. Everyone goes through that struggle.

2. Use a buddy system. Find a person at your new job who is a civilian and wants to help. A veteran several years ahead of you can also work. Talk with this person regularly about your thoughts and your work so that you have a sounding board and adviser. Ask them to pull you aside if you are making an obvious mistake, and to advocate for you when you aren’t in the room. This can help you to relax — and to feel safe enough to make inevitable mistakes as you grow.

3. Seek professional help. Going to therapy is a great way to deal with these processes relatively quickly. A therapist isn’t just for emergencies or hard cases; professional guidance can also help you — anyone, really — to avoid painful mistakes.

4. Communicate a lot. The best thing you can do is talk through as many decisions as possible with as many people from different perspectives as possible. This will help you to develop new perspectives and new approaches that complement your military experience.

With more talking and more thinking, you can only get better decisions, and the more good decisions you make, the more efficiently you will make other good decisions.

Transition is hard because as humans, we learn very efficiently. Our brains are designed to get better and better at the same kinds of decisions. But when our settings and circumstances change, our service-optimized brains sometimes do us a disservice. Understanding why and how this happens can make your transition process a whole lot smoother.

Eric Burleson is a U.S. Army Special Forces veteran. He writes for separatingfromservice.com and other publications to give former servicemembers tools to deal with the emotional and psychological process of reintegrating into civilian life. He lives in Austin, Texas, with his wife and two kids. Join his email list to learn more about this process. It could save your life.