There are some days you never forget — the day you turn 21, your wedding, and the birth of a... 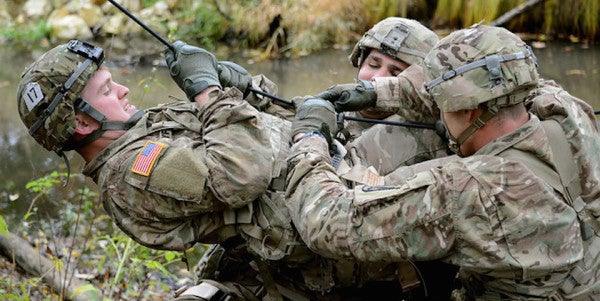 There are some days you never forget — the day you turn 21, your wedding, and the birth of a child. But for those of us in the veteran community, those days also include your expiration of term of service day.

In 2010, burned out and ready to grow a beard, I left the Army and made damn near every mistake you can. As a result, my readjustment period was the worst year of my life, even worse than my deployment.

A few years older and wiser, I’ve compiled a list of my mistakes so that you can learn from them.

Don’t decide to end your service at the last minute.

When I first left the Army reserves and enlisted as active duty, I was positive that I was going to finish my 20 as a cavalry scout, kicking in doors and shooting bad guys. I had a busy deployment, but the two years after were mostly spent in administration roles. Life was miserable, but I held out hope that my job would magically get better. That, of course, didn’t happen. As a result, I didn’t even decide to ETS until I was four months from getting out.

The problem was that finding a replacement to run my arms room took time. While other guys were going to army career and alumni program appointments to learn how to write resumes, I was stuck working. I even had to attend training as a short timer, finishing exactly two weeks before I left the Army.

I missed a lot of preparation time because I didn’t communicate my intentions early enough. To add insult to injury, when I told my first sergeant during my last day at the unit that I would have stayed in if I could go back to a line unit, he rolled his eyes and told me that if he’d known that he would have made it happen.

It's tempting to think that as soon as you're out, you'll never need to speak with your chain of command ever again. But that hasn't been the case for me, and it likely won’t be the case for you.

Having solid character references for job or school applications can be invaluable, particularly if you want to come back into the military as a pilot or officer some day. Simply being on good terms with people can be extremely beneficial. Also, you never know who you'll run into. The world is a smaller place than you think. Every job I've ever gotten that pays more than $15 an hour has been because somebody I knew spoke up for me.

The fact that I decided to run my mouth on my way out the door set back my professional network by years, and made it much harder to fill out the “references” column on job applications for my first year as a civilian.

Related: Do these five things when transitioning to civilian life »

Don’t leave unless your paperwork is squared away.

Recently, in my guard unit, we had a troop show up off of active duty without a DD-214. He didn’t have one at all, because he didn’t feel it was important to pursue it at the time. As a result, he wasn’t able to claim veteran’s preference on the jobs he applied to, which proved a serious setback. I didn’t mess up quite that badly, but I did leave active duty without my end of tour award. I also never squared away the paperwork I needed in order to get paid for my do-it-yourself move. As a result, I had an Army Commendation Medal that I didn’t receive for another year, and more important, lost a huge chunk of money by not getting paid for my move home.

It’s not always easy to know the status of your paperwork, especially if you don’t know how it can impact your transition to civilian life. Spend time talking to any recently separated veterans you know, and ask them what things they needed (hint: you’ll definitely need an up to date DD-214). Make sure those items are squared away. If your personnel shop can’t get them straightened out, get your chain of command involved. And if you ever do wind up coming back into the military, you don’t want to be missing awards because of a lost slip of paper.

Don’t talk to the reserve recruiter without thinking first.

As much as I hated my job, I didn’t hate the Army. So when I saw the reserve component recruiter on my outprocessing checklist, I just sauntered into her office and picked a National Guard unit near my house and an occupational specialty that sounded moderately interesting.

What I should have done was sit down and decide if I really wanted to be in the reserves or guard at all. I wound up unable to go back to school for the first year of my civilian life because I was waiting on a reclassification course for the MOS I chose in transition. In exchange for holding up progress on my life, I got education benefits that I didn’t need, as I had the GI Bill, but pretty much nothing else. I was reenlisting recklessly. In retrospect, I would probably have chosen the same MOS, but probably in a less “high speed” unit. The infantry battalion I joined had a very heavy drill schedule, which impacted my ability to focus on schoolwork.

There are tons of options that if you decide to stay in the reserves or guard, include switching branches all together. Just make sure that you consider the obligations that the unit will put on you, and any schools that you’ll need to complete in your first year with the unit, before signing on the dotted line.

Don’t blow all your money.

I got the second half of my $22,000 enlistment bonus around the time that I was getting out. Between that, and having 60 days of terminal leave, I figured that I was sitting in a pretty good place financially. How wrong was I? Within two weeks of coming home, I blew an inordinate amount of cash on truly dumb crap and suddenly became hilariously broke.

As little as you think you make in the military, you’ll realize just how far your dollar went on active duty. A civilian's commute to work is much longer, costing more gas money than I was accustomed to, not to mention the money I saved by eating at the DFAC, and never having to wear clothing to work that wasn't issued to me.

Nothing is free as a civilian, and you need to plan accordingly.

Don’t leave without a job and a place to live.

I had a plan when I got off active duty. I was going to start a company, although I hadn’t what determined what kind of company I wanted. I planned to work at my kickass business during the day, be a part-time college student at night, and do ROTC or something so I could save my GI Bill. Then, at some point I’d graduate, have a successful company, and then use my GI Bill to take a four-year course of study in something fun like getting certified to blow up buildings.

Really, that was my plan.

And it fell apart on contact with civilian life. I was 23, had no formal education, so-so credit, and no business plan. Of course nobody was going to give me a business loan. Veterans whose transitions went more smoothly used the last year of their contract to search for real jobs, or to apply to college. Meanwhile I took a dishwashing job at a Cracker Barrel, because nobody else would hire me, and I’d for some reason decided that school was not for me. All the while I was sleeping in my parents’ garage because I failed to consider that my $8 an hour job wouldn’t let me pay rent anywhere.

After a miserable year of living like a refugee and working a string of horrible jobs, I started to get myself together.

I decided that I wanted to go back to school and get a degree in biology. I graduated three years later, went to an ivy league school to get my master’s degree, and married a great girl. So even if you ETS badly, you aren’t doomed. But my missteps set progress in my life back quite a bit, and it will always be one of my greatest regrets. Don’t make my mistakes.