Expert Insight On Job Interview Mistakes You Should Avoid

While being invited into a company for a job interview is a great accomplishment, it does not mean you automatically... 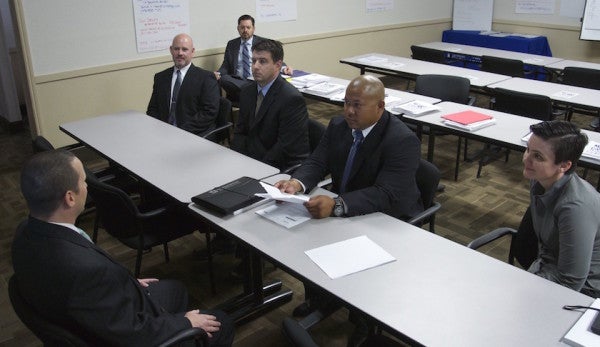 While being invited into a company for a job interview is a great accomplishment, it does not mean you automatically have the job. During an interview, you’re making a first impression on hiring managers who may be considering tens of other candidates. There is no room for sloppy mistakes. To identify these mistakes, we asked four hiring managers with Hirepurpose companies what job seekers should avoid doing during an interview.

“Don’t go into the interview unprepared (remember the hiring manager’s name, and say it to yourself often, so you won’t have to keep saying sir or ma’am). Don’t speak poorly about your previous organizations, and avoid politics, which even means at times your beliefs about war, and the policies in the military.”

Takeaway: Make sure you’ve done your research and practice saying the names of the individuals who are interviewing you. Don’t be afraid to ask ahead whom you are meeting with if you do not know. During introductions, make a mental note of who’s who so you can address them by name. Finally, don’t talk crap about your previous employers, including the military. Positivity always trumps negativity in an interview, even if you had a bad experience.

“I see this often and have tried to give grace when reviewing a resume, but some of the best things to avoid include:

Takeaway: Listening is equally as important as speaking articulately during an interview. Don’t let nerves get the best of you and make you sound too chatty or impatient.

“In the military, there is no ‘I’ or ‘me,’ it’s all about the team. Of course teamwork is crucial in any organization; however, in an interview they really want to hear about you and what your role was on that team. I find that it doesn’t always come natural for veterans to make that distinction in an interview, which is something they need to overcome, especially when interviewing with companies and individuals who don’t fully understand the military culture.”

Takeaway: You’re the one applying for the job, so don’t talk about team accomplishments. Focus on yourself. Don’t say my team accomplished so-and-so mission. Define your role in that mission and how you contributed to its success.

“Try not to speak in military lingo. Work to tell your story in a way that is understandable to anyone, emphasizing why what you did was important to the mission, your unit, your fellow service members. Same as you would describe a successful ‘project’ in the business world and its positive impact on the whole.”

Takeaway: Don’t use military sayings. Practice your interview skills ahead of time to get used to using more civilian-friendly terms and phrases. While positive energy is good, leave the “hooah’s” at home.