I’m no expert in criminal justice, but chances are people who steal valor are also the sort of people who... 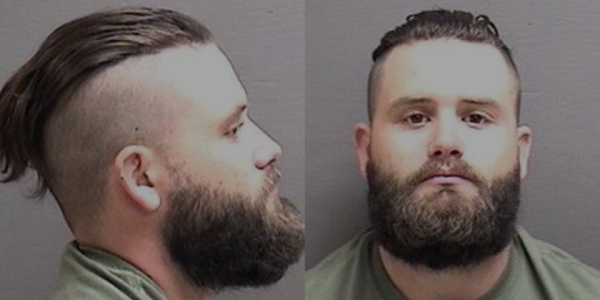 I’m no expert in criminal justice, but chances are people who steal valor are also the sort of people who steal other stuff, too. Case in point: Ryan Patrick Morris of Great Falls, Montana received a beefed-up sentence for felony burglary last week after authorities discovered he lied about being a battle-hardened combat veteran in hopes of garnering sympathy from a local judge.

And he almost got away with it, too. In April 2016, Morris was arrested after he was accused of stealing $1,500 worth of stuff from his own landlord and pawning the items. He also told a judge that he had completed seven combat deployments to Iraq and Afghanistan. Not only did Morris claim to suffer from post-traumatic stress disorder (he had been in the shit, he said), but that he had endured a hip replacement after being wounded by an improvised explosive device while serving his country.

PTSD and IEDs. That's about as veteran as it gets. Morris’ case was then assigned to a Veterans Treatment Court, where a judge would take Morris’ extraordinary military service into account as he weighed how to punish him for his crime after Morris pleaded guilty to a charge of burglary in January 2017.

But here’s the thing: Morris never served in Iraq or Afghanistan, or anywhere for that matter. The revelation came courtesy of Morris’ father, who informed a Veterans Court coordinator that while his son had tried to enlist in the military several times, he never actually served. Thank you, Mr. Morris, for helping protect the great people of Montana from your good-for-nothing son.

Stolen valor in itself is not a crime, but falsifying a military record for personal gain is. Still, Morris’ lie wasn’t enough to draw a charge under the Stolen Valor Act. The judge did, however, find Morris in contempt of court and decided to get creative with the punishment. In addition to being ordered to pay $1,231 restitution to the victim of his burglary, Morris was ordered to serve 30 days in jail, pay a $500 fine, and serve 441 hours of community service — one hour for each of the 441 Montanans who died in uniform since the Korean War.

Justice doesn't get much sweeter than that.