“I mean, it's a real steep learning curve." 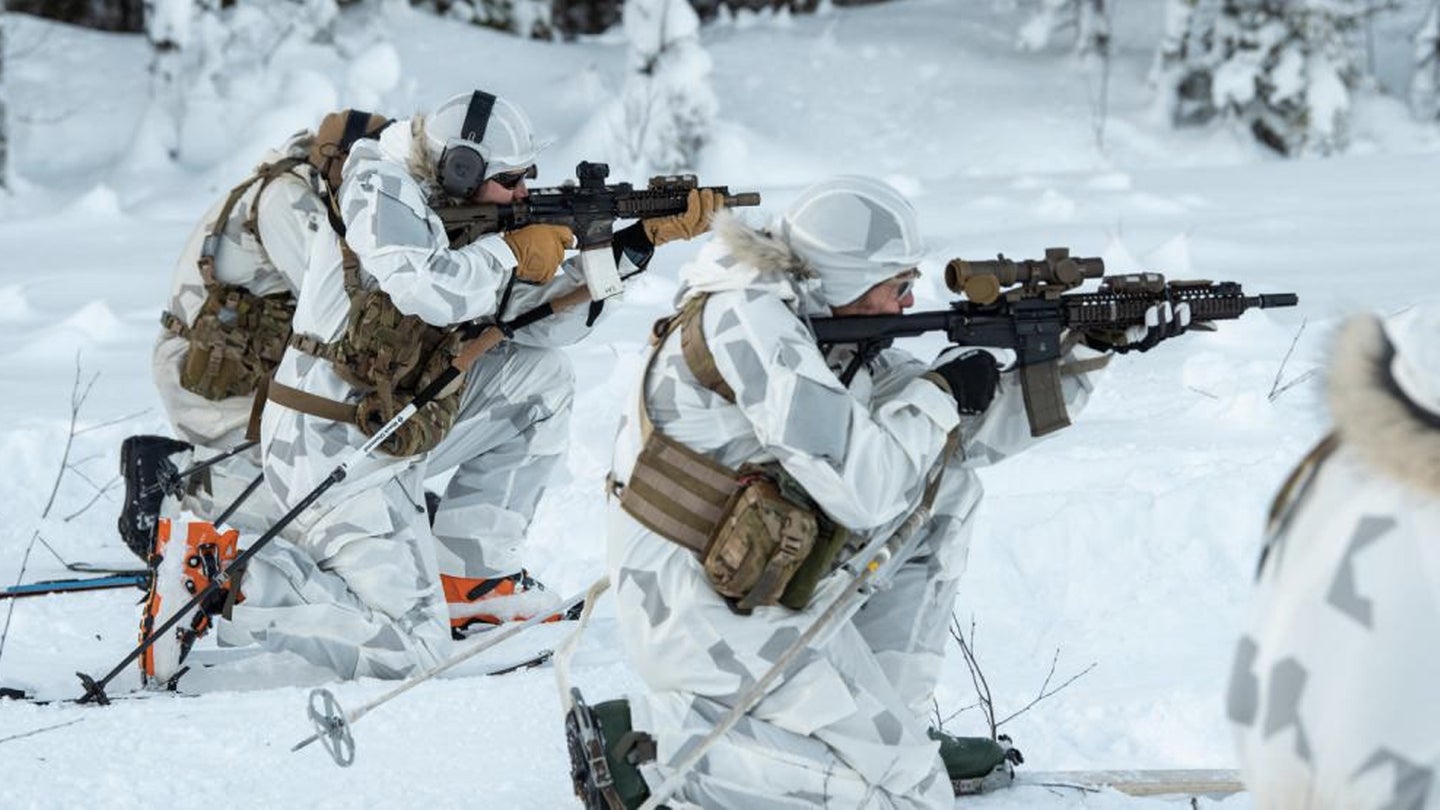 Air Force special operators are some of the toughest in the world: their training pipeline is about two years long and it historically washes out 70 to 80% of candidates. But even these top-tier commandos were humbled by the deep snow and freezing temperatures of a Swedish winter, where several of them trained for two weeks earlier this year.

Starting in January, 15 airmen from the Kentucky Air National Guard’s 123rd Special Tactics Squadron learned how to survive and fight at the Swedish Subarctic Warfare Center in Grubbnäsudden, near the country’s northern border with Finland and a stone’s throw from the Arctic Circle.

The course was “some of the most challenging and beneficial training I have done in decades, to be quite honest,” said Senior Master Sgt. Sascha Kvale, a combat controller flight chief for the 123rd, in a recent press release.

The gaggle of airmen who showed up in January included combat controllers, experts in air traffic control who deploy with Navy SEALs and Army Special Forces to call in air support; pararescue jumpers (PJs), combat medicine specialists who find and evacuate wounded troops from behind enemy lines; and special reconnaissance airmen, a new career field that specializes in electronic warfare and unmanned aircraft. The group also included support troops and survival, evasion, resistance and escape specialists, who teach other airmen how to stay alive if isolated in hostile territory. Their mission in Sweden: conquer the cold.

“I think we have a good partnership going on,” said Swedish Army Sgt. 1st Class Frederick Ragnarsson, the head instructor at the warfare center, in a recent press release. The 123rd has visited the center for the past two years and worked with Swedish special operations troops there. “We try to facilitate good training for the guys and make them better warriors in this kind of environment.”

One of the most important lessons of working in the cold and snow is that nothing works like it’s supposed to.

“Nothing works here like it does in Central Command, Afghanistan and Iraq,” Kvale said. “Sometimes our GPS devices’ batteries die within an hour. All of our batteries get cold-soaked, so when you put a new battery in, it still doesn’t work. Also, if you’re not maintaining weapon systems appropriately, they can freeze up completely.

That can be a particularly difficult problem for combat controllers and special reconnaissance airmen, who rely on sophisticated electronics to do their jobs. But gadgets are not the only things challenged by the cold and the snow, where even the basic tasks of small unit tactics and setting up patrol bases become much more difficult. Due to the snow, many of those tasks must be done on skis, which some members of the 123rd have never used before.

There is no way to learn these skills from a textbook, the airman explained.

“[U]ntil you come out here and experience it, there’s no way to explain it to somebody,” he said. “Just the simple process of staying warm enough to not die is weeks and weeks of practice in itself.”

Even knowing what to wear becomes more difficult when getting wet from snow or sweat can lead to fatal hypothermia.

“It’s tough to start cold, but that’s one of the things that they really teach out here,” said Staff Sgt. Keith Schneider, a combat controller with the 123rd. “But once you start working and moving, you start warming up. The biggest challenge for me is just the clothing — what to wear and when to wear it, and how to keeping everything dry.”

As uncomfortable as the school might be, it’s better than learning those lessons under fire. The training occurs as the Air Force, and the U.S. military in general, prepares for a possible fight over resources in the Arctic as climate change carves new trade routes out of the ice.

Despite being new to subarctic life, the airmen did an outstanding job adapting to their new environment.

“It’s a good group of guys and they pushed themselves and had great progress from day one and up,” Ragnarsson said. “I mean, it’s a real steep learning curve. Some of the guys have never been on skis, and now they can go places on skis, bringing their stuff, the webbing, the weapons and all the team gear.”

“The Swedes run an extremely professional course here,” he said. “I recommend it for any special operations unit or anybody that can come out here and do this training … If you can do tactics at the subarctic training facility, you can do those tactics anywhere in the world.”