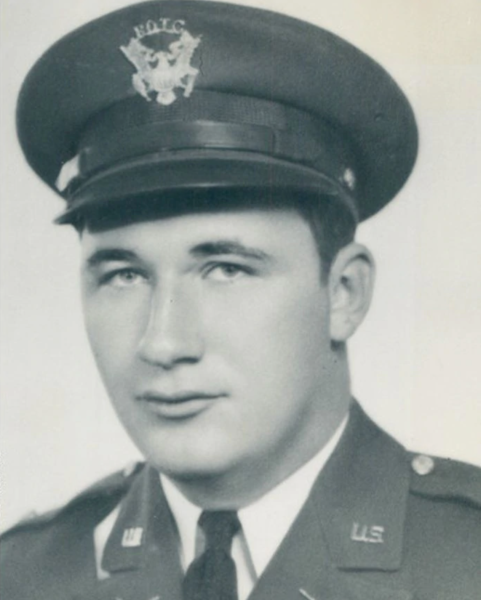 Leonard “Max” Schroeder would have been 102 this month. The Linthicum native passed away at age 90 — remarkable, given the dicey role he played in World War II. Because on D-Day, 1944, Capt. Schroeder became the first American soldier to hit the sand at Normandy.

Amid heavy machine-gun fire, he led his men onto Utah Beach. Wounded twice in the left arm and side, he urged his troops inland for several miles that day where, mission accomplished, Schroeder collapsed from loss of blood. His valor earned him a Silver Star.

Being first off the boat wasn’t an achievement the broad-shouldered infantryman had sought, nor one that he reveled in afterward.

“It’s a little embarrassing,” he told The Sun in 1988. “I’ve gotten a lot of publicity, but there were 2 million other guys over there at the same time. I’m certainly no hero. I never claimed to be the first guy but they made a hero out of me, and some of my friends are buried over there.”

Pressure had never seemed to bother Schroeder. At Glen Burnie High, he led his soccer team to a state championship in 1936, scoring every goal in a 3-0 title win over Cambridge in the final match. A multi-sport star, he was described in his senior yearbook as “Romeo to all the girls [and] well-known for his soccer and basketball achievements.”

At Maryland, Schroeder twice led the Terrapins’ soccer team in scoring. He also enrolled in the school’s ROTC program and, upon graduation in 1941, was commissioned a junior officer in the U.S. Army, just months before the bombing of Pearl Harbor. As if in a Frank Capra movie, Schroeder married his high school sweetheart before going off to war.

On June 6, 1944, hours before daybreak, he and 22 men in his company — part of the 4th Infantry Division — boarded one of 20 landing crafts from their transport troop carrier and headed for Utah Beach in choppy seas. One hundred yards from shore, they spilled into the water, slogging the last 200 yards under enemy fire.

At 6:28 a.m., Schroeder led his outfit onto French soil. Truth be told, he conceded later, it was sheer luck (tides and wind) that made him No. 1.

Though hit twice by German bullets, he maintained command as his men pushed forward and secured their position.

“In the early afternoon I was getting ready to move against the new objective when everything went black,” he later recalled. “The next thing I remember was waking up in an aid station on the beach.”

Evacuated to an army hospital in England, he got bad news: his arm was so badly damaged that surgeons were set to amputate. Schroeder wouldn’t let them, refusing morphine until he had their word. He kept the limb and, despite nerve damage, recovered.

Three weeks after the invasion, while recovering, he learned of his singular exploit on D-Day. The Army, which kept track of such mileposts, announced the news and Schroeder became a paradigm for the victorious assault.

“My wife mailed me some of the clippings of the story,” he told The Sun months later. “The fellows in the hospital really got a kick out of that one. A pilot in the bed next to me suggested that I should go home and start touring the country to sell war bonds.”

Instead, Schroeder spent 30 years in the military, served in the Korean War and retired a colonel in 1971. He and his family settled in Florida, where his Army boots and uniform are displayed in the Armed Forces History Museum in Largo; his M-1 helmet rests in National WW II Museum in New Orleans.

In 1994, on the 50th anniversary of D-Day, Schroeder returned to Normandy, an honored guest of the French government which paid homage to the kid from Linthicum and poster boy for the operation that helped turned the tide in World War II.