The information in the initial report of Russian bounties on U.S. troops in Afghanistan appears to have been based on human intelligence collected in the field from both cooperative sources and through custodial debriefings of captured Afghan militants 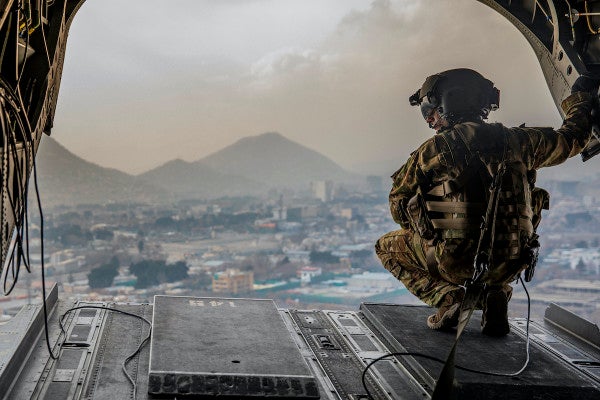 In late June, reports surfaced that intelligence operatives from the Russian military intelligence unit known as the G.R.U. had offered bounties to Afghan militants in return for the killing of American troops in Afghanistan. The story had the hallmarks of a secret Russian covert action campaign and bore similarities to United States efforts in the 1980s to leverage the Afghan Mujahideen to thwart the U.S.S.R invasion of Afghanistan, an operation publically known through the book and film Charlie Wilson’s War. In this case, however, the U.S. and Russian roles are reversed.

The reports of Russian bounties on U.S. troops caused a stir in American media and political circles, with questions surrounding whether President Donald Trump had been briefed on the information and, if so, what actions he had or had not taken in response. The report itself is certainly plausible; many national security and foreign policy professionals consider Russia to be America’s top geopolitical foe and the number one threat to democracy worldwide. The fact that Russia would engage in this activity is not surprising, and if found to be true, America’s retribution should be swift and punishing.

Although not entirely clear, the information in the initial report appears to have been based on human intelligence collected in the field from both cooperative sources and through custodial debriefings of captured Afghan militants. As the story developed, the Wall Street Journal published an article citing disagreement among the 16 members of the U.S. intelligence community regarding the report, with the National Security Agency logging an especially strong dissent. The initial intelligence, it seemed, was not as clear-cut as it appeared.

Humans are imperfect and the information they provide often bears that same characteristic. Human sources have varying motivations, recall, and ability levels, and are prone to misremembering or falsifying information for any number of reasons. Often, raw intelligence reports must be pieced together using partial and incomplete information from sources that have not been fully vetted. U.S. intelligence agencies take great care in providing caveats to information that is incomplete or with questionable sourcing, and the agencies are particularly sensitive to explosive revelations derived from a single source, especially those sources that are not well-established. U.S. intelligence must balance the need to distribute information to the broader community with efforts to ensure accuracy and prevent knee-jerk reactions among politicians and policymakers to intelligence reporting that is not yet fully developed.

Like their sources, intelligence collectors themselves are imperfect. Despite years of training and experience, the pressure cooker of high-stakes intelligence work can poke holes in operations run by even the best officers. An intelligence operative is expected to assess a source’s veracity based on limited, often low-quality face time with the asset during which both are usually under tremendous pressure. They are professionals at analyzing and evaluating a source, and take detailed notes on even their most minute interactions and characteristics. This is all geared toward establishing a broader understanding of the human source to better evaluate the authenticity, truthfulness, and accuracy of their information.

This process is, of course, an art rather than a science. The practice of evaluating another human being is highly subjective and often inaccurate, and depends both on the skill of the intelligence operative, the characteristics of the asset, and luck. The U.S. intelligence community has a mixed record when it comes to determining whether intelligence assets are truly working in America’s interests, or are in fact under hostile control. Between those two extremes exists an entire spectrum of source qualities, which makes the process even more nuanced. One clear example of the difficulty in evaluating intelligence assets was a prominent intelligence failure of the late 1980s, when the C.I.A discovered that almost all of its assets inside of Cuba were actually double agents controlled by Cuban intelligence. This, along with the damage caused by the failure to anticipate events like September 11th and the Arab Spring, have made the intelligence community particularly sensitive to ensuring the accuracy of source reporting.

Further, the U.S. intelligence community expects its operatives to produce impactful, well-sourced reporting, and evaluates them based on their ability to do so. This creates implicit and explicit biases when collecting information, and may make some operatives more susceptible — either consciously or unconsciously — to filling in information gaps and making adjustments to the information to ensure consistency. The vast majority of intelligence officers do their very best to ensure the information they report is accurate, but in a high-pressure world of incentive-driven behavior where the impacts are felt worldwide, efforts in this area sometimes yield uneven results. The need for a complete and impactful report can lead to assumptions about the meaning of certain phraseology, which may be further amplified by linguistic and cultural barriers. Like art, language is often subject to interpretation.

The work of intelligence can be a house of mirrors, and unfortunately, differing personal, political, and other interests can periodically influence the entire intelligence process, despite strong efforts to prevent this from happening. In this particular case, only those individuals privy to the raw intelligence can plausibly evaluate the authenticity of the source, the veracity of the information, and the quality of the collection. A lack of consensus about this information within the intelligence community, while not unusual, certainly indicates that the evaluative process was not yet complete. And the fact that this information was apparently leaked to the media is a disruption to that process.

What is described in the report is well within Russia’s modus operandi. Despite that, the U.S. intelligence community must evaluate each piece of information individually and as a collective body of intelligence. If this information was not raised to the President with the frequency and urgency that some may have expected, perhaps the community was looking to corroborate the reporting before making a definitive determination one way or another. If it was briefed to the President, one should examine the caveats attached to it. Finally, if it turns out that this reporting was, in fact, well-sourced and definitive enough to formulate policy on, and was briefed to the President as such, we must ask what actions, if any, were taken to counter the Russian efforts and what will be done in the future to punish them.

This is a complex situation with many deep intricacies, delving deep into U.S. – Russian geopolitical history and current rivalry. U.S. Secretary of State Mike Pompeo noted recently that he has warned his Russian counterpart of an “enormous price to pay” if the Russian bounty reporting is true. Should further assessment by the U.S. intelligence community corroborate this information or demonstrate its plausibility, Russia must be held accountable. This deserves to be watched carefully, with a discerning and impartial eye, to ensure that future U.S. policy addresses it appropriately.