The Army on its slight increase in recruiting women and minorities: Please clap 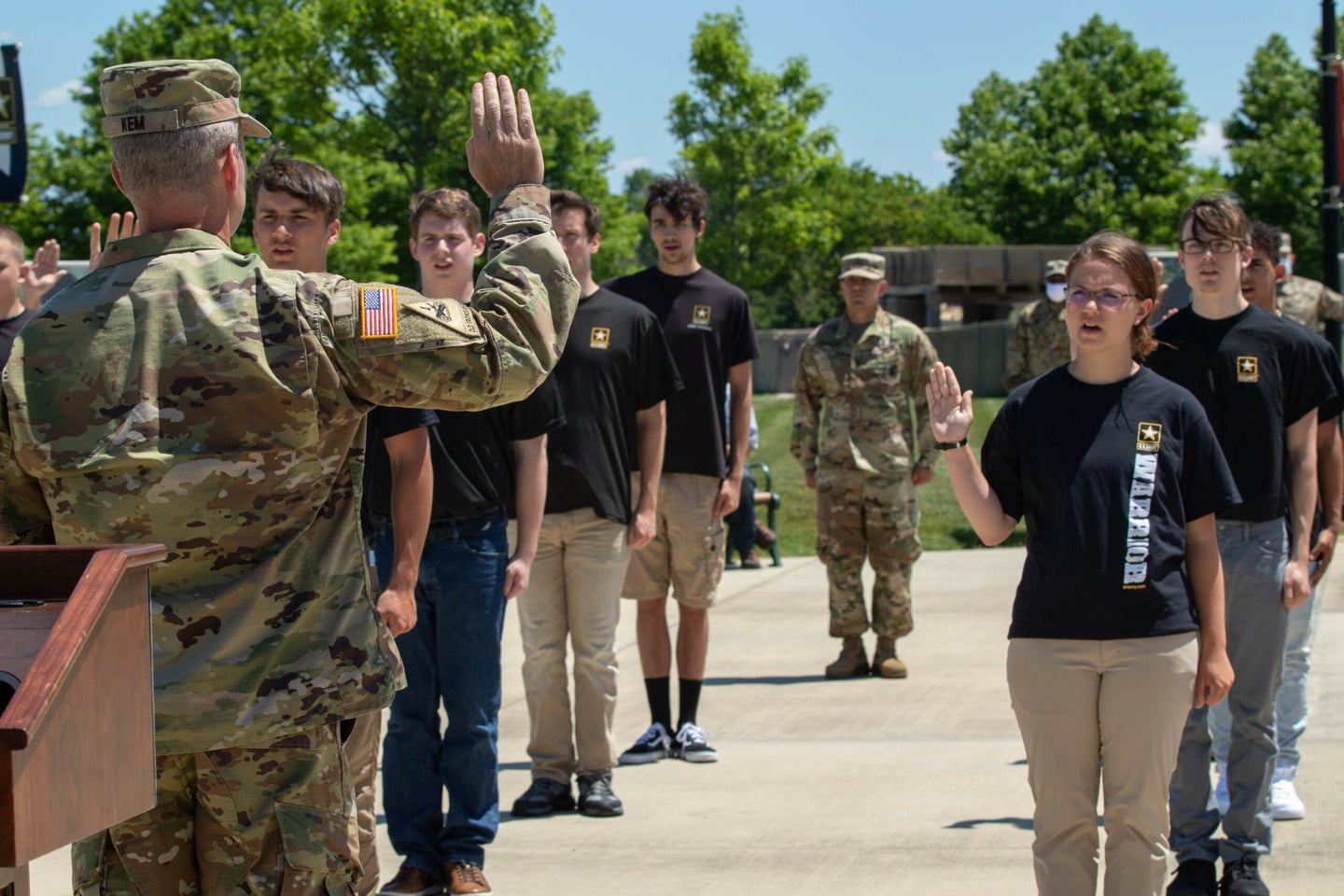 The Army brought in slightly more women into the ranks last year then they have in years past, but service leaders acknowledged on Friday that there’s still work to be done.

The Army is still “not where we need to be,” Vereen said, who attributed the modest increase to having more women work in Army recruiting. “I can’t overstate the effectiveness” of female recruiters, he said.

“It’s worth its weight in gold,” Vereen said. “I tell all my male recruiting non-commissioned officers that you can’t walk in a female’s shoes and explain the experiences of what will occur as a female in our Army … we have really pushed to get more females in recruiting, and that to me has probably been the number one factor that has helped us in trying to grow the population of females in the Army.”

Emma Moore, a researcher at the Center for a New American Security, a nonpartisan think tank, told Task & Purpose that the increase is a good sign, but “a one percent increase over a two year period is … not the leap I think I would like to see.”

“It’s all well and good to recruit women,” Moore said. “But whether or not they can keep them in the service is another big question.”

Lt. Gen. Gary Brito, the Army deputy chief of staff for personnel, announced on Friday that the service exceeded its goal for the total number of soldiers it wanted to have at the end of fiscal year 2020 by a little over 300 soldiers, reaching a force of 485,383 total soldiers.

The service adjusted the number of soldiers it was recruiting in 2020 after surpassing its goal in 2019. And next year, the Army is aiming to increase its total number by somewhere between 1,000 to 1,500 soldiers.

The Army’s recruitment ran into a challenge — like everyone and everything else this year — with the novel coronavirus (COVID-19) pandemic. In March, service leaders announced that they were moving to 100% virtual recruiting. Then a few months later in June, the Army set off on a three-day recruiting spree from June 30 to July 2 called the Army National Hiring Days, during which they attempted to bring in 10,000 new soldiers.

It’s still unclear how many soldiers they actually brought in during those three days. Vereen said on Friday that they are “still assessing the numbers” and they may not know the final results for a few more months as potential recruits who reached out during the hiring days continue signing contracts.

Last year’s recruiting haul saw 47% of recruits coming from minority populations, Vereen added — just a small increase from years past, which is usually in the low 40s, he said.

The Army’s push for diversity and inclusion has only increased in recent months, and on Friday the service leaders made assurances that they were continuing to look at ways to improve recruitment with minorities in the officer ranks specifically, as well as within the broader Army.

“To me, there is no cap — when you look at all the demographics, gender, whether its minorities — there is no cap that we will follow,” Vereen said. “We want to give everybody the opportunity to serve in the military, and that’s really our goal.”