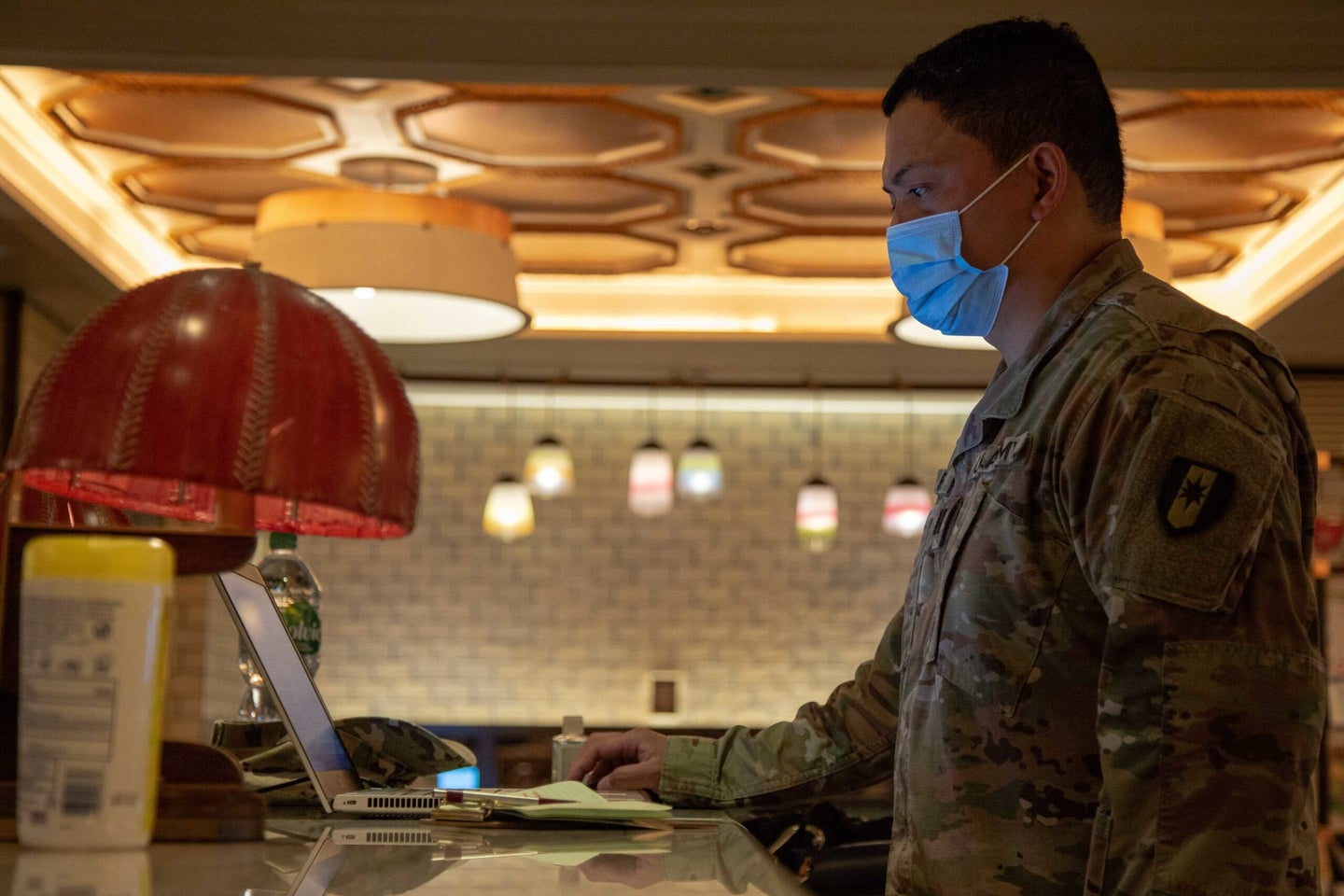 Sometimes, the answer to a problem is right in front of you. But sometimes, if you're the military, that's way too easy and you need to make things a little more complicated just because.

In this case, the Army has started using a system originally meant to help monitor terrorism threats to assist with the fight against the novel coronavirus (COVID-19) by alerting installation commanders to news and updates relevant to their communities — something that, one can argue, could be done for free by Google.

The Joint Analytic Real-time Virtual information Sharing System (JARVISS) — purchased by the Army in April 2018 for $12.5 million and typically used for monitoring terror-related activity and things like active-shooter situations, according to FedScoop — is now being used to help installation commanders better understand how COVID-19 is affecting their community so they can make informed decisions.

And while that is a valid and well-intentioned goal, it appears that the bulk of what JARVISS does for commanders is what tools like Google Alerts and push news notifications do for, well, everyone else with Internet access.

“As the Army phases into a steady state of operations, which is really operating in a COVID environment, JARVISS has the capability of assessing the COVID-19 threat, providing commanders with tools needed to make appropriate decisions,” Maj. Gen. Kevin Vereen, the U.S. Army Provost Marshal General and head of U.S. Army Criminal Investigation Command, told reporters during a call on Monday alongside James Allen, the JARVISS program manager.

The system itself is a mobile and desktop app used to store open-source information from places like social media, news, blogs, and government sources, Vereen said.

Allen explained that the system primarily looks at relevant changes in a community, including things like stay-at-home orders or “prohibitions” put in place by local authorities.

Vereen said that JARVISS sends alerts “sort of like when you get a … breaking news story that automatically comes to your phone in sort of a message,” and that you can program it to focus in on one specific area: “It can be programmed so that it’s geospatial in nature, looking at a specific location.”

For context, Google Alerts does something eerily similar: users can choose key terms, such as “Fort Bragg,” for example, and determine what sources they're interested in seeing (news, blogs, books, etc.), and how often they want to be alerted to new content from those sources that include their key terms (as it happens, once a day, or once a week).

And the best part is, it's free!

On Monday, reporters asked what kind of information is furnished through the JARVISS network and what kind of decisions it's helping commanders make. Does the system provide information on testing capabilities in the area?

Another reporter asked if the system was being used to help determine when and where recruits could ship out to basic training given that some were delayed depending on what area of the country they were coming from and if that area was considered a hot spot for COVID-19.

Not exactly, Vereen said; other data sources are being used for that.

Yet another reporter asked if maybe JARVISS shows how many positive COVID-19 cases are in the community outside an installation and, more broadly, positive case numbers within the U.S. military?

Nope — unless those numbers are in a local media report that JARVISS picks up.

Vereen added that soldiers don’t necessarily need JARVISS. After all, they probably have other tools that do the same thing.

“I think our soldiers are equipped with so much other data applications that I would tell you, they probably have something similar to JARVISS — and I’m not necessarily saying it’s better — but one thing about our generation of soldiers is they’re very good at getting information, and so I don’t think there’s a lack of information on their part,” Vereen explained.

“They probably have more than we would ever be able to think of. But I know that for this tool, for JARVISS, really what we want to be able to allow are our commanders, our leaders…to be able to make decisions so they can protect the force, protect the service members…and their families.”

When Task & Purpose asked for further clarification about why the system was necessary as a middle man between the source of the information and the commanders who need it, Allen disagreed with the characterization.

“JARVISS isn't really a middle man, but it's kind of wading through everything and pulling out the most important, relevant information to save commanders the time … This is kind of … hand-picking that data that's emergent and relevant and getting it to them in a very quick and efficient manner.”

All this is not to say that JARVISS isn't useful in other situations; it was originally developed after the Fort Hood shooting in 2018, per an Army release, and is “designed to target criminal activity and natural disaster information.” Vereen explained that it is used to pull information from local and state law enforcement reports, and there is surely a benefit in having immediate alerts from law enforcement about an issue unfolding near an Army installation.

But in this case, it seems the COVID-19 information Army leaders are looking for is already available on the broader Internet —  and the tool they’re looking for, that can alert them to what’s important and relevant to their installation, already exists.

Ah, the beauty of technology: if it exists for free, there's a good chance the Army will pay for it.