There's also a $50,000 enlistment bonus for people who ship out quickly. 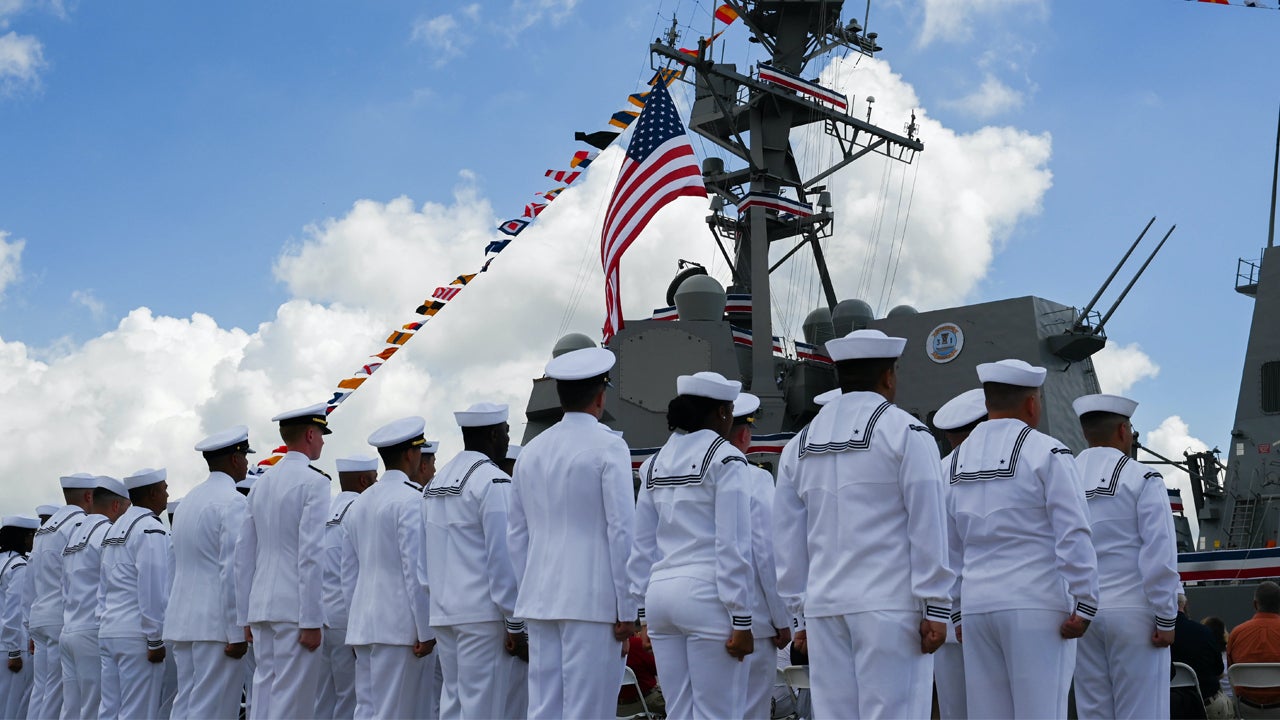 Money talks. In a time of inflation and a competitive  job market, the military has been trying to entice people to enlist or reenlist in the armed forces to meet  service goals.

The latest to get into the mix is the Navy. According to a service memo released on Thursday, Aug. 4, the service branch is offering an enlistment bonus of $50,000 to future sailors and any Navy veteran or other service veteran who signs up for the Navy. After all, what’s more enticing than money upfront? Well it’s 2022 and student loan debt is a major issue weighing on people. The Navy’s other new incentive is a loan repayment program, with a maximum of $65,000.

There’s a catch. In fact there are several. Anyone interested in qualifying must be ready to ship out by the end of September. For any veterans of the Navy or other service branch, they must also reenter active duty at a pay grade at or below E-4, and also must not have received an enlistment bonus in their first time serving. So it’s a limited window. But by the memo’s own admission, this is an effort to quickly get trained and ready sailors into the Navy to maintain and “ensure Fleet readiness.”

It is also worth noting that the two financial incentives are separate programs, not one guaranteed bonus of more than $100,000. They can both be earned for a total of $115,000, but some sailors might only get one or the other, according to Rear Adm. Lex Walker, Commander Navy Recruiting Command. “They are not mutually exclusive, so if a Future Sailor maximizes both, that adds up to a life-altering $115,000, and the opportunity to serve in the world’s finest Navy,” Walker said.

“If you are a Sailor, Marine, Airman, Soldier, Guardian, or Coast-Guardsman who recently separated, this is an opportunity without precedent,” added Walker. “And if you have student loan debt, you could be eligible for the Loan Repayment Program if you ship in any month of any fiscal year while the program remains active.”

If they do decide to reenlist with the Navy, veteran sailors don’t need to go to boot camp again. Veterans from other services have to attend an evaluation course, but not a full basic training program.

As noted, the Navy isn’t alone in this. Military recruitment has been strained. Every branch, from the Air Force to the Navy, has been having difficulty retaining and bringing on new talent. The Navy has been dealing with a morale problem, with desertions up. The Army has been ramping up various kinds of bonuses to try and get people to enlist and quickly deploy to boot camp. That includes a $50,000 bonus of its own. The Navy is trying to match that, and the added student loan repayment is definitely an attempt to make the branch more enticing.