US Army fails to meet its recruitment goal by 15,000 soldiers

The Army Reserve and National Guard might be needed to augment the active duty force. 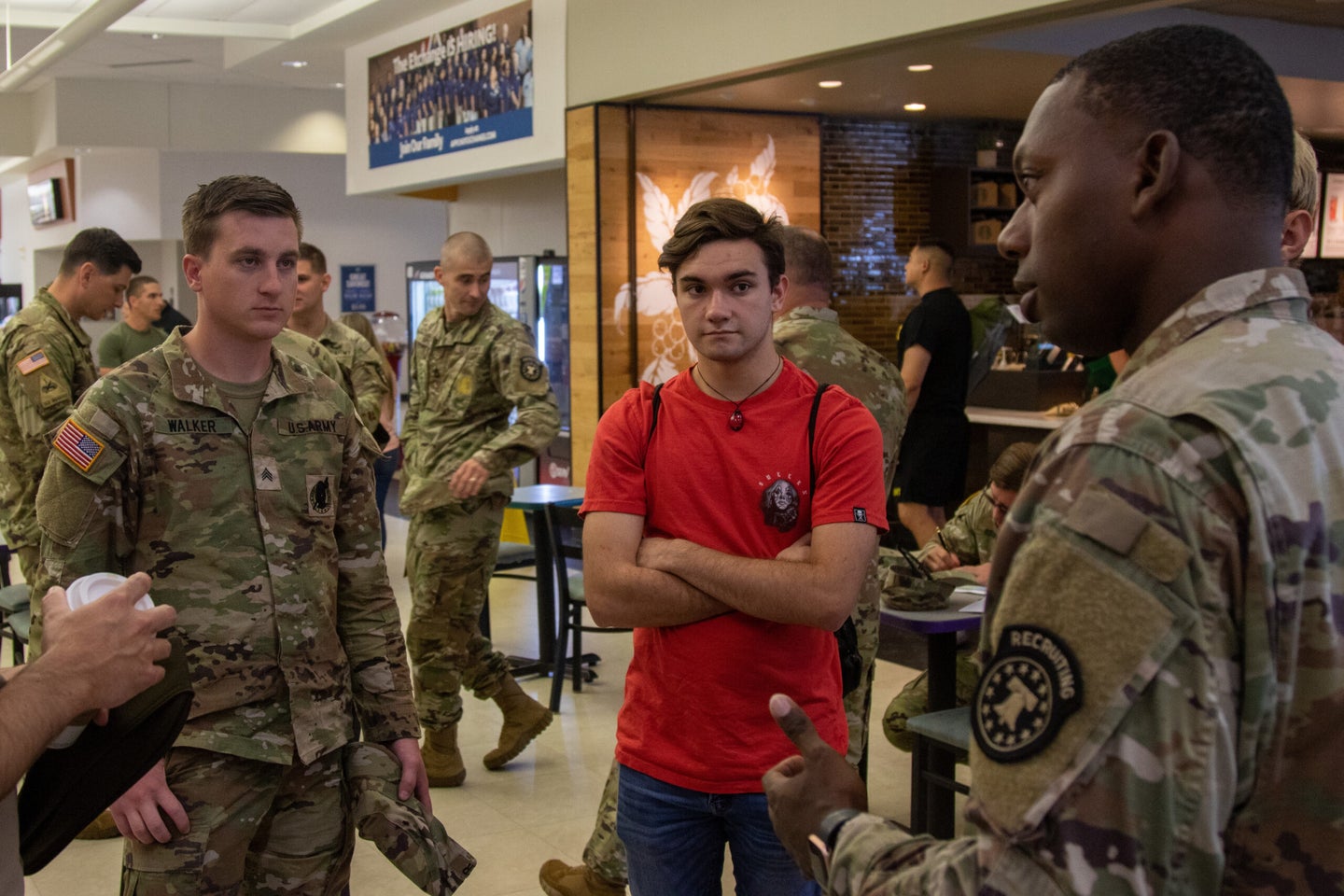 Despite steep enlistment bonus packages and new programs to prepare potential recruits, the U.S. Army failed to meet its recruiting goals, by a large margin. At the close of the fiscal year, the Army only drew in 45,000 new recruits, three quarters of the goal of 60,000 new soldiers.

The Associated Press first reported on the news. Secretary of the Army Christine Wormuth told the news agency that it’s been the “most challenging” recruiting year for the force since the end of the draft.

The new enlistment numbers are bigger than what the Army had been tracking this summer, expecting to fall short only by 10,000 instead of a full quarter of its goal. And it’s not for lack of trying to be more appealing. The Army has tried several methods to entice new soldiers, mostly financial ones. That includes various enlistment bonuses, up to $50,000 for new soldiers who enlist and quickly deploy to basic training.

What does that mean for the Army going forward? It’s unclear the immediate impact, but the scale of the recruiting shortfall means some changes could be coming in the coming months.

“The Army will maintain its readiness and meet all our national security requirements. If recruiting challenges persist, we will draw on the Guard and Reserve to augment active-duty forces, and may need to trim our force structure,” Wormuth said in a statement to The Associated Press.

Although the Army is having serious trouble bringing in new soldiers, it is doing a better than expected job at retaining existing ones. This summer the service surpassed its retention goal, with more than 57,000 soldiers re-enlisting. That is expected to help cushion the recruiting shortfalls.

The struggle to entice more Americans to sign up for the service has been happening even as the Department of Defense found that more than three-quarters of people ages 17-24 would be ineligible to serve. The 2020 Qualified Military Available Study, whose results were only just published, said that without a waiver, young Americans wouldn’t meet current standards due to various health issues, from weight to drug usage. This summer the Army started a pilot program, the Future Soldier Preparatory Course, which would train potential recruits both physically and academically so they could meet enlistment standards. That is still being evaluated.

Even as the deadline shrank for the Army to meet recruiting goals, Army leadership stressed it wasn’t looking to lower standards as they had done in the past. Army Chief of Staff Gen. James McConville even said it would “achieve squat.” It’s unclear what the Army will do in the new fiscal year to reverse the recruiting troubles.

“We remain committed to maintaining our standards, investing in America’s youth, and emphasizing quality over quantity,” McConville said to the Associated Press in response to this fiscal year’s shortfall.