The Army won’t lower its standards to meet recruiting goals, at least not this time

The days of easing age and physical fitness requirements aren't coming back, the Army's chief of staff said. 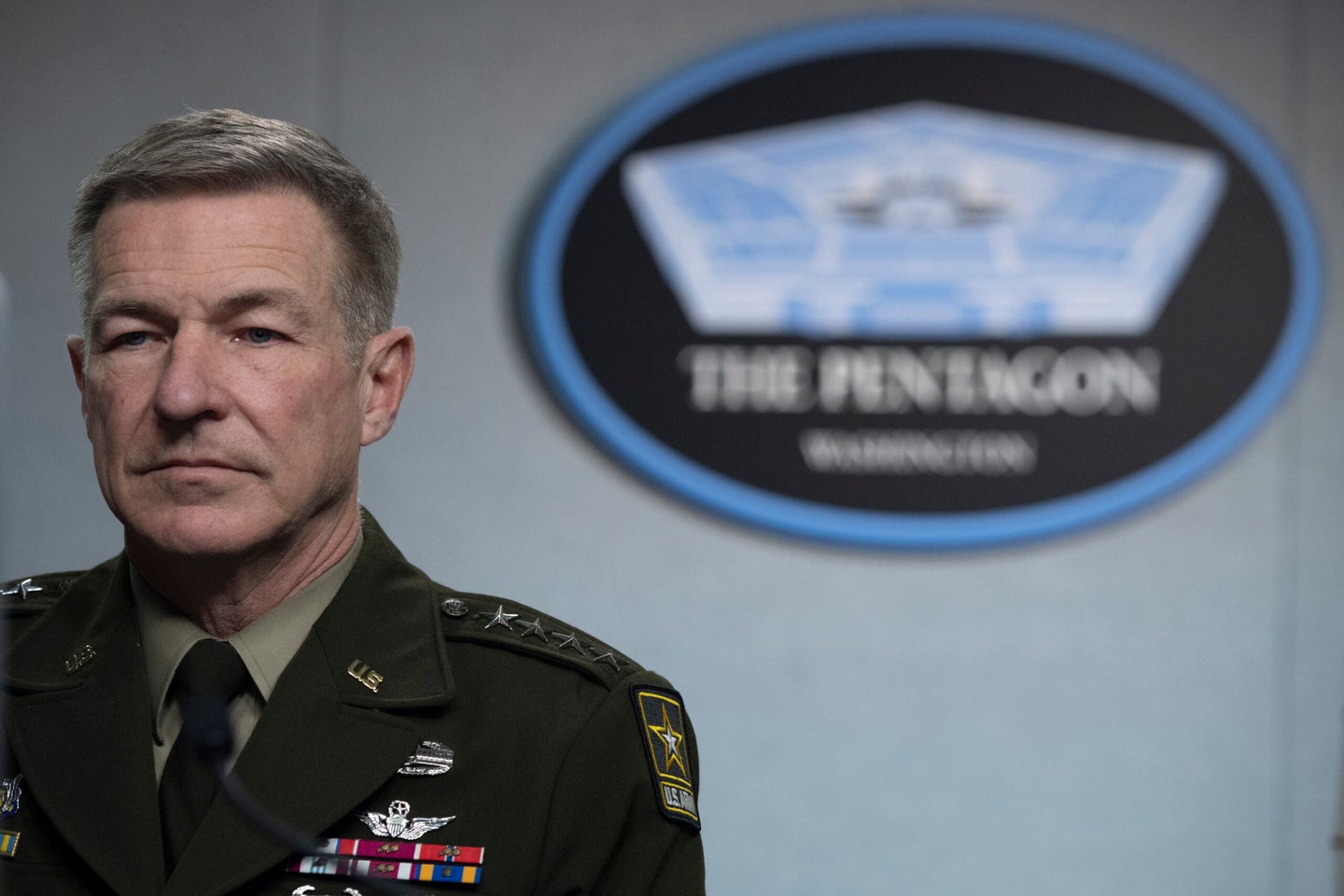 The Army really needs more soldiers, but it’s having trouble bringing them in.

The Army expects to be short of its goals by 10,000 recruits this fiscal year. It’s trying a lot of methods to boost last-minute recruitment. But the one strategy it won’t do is drop the standards to expand eligibility, according to General James C. McConville, the Army’s chief of staff. At least, not again.

“What I don’t want to do, and we’ve done this historically, is lower standards and convince ourselves that’s the right thing to do,” Military.com reported McConville telling reporters on Thursday, July 28. Doing so would “achieve squat,” McConville added.

He’s not wrong. The Pentagon has, in the 21st Century, changed its eligibility standards several times to help meet troop goals. During the wars in Iraq and Afghanistan, as the campaigns dragged on, it eased age restrictions to widen the applicant base. It also increased the cap on “Category IV” recruits who received low scores on aptitude tests. That was as negative feedback toward the wars hurt the military’s public image.

That’s not a strategy McConville and the Army are seeking to revisit. Even in June, the Army briefly toyed with dropping the need for recruits to have a high school diploma if they quickly went to boot camp, but reinstated the rule days later after criticism.

So instead the Army is trying to find ways to make potential recruits eligible for service. Fitness in particular has been weighing on the Army this year. Even though the Pentagon doesn’t think highly of the physical durability and fitness of Generation Z (or as it calls it for some reason, the “Nintendo Generation”), the Army has been focused on making sure those who do join are capable.

And the Army really wants to make sure recruits are up to the standards. Next month the Army launches its Future Soldier Preparatory Course, designed to help get potential recruits up to standards for aptitude and fitness tests. It’s at maximum 90 days, and if successful could be expanded to help get more recruits ready for boot camp and enlistment. As Task & Purpose reported this week, scores on aptitude tests have declined by as much as 9%.

To help overcome the recruiting woes, the Army is trying a lot of tactics to make it more appealing. The chief strategy has been money. Lots of money. The Army has been offering several different enlistment bonuses, with more money (up to $50,000) for the faster someone is willing to start training. Other changes have been easing regulations regarding tattoos. Right now it seems the Army wants to do as much as it can to open the ranks to new members without lowering what it wants.

The Army itself isn’t alone in the recruitment struggle. The other branches of the Pentagon are also trying to meet their enlistment goals, hampered by reports of poor morale and conditions. Efforts to bring in more troops have included even setting up information booths for the Navy and Air Force outside of screenings of Top Gun: Maverick. It’s not quite the media blitz the military did in the 1970s however.