90 more days of training. What’s not to love? 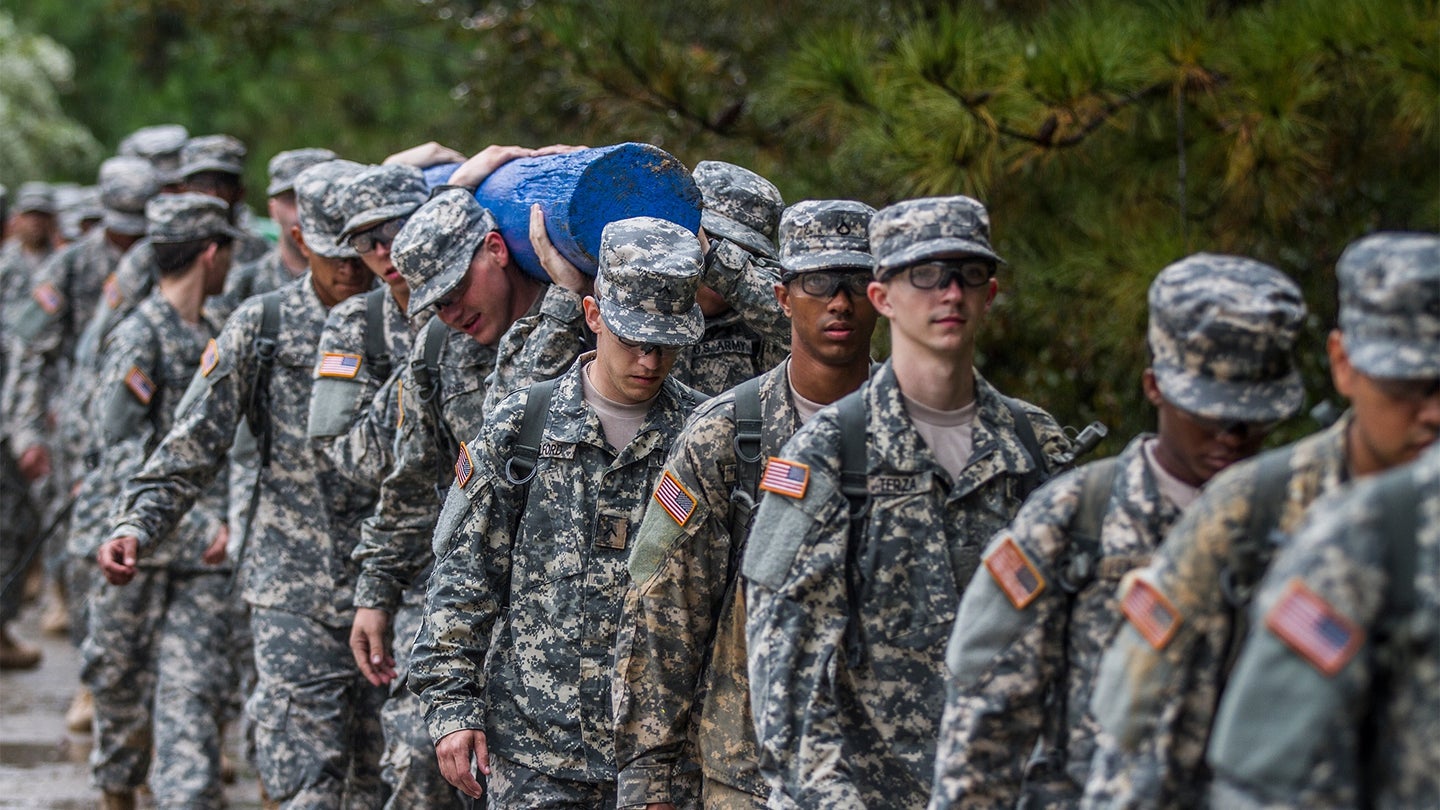 It’s getting harder and harder to find people to enlist in the Army. With the service expected to miss its projected end strength for this fiscal year by about 10,000 people, the Army isn’t in a position to turn any potentially qualified applicants down. That is why it is considering establishing a prep school of sorts for people who don’t meet the minimum aptitude or body fat percentage requirements to enlist. A basic training course to get ready for basic training, if you will.

Dubbed the Future Soldier Preparatory Course, the pilot program will begin in August at Fort Jackson, South Carolina. The Army has already identified about 2,000 applicants that may be eligible to participate.

At a Tuesday roundtable, Army officials acknowledged that the prep school was being established in response to rising obesity rates and declining test scores, both of which have increased in recent years.

“Through the Future Soldier preparatory course the Army will provide focus, academic and fitness instruction for those who have the desire and ability to achieve the Army standards,” said Lt. Gen. Maria Gervais, deputy commander of United States Army Training and Doctrine Command (TRADOC). “I am confident that given the right instruction and professional support, these trainees will be able to be able to perform successfully and meet the standards expected of every soldier.”

The prep course will be broken down into two programs, one focused on academic improvement and one of physical improvement. The prep course is designed to last a maximum of 90 days, with opportunities for those enrolled to leave for basic training earlier if they meet Army standards. Those who still fail to meet minimum standards after 90 days will be chaptered out of the Army as an entry level separation, meaning they can re-enlist after six months.

Applicants will enlist under 09M delayed training contracts, and be supervised by drill sergeants, civilian instructors and other active-duty skills instructors.

While participants will be in uniform and both the academic and physical programs will include some basic military instruction such as customs and courtesies, the emphasis will be on teaching necessary skills, according to Fort Jackson’s commander, Brig. Gen. Patrick Michaelis.

Eligible candidates for the program are individuals who have 2-6% more body fat than minimum Army standards, or those who have an Armed Forces Qualification Test (AFQT) score of 21-30. Recruits with an AFQT score between 42-29 can voluntarily attend both the physical and academic boot camps as well.

The physical component of the prep course will focus on putting “these delayed trainees that come into Fort Jackson with dieticians, with athletic trainers, and in really exposing them to the components of holistic health and fitness,” said Michaelis.

On the academic side, Army officials noted that declining scores may be related to the recent increase in remote learning. Gervais said that scores on the Armed Services Vocational Aptitude Battery (ASVAB) have declined overall by as much as 9% since the beginning of the COVID-19 pandemic.

Rather than just having potential recruits keep taking the ASVAB until their score is high enough, Gervais said, “we’re going to invest in you and give you a little more structured environment and provide the opportunity to improve the score on your test.”

The first iterations of the prep school for basic training begin next month at Fort Jackson and continue into next year as the Army evaluates their success.

With only about 23% of younger Americans eligible to serve and even with enlistment bonuses of up to $50,000 not doing the trick, the idea of running a basic training program for basic training may not be so bad.