An F-35 Lightning II's landing gear collapsed during landing at Hill Air Force Base in Utah on Monday, the base announced 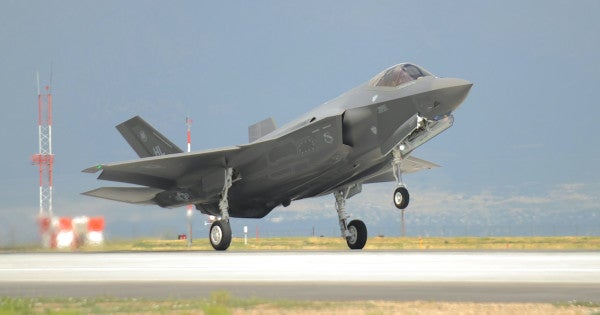 An F-35 Lightning II's landing gear collapsed during landing at Hill Air Force Base in Utah on Monday, the base announced.

The aircraft, assigned to the 388th Fighter Wing, was landing around 10:45 a.m. local time following a routine training flight, the 75h Air Base Wing told The War Zone in a statement.

The pilot was able to exit the aircraft safely and is currently undergoing a routine medical evaluation, according to the statement.

Training flights and air traffic are currently suspended at Hill AFB following the incident, which is currently under investigation.

The incident comes less than a month after an F-35A Lightning II assigned to the 58th Fighter Squadron crashed upon landing at Eglin Air Force Base in Florida.

That crash followed a separate incident at Eglin AFB during which an F-22 Raptor assigned to the 325th Fighter Wing crashed on a training range northeast of the base.

The back-to-back incidents triggered a brief suspension of flight operations, as Military.com reported at the time.