A fire engulfed a hangar at Minot Air Force Base in North Dakota early Saturday evening. 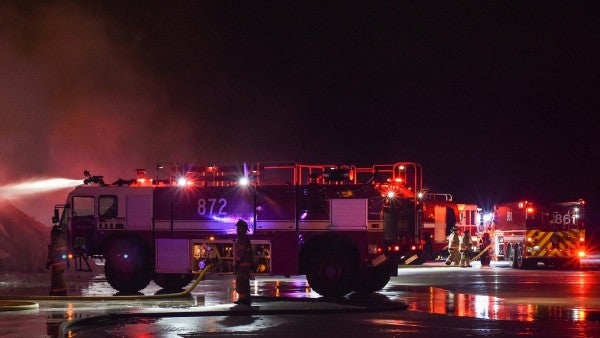 A fire engulfed a hangar at Minot Air Force Base in North Dakota early Saturday evening.

According to a statement posted to the base's official Facebook page, the fire broke out at 5:15 p.m. in building 733, an unoccupied hangar used for “overflow snow removal equipment and transient alert equipment.”

No other buildings were affected and no one was injured. The hangar did not have any personnel or aircraft inside and the cause of the blaze is still under investigation.

A video posted to Air Force amn/nco/snco appears to show the fire, according to KX News.