Can US troops face life in a Kuwaiti prison for selling pork? An investigation

There are few phrases that get our attention quite like “illegal pork smuggling ring." 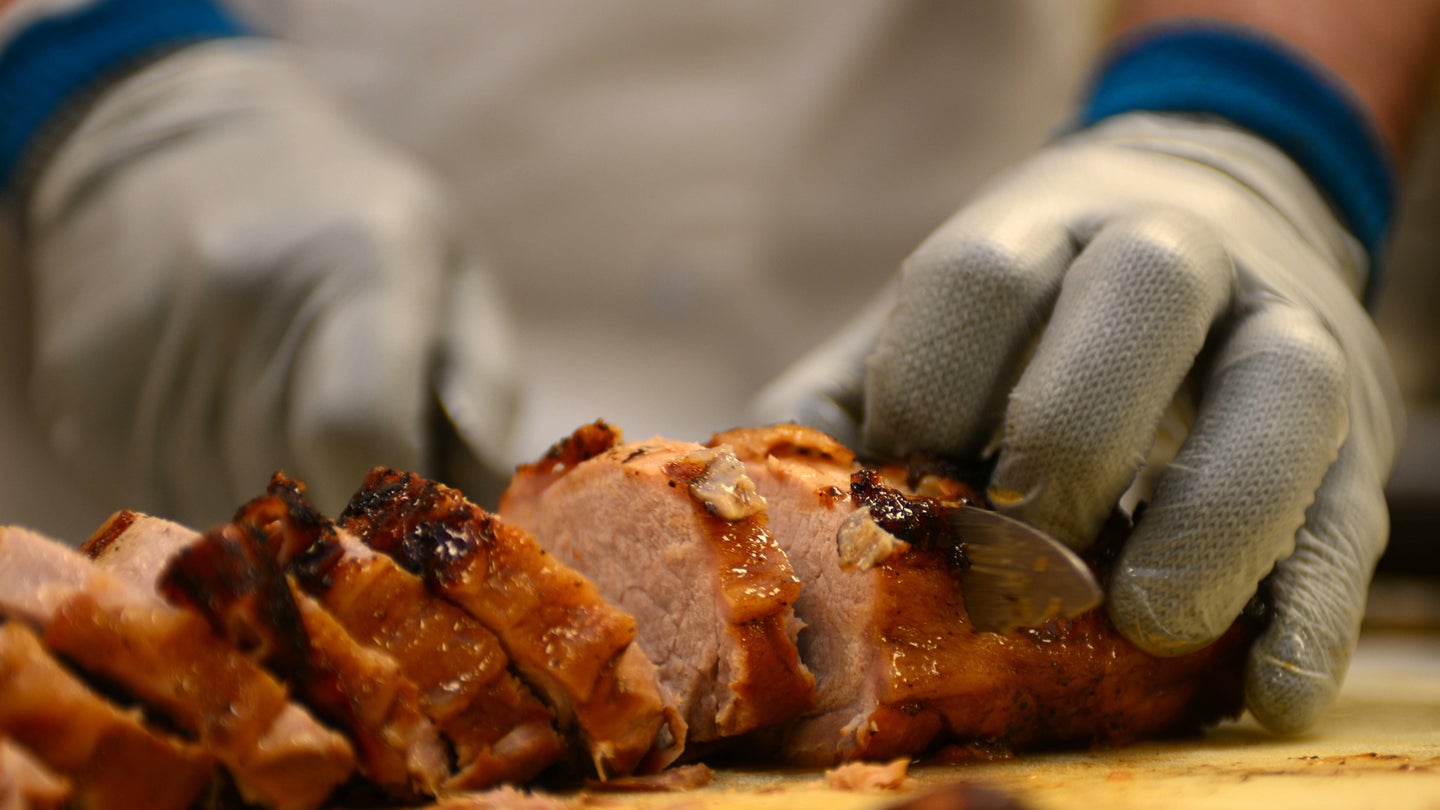 There are few phrases that could get my attention quite like “illegal pork smuggling ring,” so when I saw it on Twitter earlier this month my interest was absolutely piqued.

On Dec. 1, @LethalityJane tweeted a photo of a Reddit post which seemed to say that U.S. soldiers stationed in Kuwait were participating in some kind of pork black market off-post:

The Reddit post, found in the unofficial Army Reddit channel, consists of a photo of what appears to be a flyer saying pork products “will no longer be sold at the PX due to the creation of a Black Market Ring off post.”

“The penalty for SELLING pork off post is a life sentence,” the paper says. “A $30 bundle of pork sells for upwards of $200 off post. Until CID completes their investigation, pork will not be sold at the PX.”

Needless to say, I had a lot of questions, but what I thought would be a quick story turned into something a tad more difficult.

First and foremost, a spokesman for the U.S. Army Criminal Investigation Command (CID) confirmed that they are indeed currently investigating a pork smuggling ring among U.S. forces in Kuwait.

“I can confirm Special Agents from the U.S. Army Criminal Investigation Command are investigating allegations of abuse and illegal resale of pork products at [Army and Air Force Exchange Service] in Kuwait,” Chris Grey, spokesman for CID, told Task & Purpose. “Due to the ongoing investigation, no further information will be released at this time to protect the integrity of the investigative process.”

But unlike what the flyer on Reddit says, it seems pork products are still (for now) being sold on military installations in Kuwait; a spokesman for AAFES said there has been “no change to the Exchange’s stock assortment in Kuwait.”

But one question remained: could a U.S. service member caught selling pork off-post really face life behind bars? And furthermore, who in God’s name would risk a sentence like that for a few hundred dollars?

Kuwait is a Muslim country, where pork is strictly prohibited. And if an American is selling prohibited pork on Kuwaiti soil, then they could be punished under Kuwaiti law. According to the State Department’s Overseas Security Advisory Council, U.S. citizens “are subject to the country’s laws and regulations” in Kuwait.

“Violating the laws of Kuwait can result in detention, arrest, a prison sentence, fines, and/or deportation,” OSAC’s website says. “Examples of common crimes include possession, use, or trafficking of illegal narcotics, pork, firearms, counterfeit goods, and alcohol.”

But how long of a prison sentence could someone receive? Could it really be for life? There have been reports of Americans facing extreme conditions in Kuwait over things like drug charges, which OSAC seems to say falls into a similar category as pork.

Indeed, the New York Times reported in October that 28 private contractors have done prison time in Kuwait for drug charges over the last five years after they “were convicted without due process under Kuwaiti law.”

“Some say they were tortured into making false confessions — claims sometimes supported by the State Department’s own records,” the New York Times reported. “Most of the contractors say that Kuwaiti police trumped up minor personal drug use into serious trafficking charges, often building off the coerced confessions.”

But the U.S. military also has a Status of Forces Agreement with Kuwait which ” typically requires to ensure that U.S. forces are subject only to U.S. law,” according to a Congressional Research Services report on Kuwait from October.

When asked if someone selling pork off-post could receive a life sentence, Grey said he was not in a position to answer. And after spending a not-insignificant amount of time browsing the internet, I was still coming up empty-handed.

I started reaching out to various think tanks around the country, hoping to find an expert who might have some insight on this. Despite sending a plethora of emails to very serious and distinguished people — about something on Reddit, mind you — this effort also proved unsuccessful.

I turned to the State Department, which yielded no results. (What, do they have more important things going on than getting to the bottom of a pork smuggling ring? Surely not.)

I also submitted two separate inquiries to the Kuwait Embassy in Washington, D.C. that, as of Dec. 18, have gone unanswered. A series of phone calls to the embassy were also unanswered.

All the while, I was also reaching out to sources even tangentially related to Kuwait. They reached out to their connections, and eventually I was given the contact information for Hussain Abdul-Hussain, the Washington bureau chief for Al Rai, a Kuwaiti newspaper.

“To my knowledge, there are no known precedents of U.S. troops being summoned before Kuwaiti courts,” Abdul-Hussain told me. “If Kuwait has complaints about certain soldiers, they take it up with U.S. command in Kuwait.”

So there you have it, folks. A life sentence for selling pork in Kuwait seems unlikely, but if I were you, I probably wouldn’t risk it for a few hundred bucks. You’ll be achin’ for a lot more than bacon.

Update: This post has been updated to include additional information about a Status of Forces Agreement between the Defense Department and Kuwait.