The base's decades-old barracks have had repeated issues with mold in recent years. 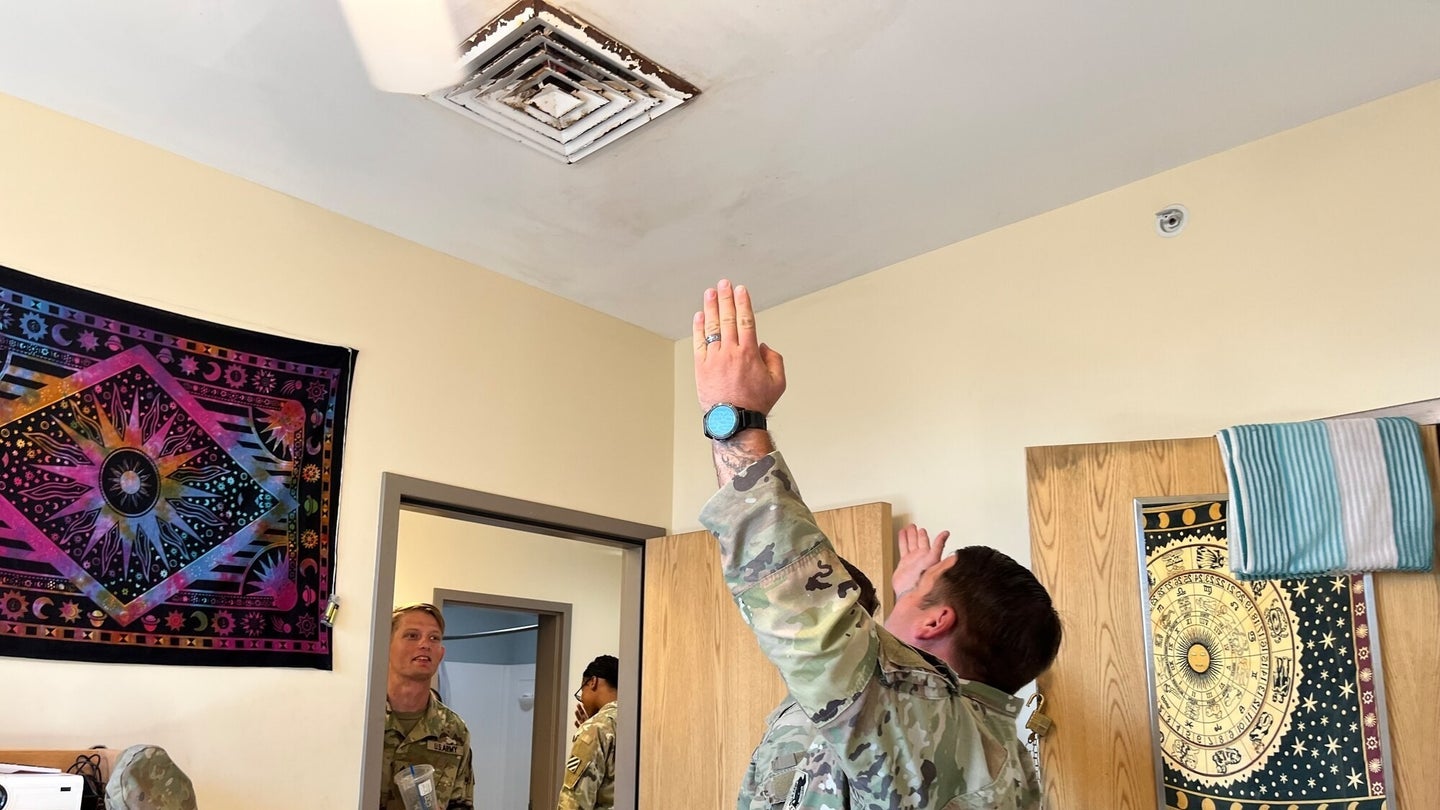 The military has been dealing with mold and mildew outbreaks at bases over recent years, and now there’s another incident.

“No one individual, group of individuals or agency here is responsible for or able to fix these concerns on their own. It’s a ‘whole of community’ effort,” he said at the time.

On Friday, base leaders sent out directives to try and address concerns. The Army says that part of the problem is simply the humid nature of coastal Georgia in the summer, but it is rolling out other options to fight mold. Those include setting up dehumidifiers in common areas and near spaces with mold, providing PPE and cleaning gear to soldiers for cleaning smaller-scale mold so they don’t have to pay out of pocket — although it’s on them to clean those minor cases. For bigger, more severe cases of mold, or if it’s suspected to be in the HVAC system, the 3rd Infantry Division is asking soldiers to file work orders with the Director of Public Works. The Army also plans more frequent inspections of the barracks for such issues.

So far mold has been mainly in the barracks. The Volunteer Army barracks were built between 1977-1984 and by the Army’s own admission “do not meet the current standards established by the Army for private space and amenities.” The 3rd Infantry Division and base officials have not said if any soldiers will be or need to be relocated.

This also isn’t the first time Fort Stewart has had to deal with mold. In 2019 it became a problem, and the base even sent out a fact sheet, telling soldiers how to identify the severity of mold and whether to clean it themselves with a rag and vinegar or call in the Director of Public Works.

Cases of mold on bases stem from several issues — aging barracks, a changing climate making many areas where the military has set up installations hotter and wetter and lack of regular inspection. In Fort Bragg, mold at the Smoke Hill Barracks is forcing the base to relocate up to 1,200 soldiers to safer housing. As of week’s end, 489 soldiers have been moved, according to the base.