“The health and well-being of all of our sailors is our top priority.” 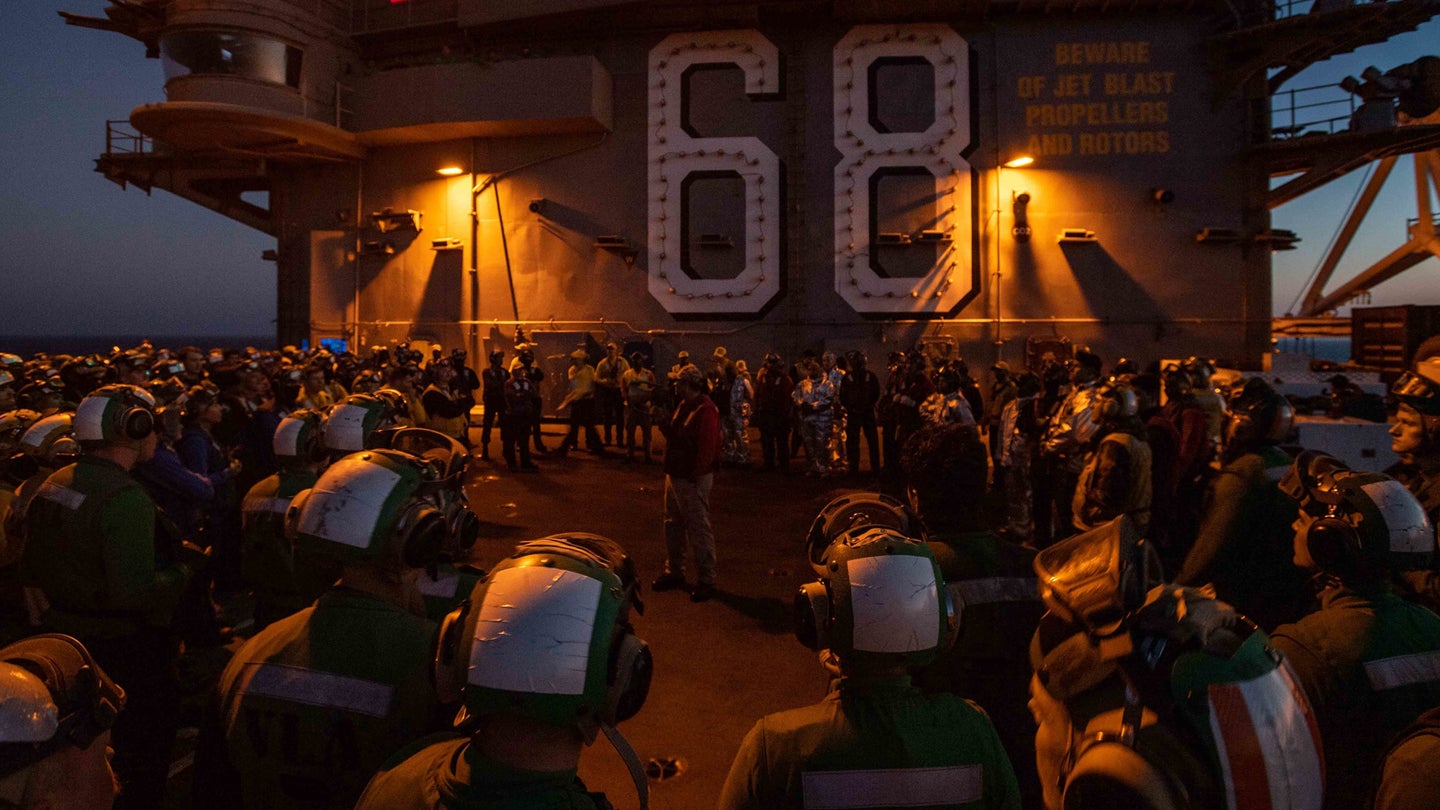 At least five sailors aboard the USS Nimitz have health concerns that “may have been related” to the jet fuel that leaked into the carrier’s potable water supply this month, the Navy announced in a statement on Thursday.

The Navy confirmed last week that “traces of jet propellant-5 (JP-5)” was found in the ship’s water supply on Sept. 16 while operating “off the coast of southern California.” The statement provided on Sept. 21 said that the crew conducted “a thorough flush and inspection of its potable water system,” and that the water onboard the ship was declared “safe for use” on Sept. 19. But on Sept 27, the Navy said additional testing of the water on Sept. 21 found “detectable traces of hydrocarbons” in the water.

Now, the Navy has said that at least five sailors could possibly have health issues related to the contamination.

“The health and well-being of all of our sailors is our top priority,” Cmdr. Sean Robertson, a spokesman for U.S. Third Fleet, said on Thursday. “To that end, Nimitz leadership encourages the crew daily to report to medical immediately if they exhibit any illness or injury that could potentially be caused by exposure to contaminated water. To date, five sailors have reported health concerns that may have been related to the water issue. These sailors are being closely monitored by health officials.”

It’s unclear when the five sailors reported having health concerns since the contamination was discovered. The Navy said on Tuesday, and reiterated on Thursday, that the ship has been hooked up to San Diego’s water supply since Sept. 17 and therefore had “safe” water aboard the Nimitz. Free bottled water was made available to the crew, Robertson said.

He added that the Navy has since discovered the source of the fuel leak, which was one of the 26 potable water tanks on board the ship. The contaminated tank “has been isolated from the potable water system,” as have three other nearby tanks as “an added precaution.” Since Sept. 24, Robertson said, Carrier Strike Group 11 has begun a Composite Training Unit Exercise, or COMPTUEX, with embarked staff operating aboard the Nimitz.

“Nimitz began targeted flush and fill operations Sept. 17, and will continue flushing and testing to ensure the safety and wellbeing of our sailors,” Robertson said. “To date, more than 800,000 gallons of city water have been used in the process.”