The Veterans of Foreign Wars didn't mince words in its denunciation of Sen. Mike Enzi (R-Wyo.) on Tuesday, who the... 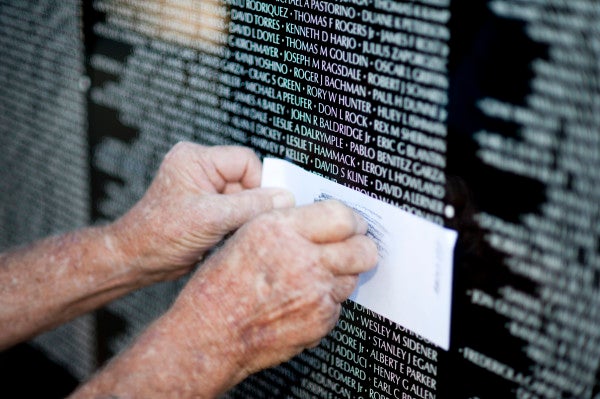 The Veterans of Foreign Wars didn't mince words in its denunciation of Sen. Mike Enzi (R-Wyo.) on Tuesday, who the group said had “obstructed” a bill for offshore Navy Vietnam Veterans suffering from illnesses stemming from Agent Orange exposure.

“My disappointment with Senator Enzi's obstruction is beyond measure, because what he did was fail to take care of forgotten veterans who were exposed to toxic substances, and he failed to take care of their children who sadly inherited a toxic legacy,” VFW National Commander B.J. Lawrence said in a statement.

“The VFW nor its members will forget this.”

The bill, known as the Blue Water Navy Vietnam Veterans Act, or H.R. 299, would extend eligibility for health care and disability benefits to service members who served aboard ships off the Vietnam coast. It had received backing from the VFW, American Legion, Disabled American Veterans, and Paralyzed Veterans of America, which said in a joint statement in September that it provides “long-delayed justice” to aging veterans who “continue to suffer and die from illnesses that have already been legally and scientifically linked to Agent Orange exposure.”

The bill passed the House 382-0 in June, but when it came up for unanimous consent in the Senate, Enzi raised his objection.

“On this bill, many of us have been made aware of the potential cost growth and the budgetary and operational pressures that would happen at the VA. They’re having a lot of problems, anyway,” Enzi said, according to Stars & Stripes.

“There’s clearly more work to do just on figuring out the spending and administration of this and the deficit impacts this bill will have.”

The VFW, however, wasn't buying the cost argument: “If we can afford to send veterans to war, it’s unacceptable that we can’t afford to take care of them when they return home wounded, ill or injured,” Lawrence said in his statement.

In its joint statement, the veterans' groups cited a 2016 report from The National Academy of Medicine (formerly the Institute of Medicine), which said, “it is generally acknowledged that estuarine waters became contaminated with Herbicides and dioxin as a result of shoreline spraying and runoff from spraying on land, particularly in heavily sprayed areas that experienced frequent flooding” while adding that there was no scientific basis for discriminating between veterans exposed to the toxin on land or at sea.

The chemicals — whether from runoff, leakage or dumping — could have ended up in the rivers and harbors, which flowed out to U.S. ships at sea. The Navy ships sucked in seawater and distilled it for use, possibly exposing thousands of sailors to the chemical dioxin.

A 2011 report by the Institute of Medicine found that this process not only would have left the chemical in desalinated water, but would have enriched it by 10 times. Smith says while he doesn’t think he came into direct contact with Agent Orange like many ground troops and Vietnamese, he believes that he and his fellow sailors drank and showered in contaminated water.

Although Vietnam veterans who served on land during the war are presumed to have been exposed to Agent Orange, about 52,000 served offshore and are not currently eligible for that presumption. The Congressional Budget Office estimated roughly 30,000 of those veterans were still alive and, if the bill passed, would be eligible for disability compensation and survivors' benefits would be given to their families, costing the government about $1.1 billion over the next 10 years.

Senate Majority Leader Mitch McConnell could still save the bill if he schedules a vote before the 115th Congress finishes out its term within the next few days. The next Congress will have to start from scratch if it doesn't pass this year.