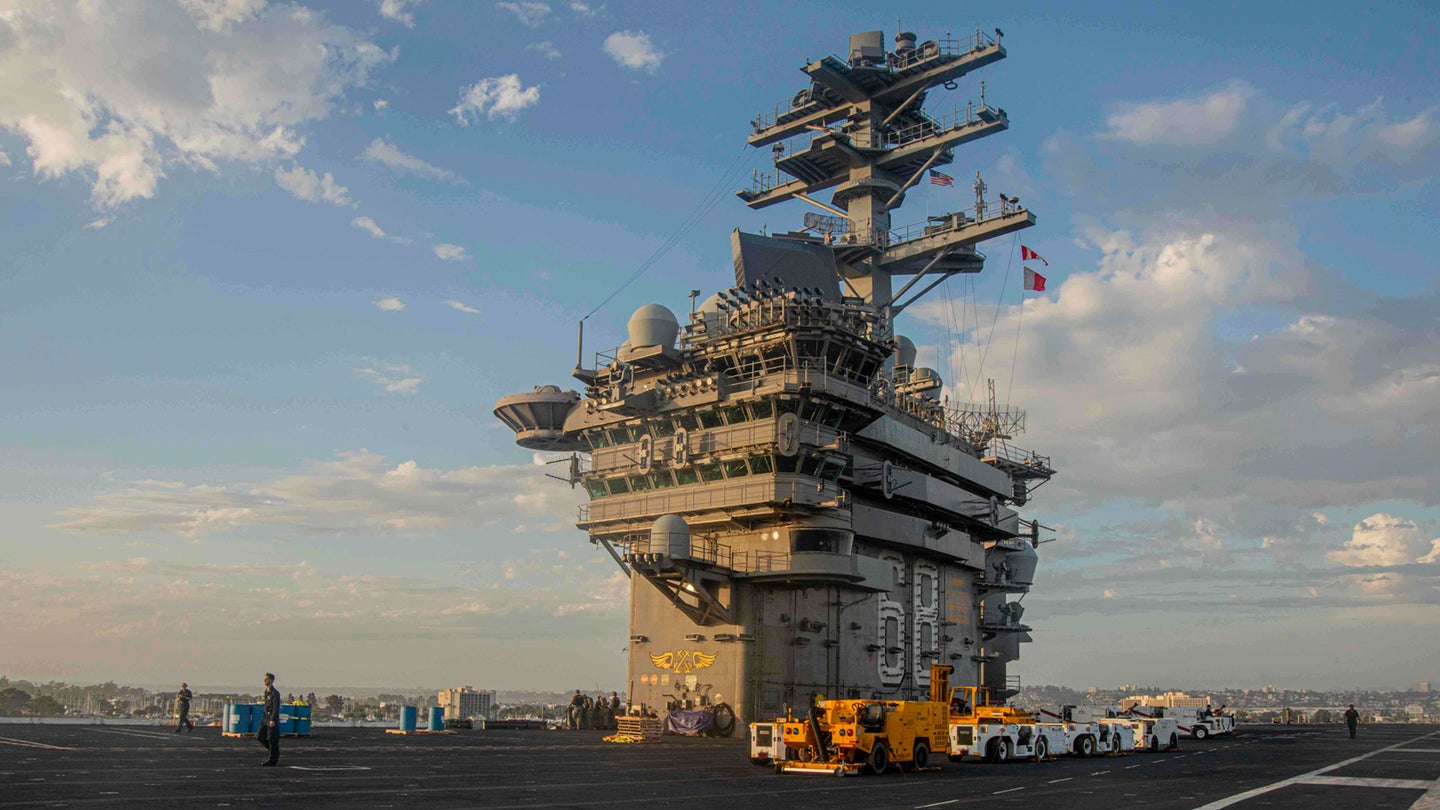 The Navy has found more traces of jet fuel in the drinking water aboard the USS Nimitz after declaring the water safe following an initial leak into the ship’s potable water supply.

The Navy said last week that “traces of jet propellant-5 (JP-5)” leaked into the drinking water supply for sailors aboard the USS Nimitz on Sept. 16 “while operating off the coast of southern California.”

The crew “immediately took action” and deemed that the water was safe to use on Sept. 19, Lt. Cmdr. Adam Demeter, spokesman for the USS Nimitz, told Task & Purpose last week.

“After conducting a thorough flush and inspection of its potable water system, fresh water has been restored to the ship,” Demeter said in a statement on Sept. 21. “The water onboard the ship is safe for use and the health and wellbeing of all of our sailors is a top priority.”

But that doesn’t seem to be the case. On Tuesday evening, Commander, Naval Air Forces spokesman Ensign Bryan Blair told Task & Purpose on that while testing on Sept. 19 “did not detect measurable amounts of fuel hydrocarbons in the [wastewater],” additional testing did.

Blair added that the Nimitz has been connected to the city of San Diego’s water supply since last week, which “continues to provide fresh water to the crew that has been tested safe for use.”

It’s unclear if sailors continued using the water after it was originally deemed safe for use last week.

The situation is similar to what unfolded last year at the Navy’s Red Hill Bulk Fuel Storage Facility on Oahu, after thousands of gallons of fuel poisoned the water for families and residents on Joint Base Pearl Harbor-Hickam.

While the Navy originally said that testing of the water yielded no traces of contamination, officials later reversed course. Navy Capt. Erik Spitzer, commander of Joint Base Pearl Harbor-Hickam at the time, even went so far as to tell families in a release that he and his staff were drinking the water and that “there are no immediate indications that the water is not safe.”

Days later, however, Spitzer apologized profusely, telling families he had believed the water safe to drink when it was in fact not.

“We were wrong,” Spitzer said on Dec. 6. “I apologize with my whole heart that we trusted those initial tests. If there was one day I had a chance to do over, it would be that day. The words used in my notification were not the compassionate and validating words I wish were used, and I regret I did not tell our families not to drink the water. I am deeply remorseful.”

Navy officials have not said if any sailors are experiencing health issues or symptoms of possible fuel exposure. When asked last week. Cmdr. Zach Harrell, another Commander, Naval Air Forces spokesman, acknowledged there “have been some complaints about the water from the crew, but there have been no confirmed cases of illness related to contaminated water aboard the ship.”

On Tuesday, Blair added that the health and wellbeing of sailors is a “top priority” and “the internal potable water system remains offline.”