The water has since been determined safe to use. 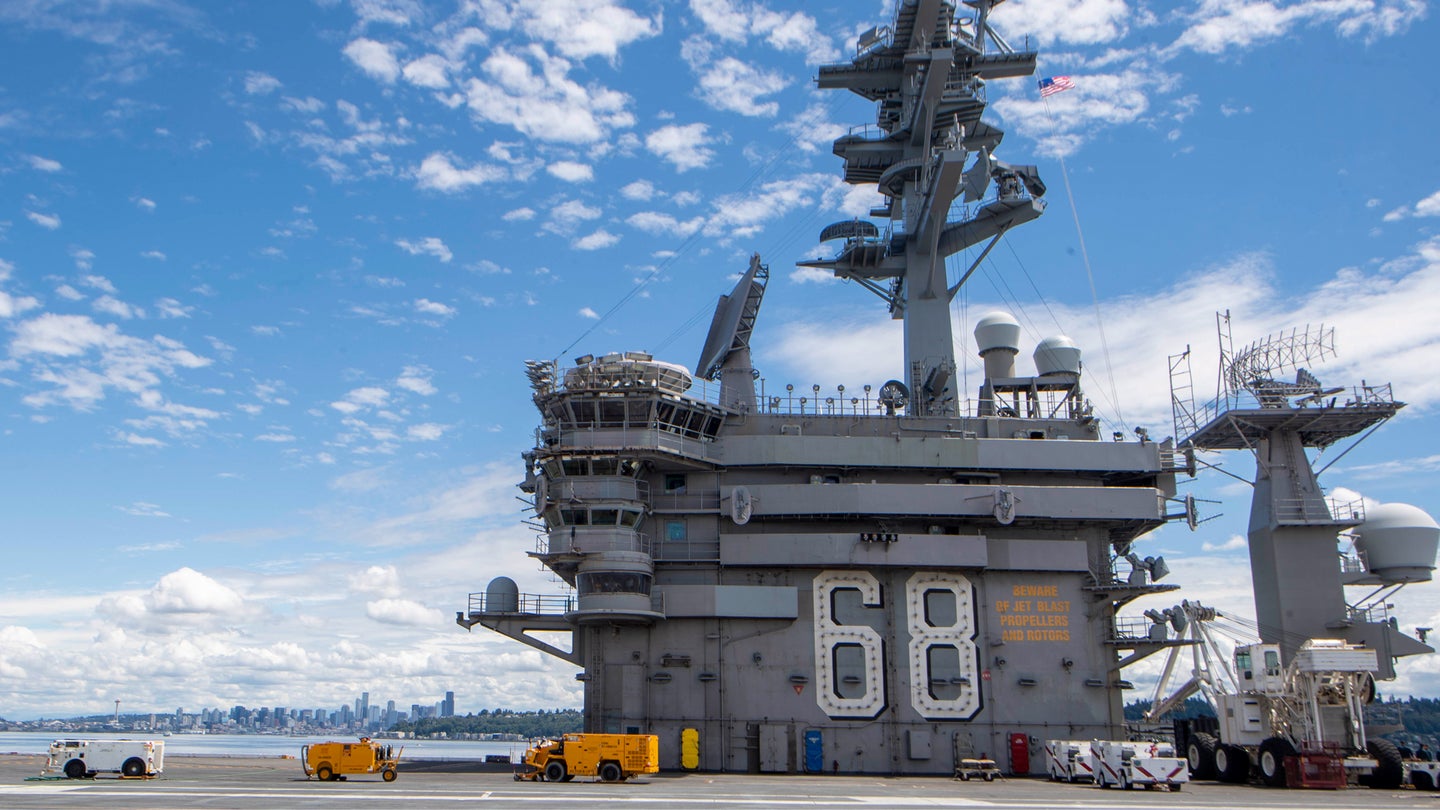 Sailors aboard the USS Nimitz were unable to use the water aboard their ship last week for three days after it was discovered that jet fuel leaked into the crew’s water supply.

Lt. Cmdr. Adam Demeter, spokesman for the USS Nimitz, confirmed in a statement on Wednesday that the aircraft carrier “identified traces of jet propellant-5 (JP-5), used to fuel carrier based aircraft, in the ship’s potable water supply while operating off the coast of southern California” last Friday.

“The crew immediately took action to secure access to the ship’s potable water and provide bottled water to the crew,” Demeter said. “After conducting a thorough flush and inspection of its potable water system, fresh water has been restored to the ship. The water onboard the ship is safe for use and the health and wellbeing of all of our sailors is a top priority.”

Cmdr. Zach Harrell, a Commander, Naval Air Forces spokesman, told Task & Purpose in an additional statement that the crew was notified of the contamination over the ship’s PA system after leadership had secured access to the potable water system. The water was “thoroughly tested” and ultimately deemed safe three days later on Sept. 19.

“Understandably, there have been some complaints about the water from the crew, but there have been no confirmed cases of illness related to contaminated water aboard the ship,” Harrell said. “The Nimitz medical department continues to monitor our sailors for any potential symptoms.”

The leak comes nearly a year after a devastating fuel leak at a Navy facility in Hawaii resulted in the poisoning of thousands of people’s water. Many service members and military families whose homes were serviced by the Navy water system were temporarily displaced from their homes after the leak of 20,000 gallons of fuel at the Red Hill Bulk Fuel Storage Facility on Oahu. The Navy was criticized for not moving quickly enough in informing families, and not being transparent about the extent of the fuel spill.

The service has since agreed to defuel the Red Hill facility, and in March of this year Secretary of Defense Lloyd Austin said the facility would be permanently closed. On Monday, Austin announced he was naming Navy Rear Adm. John Wade as the official who would be overseeing the defueling of the facility upon taking command of Joint Task Force-Red Hill. The Navy expects to be finished with the defueling process by July 2024.

It’s unclear the kind of impacts ingesting jet fuel can have. The Agency for Toxic Substances and DIsease Registry says “very little” is known about the human health impacts of JP-5. The agency said, however, that accidental ingestion of kerosene, a “fuel oil similar in composition to JP-5,” was reported as having “harmful effects on the respiratory tract, gastrointestinal tract, and nervous system. The observed effects included cough and difficulty breathing, abdominal pain and vomiting, drowsiness, restlessness, and convulsions.”

According to the USS Nimitz Facebook page, the aircraft carrier returned to San Diego the day after the leak was discovered.

If you are a sailor aboard the USS Nimitz with more information about this jet fuel leak, please contact us at haley@taskandpurpose.com.

Update: 9/21/2022;This article was updated after publication to include additional comments from Cmdr. Zach Harrell, spokesman for Commander, Naval Air Forces.