Kevin Scott, a Marine colonel on TAD to MacDill Air Force Base in Tampa, Florida, was among the 300 individuals... 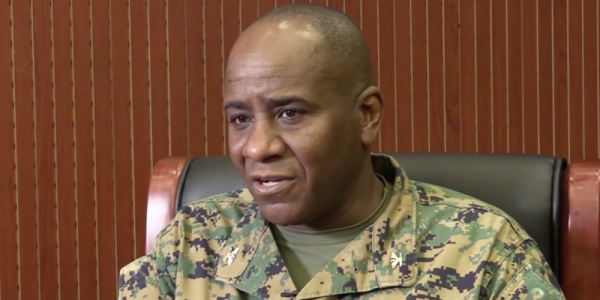 Kevin Scott, a Marine colonel on TAD to MacDill Air Force Base in Tampa, Florida, was among the 300 individuals arrested over the weekend in a massive human-trafficking and prostitution sting orchestrated by the Polk County Sheriff's Office and officially named — no, really, — “Operation No Tricks, No Treats.”

Scott, 51, was arrested after allegedly approaching an undercover detective at 11:30 p.m. Oct. 14 and offering to pay $80 for sex, according to arrest records cited by the Tampa Bay Times, which broke the story.

Scott was released on $500 bail on Oct. 17. He is among 277 people charged — in his case, with a misdemeanor count for soliciting a prostitute; others included a now-former sergeant with the county sheriff’s department.

After responding to an ad online, Scott drove a leased car, which was paid for by the government, to the location where he met the undercover detective, Tampa Bay Times reports.

The field grade officer joined the Marines in 1984 and serves as a logistician assigned to the joint staff at Suffolk, Virginia, as part of the joint force directorate, according to Marine Corps Times.

“We had to call the government and say, 'Hey would you like to come get your leased car 'cause your colonel is on the way to the county jail,’” Sheriff Grady Judd told the Tampa Bay Times.

The scandal is the most recent in a string of incidents involving high-ranking officers, from generals caught using government cell phones for their swinging lifestyle to married Marine officers in Bogota, Colombia, who were drugged and robbed after bringing prostitutes back to their hotels.

However, Scott may have been one of the few, the not-so-proud, to have the foresight to try and avoid being identified as a Marine on the police blotter the following day.

“He said he was retired and he was no longer in the Marine Corps,” Judd told Tampa Bay Times. “That's not true.”