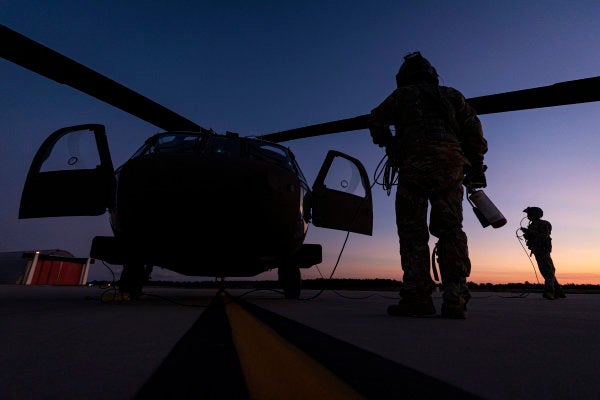 The Army is increasing incentive pay for aviators for the first time in 20 years in an effort to keep pilots from leaving for the civilian aviation industry.

Army spokesman Jason Waggoner explained to Task & Purpose that the incentives “are focused on mid-career aviators for retention purposes.”

The Army knows it has to keep up with competitive offers. Reuters reported last year that military pilots were getting “attractive offers” from U.S. airlines hoping to “ease a global pilot shortage.”

“The Army understands the high demands on the aviation force and their families. This increase in AvIP, the first for Army pilots in over 20 years, will result in an increase of pay for most pilots in the regular Army, Army National Guard, and Army Reserves,” Maj. Gen. David J. Francis, commanding general of the U.S. Army Aviation Center of Excellence and Fort Rucker, said in the press release.

“This adjustment is just one of many efforts underway to maintain aviation readiness and ensure support to the joint force.”