Soldiers will start being scored on the ACFT in October 2020. 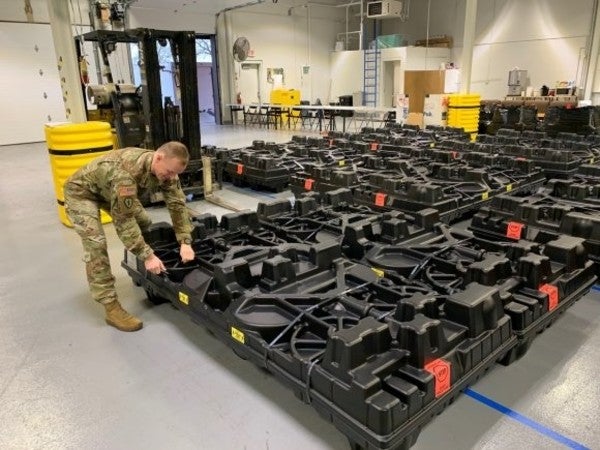 The first Army unit has received the equipment it needs to face the new Army Combat Fitness Test.

The Kentucky National Guard is the very first of active duty, guard, and reserve components to receive equipment for the new fitness test when it become's the service's official test on Oct. 1, 2020., according to an Army press release,

Col. Steven Carozza — deputy for the Tank-automotive and Armaments Command (TACOM), a subordinate of Army Material Command which is leading the ACFT equipment distribution — said in the Army release that the plan for distribution is “regionally based.”

“With Kentucky being part of the southeast and one of the first regions we were fielding in, it worked out perfectly,” Carozza said. “Kentucky was ready and expressed an interest. We had the sets available and ahead of schedule so everything just kind of aligned perfectly for us to use Kentucky National Guard as the first unit to receive the equipment.”

Every set of equipment — 36,608 sets total — will be fielded by May 15, Susan Hubert, program manager for the ACFT, said in the release.

One full lane of equipment, which includes a 10-pound medicine ball, pull-up bars, two 40-pound kettlebells, a sled with 90 pounds of weight, and a deadlift bar with weight up to 340 pounds, costs around $2,375.

The Army began the second phase of ACFT testing on Oct. 1 this year, giving the service a year to adjust to the fitness test before soldiers start official scoring in Oct. 2020.

The test has faced criticism over initial scores which showed women failing at a much higher rate than men, though Army leaders have said they aren't concerned.