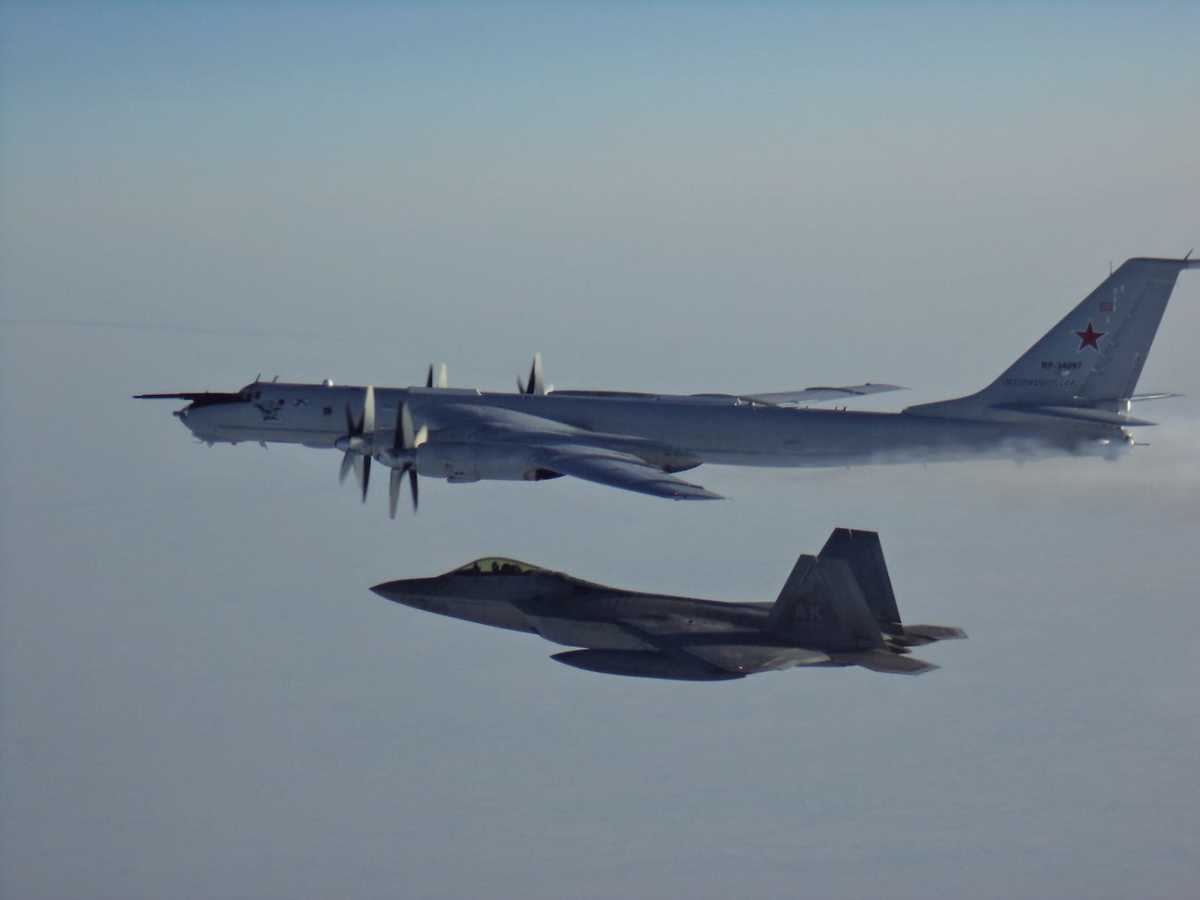 The formations, which consisted of two Tu-142 Russian maritime reconnaissance aircraft, loitered in the ADIZ within 50 nautical miles of Alaska for around five hours, NORAD said.

An unspecified number of U.S. Air Force F-22 Raptor fighter jets and KC-135 air refuelers were deployed to conduct the intercepts, per NORAD.

The previous March, NORAD tasked F-22s to intercept three pairs of Russian Tu-142 aircraft that entered the ADIZ over the span of a single week.

According to NORAD chief Gen. Glen D. VanHerck, U.S. fighter jets have conducted “more than a dozen intercepts” near the ADIZ so far this year, “the most in recent years.”

“Our northern approaches have had an increase in foreign military activity as our competitors continue to expand their military presence and probe our defenses,” VanHerck said in a statement.

“The importance of our continued efforts to project air defense operations in and through the north has never been more apparent.”