An Austrian soldier was apparently killed by two military working dogs that he was charged with feeding, the Austrian Ministry of Defense announced on Thursday 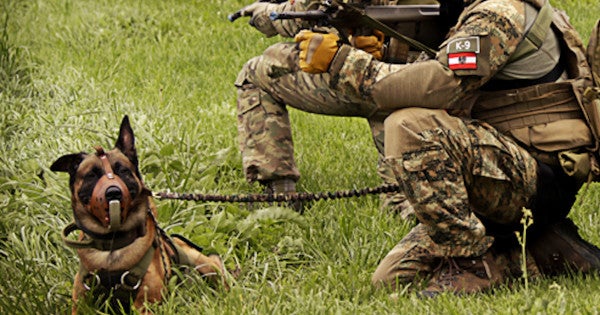 An Austrian soldier was apparently killed by two military working dogs that he was charged with feeding, the Austrian Ministry of Defense announced on Thursday.

The 31-year-old staff sergeant, reportedly a member of Austria's elite Jagdkommando special operations force and a dog handler since 2017, was tasked with the care and feeding of two Belgian Shepherds at a barracks in the southern city of Wiener Neustadt, the Daily Mail reports.

According to local Austrian broadcaster ORF, the barracks duty officer on Wednesday evening noticed the dogs “running loose” before stumbling upon the “fatally injured” soldier inside the animals' kennel.

“One of them is a trained military dog, another a very young one, a six months old, who has been standing up for training,” Austrian Ministry of Defense spokesman Col. Michael Bauer told ORF.

“There is a suspicion that these two dogs are responsible for this terrible calamity,” he added.

The Austrian Ministry of Defense has launched an investigation into the incident, as well as any past incidents involving the two dogs, ORF reports.

The Austrian army has 170 military working dogs at its disposal, the Associated Press reports; according to ORF, the service has worked with service dogs since 1964.

“Nobody has ever been hurt,” Bauer told ORF.