Years ago, Andrew Krepinevich, one of the best defense thinkers in the business, wrote a good article about how to... 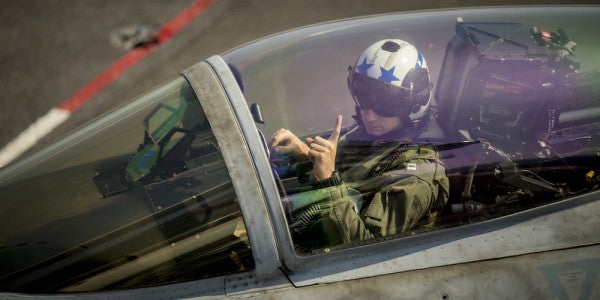 Years ago, Andrew Krepinevich, one of the best defense thinkers in the business, wrote a good article about how to deter China.

Now the rest of the world is catching up. In a “Proceedings’” interview with retired Navy Capt. Wayne Hughes, the master tactician makes this hawkish recommendation on China strategy:

. . . . in the China seas we probably can keep the peace if we demonstrate the ability to deny movement of their trade at sea, and that means taking the offense. We can take the offense with a sea denial strategy. Offense is less expensive and sea denial is easier to do than sea control, because sea control requires you to be ever ready for an attack at a time of the enemy’s choosing. We just have to intimidate the Chinese by a sea denial strategy so they can’t conduct their trade, and they are a lot more vulnerable to the loss of trade than the Soviet Union ever was. So I’m fascinated by the idea of keeping the peace by showing the Chinese that we can execute a sea denial strategy in their home seas.

I am not so sure that being openly confrontational is the right way for the United States to go. We do best in the region when we back up others. Remember when we fought a war in Vietnam to prevent communist expansion? That didn’t go so well. But when we left, the new government in Vietnam promptly fought a war with China. Southeast Asia generally got its act together. ASEAN was formed—and eventually even Vietnam joined it.

I favor a more restrained approach. It rests on the views that China’s historic vulnerability is cultural and ethnic arrogance, which leads to overreach. China has fought many of its neighbors, especially the stronger ones—India, Vietnam, Russia, Korea. So I think we should “Let China Be China”—that is, step on the toes of its neighbors. Meantime, we quietly reassure those neighbors, do frequent exercises with them, conduct multi-nation maritime patrols, offer training and equipment, exchange officers, and ensure interoperability at least in some secure forms of communication.

To that end, I am more impressed with an article in the new issue of “Parameters” by Tommy Ross, a former Hill aide and Pentagon official. “Key to a more effective regional military engagement will be a more sophisticated and robust approach to security assistance,” he writes. He is right that Pacific Command should be all about interoperability, coalitions and exercises. (Call it the “Tropical ICE” program.)

Interestingly, Ross also calls for the U.S. Army to develop a more powerful land-based anti-ship capability. If I were a missile guy (or a defense contractor) I’d be all over this like white on rice.

There was only one thing I disliked in his article, and that was his call for “seamless” integration with allies. This is not only a chimera, it is a dangerous thought, because if it is taken seriously, it can create a vulnerability. The reason is that you always will have seams in your operations. The enemy’s job is to find and exploit them. If you pretend you don’t have seams, you can’t protect them. I know I am over-reacting here, but I take words seriously. So I think it is time to ban “seamless” from the military vocabulary, except in reference to stockings.

Meantime, I was reading Tate Nurkin’s recent testimony before the U.S. commission on Chinese economic and security issues, and was struck to learn a provocative new acronym: “INEW.” It stands for “integrated network electronic warfare.” And it is scary.