It’ll definitely help with your back pain. 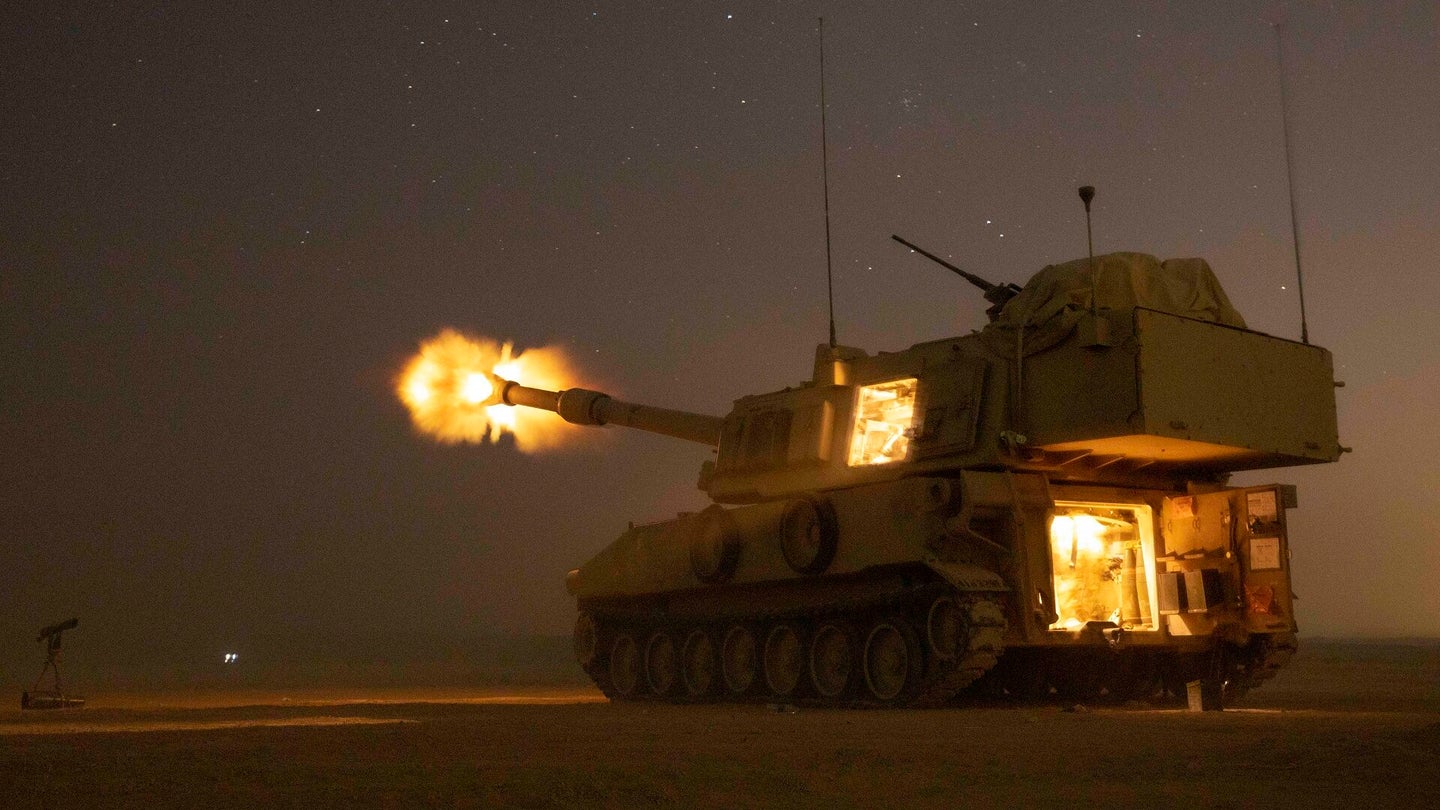 The Army has a new contract out that could see a welcome helping hand for all 13B’s: a robotic arm to help load artillery rounds.

Developed by Sarcos Defense, the robotic arm was designed to do all the hard work of actually picking up and loading artillery shells into the U.S. Army’s fleet of self-propelled howitzers.

“The robotic system was designed to address fatigue and injuries among soldiers caused by the prolonged lifting and placing of 100-pound rounds of ammunition from a rack to the cannon loader,” according to a press release.

Future testing will reportedly ensure that this robotic arm meets all Army requirements, including “shock and vibration absorption and withstanding extreme temperatures, humidity, and sand and dust incursion.”

The Army has long been interested in increasing its rates of artillery fire, especially for next-genereration projects like its Extended Range Artillery Cannon Artillery system, or ERCA.

“This rate of fire aspect is more than just putting rounds in the back of the howitzers,” Brig. Gen. John Rafferty told Defense News in 2020.  “It’s also about asking, ‘where do we spend all of our time?’ We spend a lot of our time handling unpacking, unloading, and downloading ammunition. If we can do that more efficiently we will become a more combat-effective unit.”

But the robotic arm also comes with some perks in terms of soldier health and safety.

“During our last soldier touchpoint, a soldier dropped it on his foot and broke his foot,” said Long Range Precision Fires portfolio manager Walker Williams earlier this year. “So, we can assist the soldier in optimizing that fire mission process, while leaving the soldier to do what he does best.”

The Army is also testing out other robotic augments to soldiers’ back-breaking work like the Soldier Assistive Exosuit for Resupply, or SABER, a lower-body exoskeleton designed to reduce lower back pain.

“Over the course of the day, lifting 60-pound rounds you get worn out, especially after hours. It takes a toll on your body,” said Pfc. Dale Paulson, of the 101st Airborne Division, in a recent press release earlier this year. “Wearing the suit really helped a lot, especially with getting the rounds out of the back of the truck. It felt like it gave me an extra boost. I didn’t have to work as hard. I feel like it helped me move quicker.”

So, robot arms to load artillery shells? The backs of countless soldiers say invest in this technology now. All in a day’s work for an artillery soldier, human or robotic.