The Army wants exoskeletons so soldiers can defeat their worst enemy: Lower back pain

“Wearing the suit really helped a lot, especially with getting the rounds out of the back of the truck. It felt like it gave me an extra boost.” 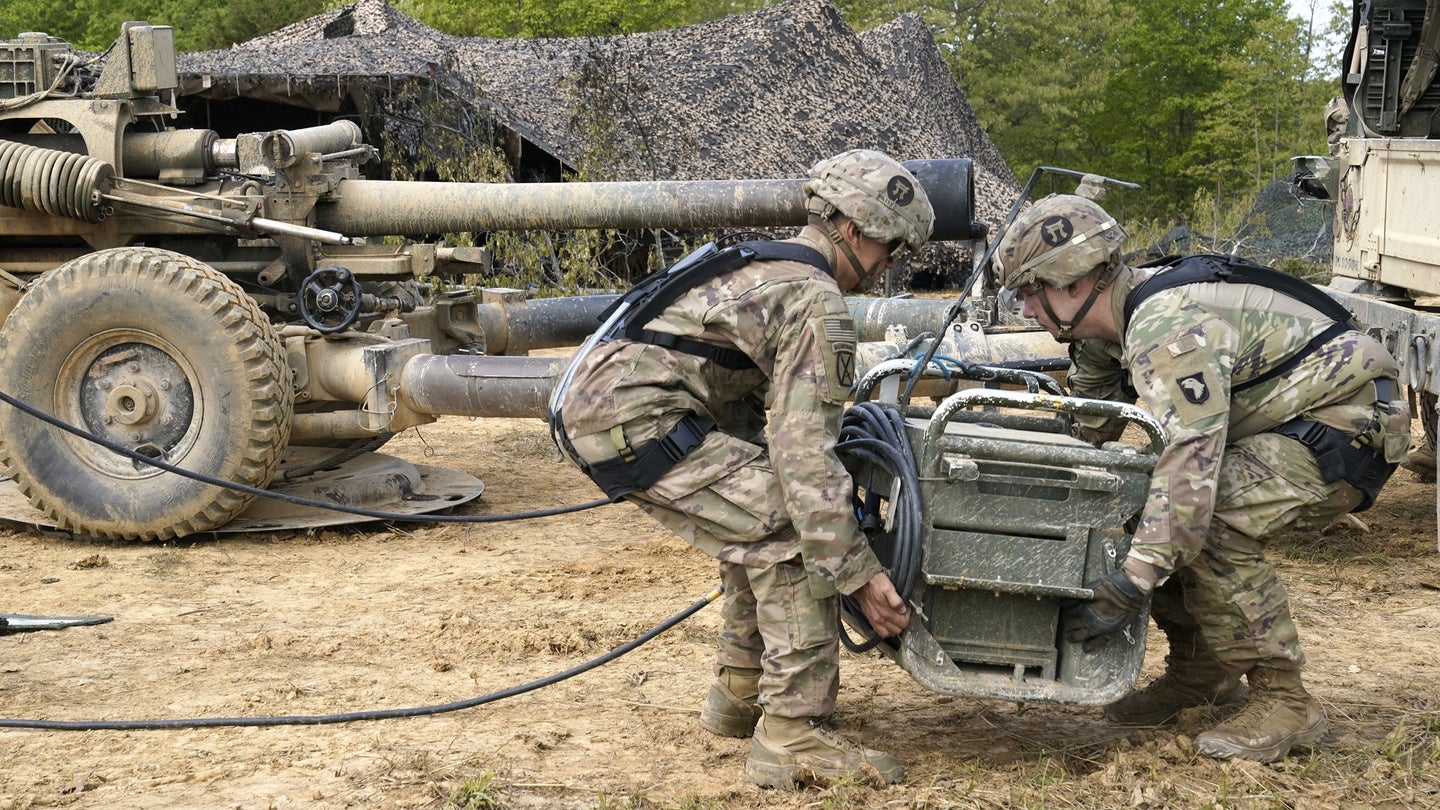 Soldiers test out the Soldier Assistive Bionic Exosuit for Resupply, or SABER, an unpowered exoskeleton meant to reduce lower back injuries and help soldiers with heavy loads. (Larry McCormack/Army).
SHARE

Between heavy rucksacks, heavy equipment and heavy weapons, military life can be a real pain in the backside. In fact, the Army had an average of 460 diagnoses of back overuse every day in 2019, according to the Army Public Health Center, and lumbar spine injuries accounted for more than a million lost duty days in 2018, according to the journal Military Medicine.

Don’t reach for your aspirin just yet, though. The Army is testing out a lightweight exoskeleton that soldiers say is helping them lift heavy loads more easily and without as much fatigue as they are used to.

“Over the course of the day, lifting 60-pound rounds you get worn out, especially after hours. It takes a toll on your body,” said Pfc. Dale Paulson, of the 101st Airborne Division, in a recent press release. “Wearing the suit really helped a lot, especially with getting the rounds out of the back of the truck. It felt like it gave me an extra boost. I didn’t have to work as hard. I feel like it helped me move quicker.”

The Army describes the new device as a “soft, lightweight, unpowered exoskeleton” and calls it the Soldier Assistive Bionic Exosuit for Resupply, or SABER for short. And although the word ‘exosuit’ or ‘exoskeleton’ brings to mind images of Iron Man or the big forklift robot from Aliens, that might be too ambitious at this point. In fact, it might not even be necessary.

“We didn’t try to create Iron Man — a complex, full-body, rigid, unrealistic suit,” said Dr. Karl Zelik, associate professor of mechanical engineering at Vanderbilt University, who worked with the Army to test out the exosuits. “Instead, we started by deeply understanding soldier needs to develop a lightweight, low-profile, non-powered wearable tool that helps provide much-needed assistance without slowing soldiers down or interfering with other operational tasks.”

In fact, judging by the photos, the exosuit looks less like sci-fi power armor and more like a glorified harness. The Army is working with a company called HeroWear, which makes exosuits for commercial use, to develop the new exoskeleton, which uses passive-elastic bands to take up much of the force needed to move objects that otherwise would all be dumped on the human body.

Though it weighs just 3 pounds, SABER reduced stress on soldiers’ backs by more than 100 pounds while lifting objects, and it increased their endurance by over 60 percent, according to Vanderbilt.

“The suits have really been helping, especially on the lower back area with all the heavy lifting we’ve been doing,” said another 101st Airborne Division soldier, Sgt. Alfredo Vela, during a hard day’s work lifting his unit’s howitzer, moving it to various locations, digging into the dirt and practicing fire missions.

“I really appreciate it, knowing that there is an exterior force out of the military that is designing this equipment to help us better ourselves and do our job better,” he added.

Vela isn’t alone in his approval of the new exoskeleton. According to the Army, 90 percent of soldiers surveyed after operational field testing in May believed the exosuit “increased their ability to perform job tasks, and all of them reported that they would be likely to wear it for their job if it were developed into a product and made available to them.”

The Army has been looking for an exoskeleton system for a long time. But while science fiction often emphasizes powered armor used on the front lines to smash walls and deflect bullets, the Army’s ideal system would let soldiers “do their regular job easier than they can do it right now,” Ted Maciuba, deputy director for robotic requirements at Maneuver Capability Development Integration Directorate for Army Futures Command, said in 2020.

Of course, the U.S. military has also looked into more science-fiction style suits. In particular, Special Operations Command pursued a Tactical Assault Light Operator Suit, TALOS for short, which could withstand direct fire from small arms; manage heavy loads, provide biomedical monitoring and thermoregulation and a heads-up display with intelligence and operational data. After about five years of work, the project led to many effective subsystems, like advanced new body armor, an augmented reality heads-up display, and a lower-body exoskeleton. But in February 2019, Special Operations Command announced it had no intent to field a TALOS combat suit and the project ended.

Three years later, there may yet be hope for TALOS, or a project like it. Maciuba told Defense News in June that the Army could build a “Warrior Suit,” by 2040-ish, but the way to get there would be paved with “baby steps.”

Even without bullet-proof armor or heads-up displays, the value of light equipment that can help service members lift heavy loads cannot be overstated. And it’s not just the military that wants exoskeletons for that purpose.

“The weaponized, sci-fi-sexy version is always going to get more attention, but the logistics side has always had an actual commercial equivalent driving it forward,” Peter Singer, a strategist for the New America Foundation and author of the novel Ghost Fleet, told Task & Purpose in 2020. “There’s always been that R&D work related to the construction field and other private-sector projects, and that’s what we’re still drawing on. We’ll end up seeing this in non-combat applications first.”

The same goes for HeroWear, which hopes its technology will be adopted by construction, manufacturing, agriculture, logistics and other industries as well as the military. In the meantime, the Army is providing funding to HeroWear to make “dozens of pre-production units in late 2022, with the goal to ramp up to hundreds of units in 2023,” the Army wrote. If the tests this summer are any guide, they will be well-received.

“It felt really great. A lot of support, especially on the back,” said Spc. Marrero Rivera, of the 101st Airborne Division. Marrero explained that he is part of a distribution unit where he moves ammo and equipment all day.

“I felt way safer… It will help me prevent future injuries,” he said. “So this is definitely something we could really use, especially for lifting boxes, hoses and all the other heavy equipment that we are constantly moving.”