Jared Johns, who served a tour in Afghanistan in 2013, with the Regimental Engineer Squadron, 2nd Cavalry Regiment, was found dead on Sept. 11, 2018, after recording a short video in which he stated he "made some stupid mistakes." 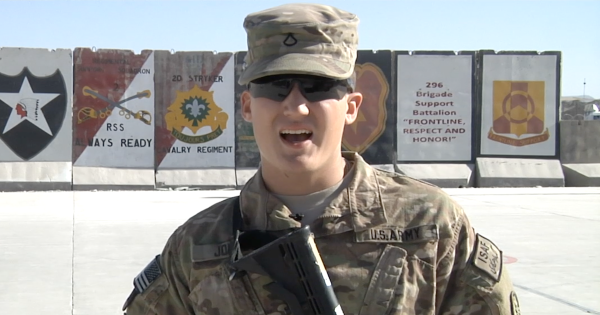 The parents of an Army veteran who committed suicide in September 2018 believe he took his life immediately after he was targeted by inmates in a South Carolina prison as part of a sprawling sextortion ring, The Greenville News reports.

Jared Johns, who served a tour in Afghanistan in 2013, with the Regimental Engineer Squadron, 2nd Cavalry Regiment, was found dead on Sept. 11, 2018 after recording a short video in which he stated he “made some stupid mistakes.”

His parents, Kathy Bowling and Kevin Johns, told the Greenville News that he was ensnared by inmates at the at Lee Correctional Institution in South Carolina who posed as the parents of an underage girl who allegedly sent him sexually explicit photographs.

Text messages provided to the Greenville News indicate that that on Sept. 10, the “parents” requested $1,189 from Johns to cover “easy disconnection and price of phone.” The next day, the girl's “father” told Johns that his wife “is going to the police and you are going to jail.”

The Greenville County Coroner's Office has estimated Jared John's time of death as noon on Sept. 11, per the Greenville Times, shortly after he received the threat of police involvement.

The following November, Naval Criminal Investigative Service officials announced that South Carolina inmates had blackmailed some 442 U.S. service members out of more than $560,000 as part of a sprawling sextortion ring uncovered as part of a multi-year investigation dubbed 'Operation Surprise Party.'

Five inmates and 10 outside accomplice were indicted by a federal grand jury last fall; According to NCIS, more than 250 people, mostly inmates throughout the South Carolina Department of Corrections, “are being investigated and face potential future prosecution.”

“They had convinced him that he had done something bad,” his father told the Greenville News. “I feel like they're the ones who shot him.”

SEE ALSO: South Carolina Inmates Scammed Service Members Out Of Half A Million In A Massive Sextortion Ring