"If any of you crayon eaters are reading this, please treat them nice, even though we built them to be Marine proof." 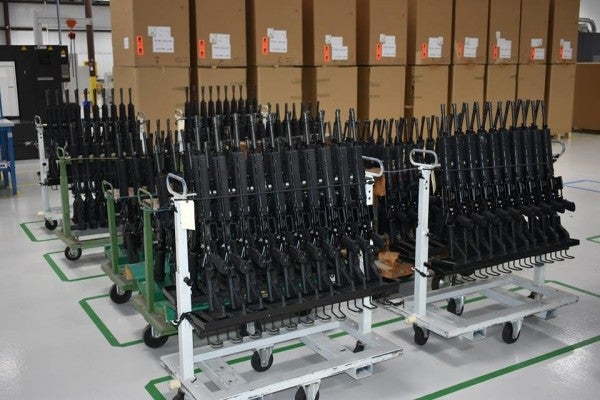 Have you ever wondered what would happen if the employee behind a firearm company's Facebook page decided to goad a bunch of Marines into destroying their brand new firearms? Now you know.

In a deliciously viral Facebook post, Heckler & Koch — the maker of the M27 Infantry Automatic Rifle slated to replace the M4 carbine and M249 Squad Automatic Weapon for Marines everywhere — flaunted the first shipment of rifles with an achingly familiar challenge to Marines: Go ahead and just try to break these bad boys.

“A fresh batch of M27 rifles leaving Georgia headed to the Devil Dogs,” the post reads. “If any of you crayon eaters are reading this, please treat them nice, even though we built them to be Marine proof.”

Based on the responses from the H&K employee behind the Facebook account, identified as “Social Media Girl,” every Marine's new rifle comes with a slate of tired Marine-centric insults from the manufacturer.

So Marines … love crayons … can't read … and are dumb as rocks? I mean, sure, but speaking as a civilian that covers the military, these responses are exactly the sort of thing a civilian would Google as part of some silly ploy to troll Marines and get a pat on the head from corporate overlords.

it's a hellscape. Get it?
upload.wikimedia.org