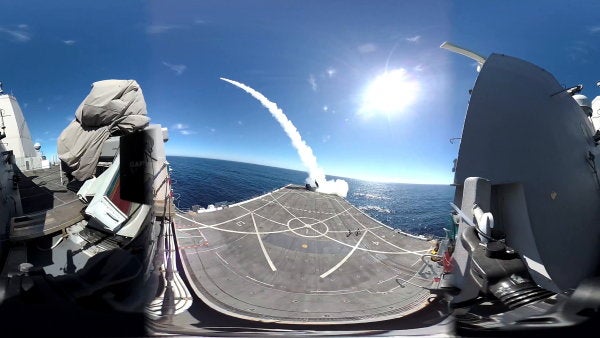 The Marine Corps is looking for a new long-range anti-ship missile “as fast as possible” amid a major transformation of the service's naval warfare concepts, Commandant Gen. Robert Neller told the U.S. Naval Institute last week.

Long-range precision fires have been on the Corps' wish list for some time. In late 2017, the Marine even tested firing a High Mobility Artillery Rocket System from the deck of amphibious vessels operating at sea as part of a joint Navy experiment in taking out targets at up to 70 kilometers away

But compared to other lethality enhancements, this capability can't get here soon enough: Speaking to USNI News at the WEST 2019 conference in San Diego on Feb. 15, Neller stated that the Corps needed this particular family of anti-ship missiles due to “the urgency is just the situation security-wise we find ourselves in the world.”

'There's a lot of geographical chokepoints, and you know what they are, and the potential adversaries know what they are,” Neller said. “So if you get there first and you can control that space, then you have an operational advantage.”

“We're going to test, there's a couple capabilities out there and we're going to test them – working with the Navy, because this is the same type of stuff you'd want to put on a ship,” he added.

This is clear reference to China, where U.S. Navy and Chinese Liberation Army Navy vessels have engaged in increasingly dangerous games of geopolitical chicken during freedom of navigation operations in the South China Sea. The latter recently deployed a so-called carrier killer anti-ship missile system in response to the former's FONOPs in January.

While the Navy has continually contested Chinese control of the area amid the latter's push to build artificial island chains in the region, Marine Corps officials previously told USNI News that the Pentagon needed “integrated naval operations … to take an island somewhere – natural or manmade.”

“It certainly will be required when a great power competition pits a whale against an elephant, or maybe two elephants – a global maritime power, that's us, against a regional land power hegemon with home-field advantage,” Maj. Gen. David Coffman told USNI News in January.

SEE ALSO: The Marine Corps Is Embracing A New Naval Warfare Concept For The Next Big Fight Against China