“It’s clear this was [more so] a bullying situation that resulted in assault." 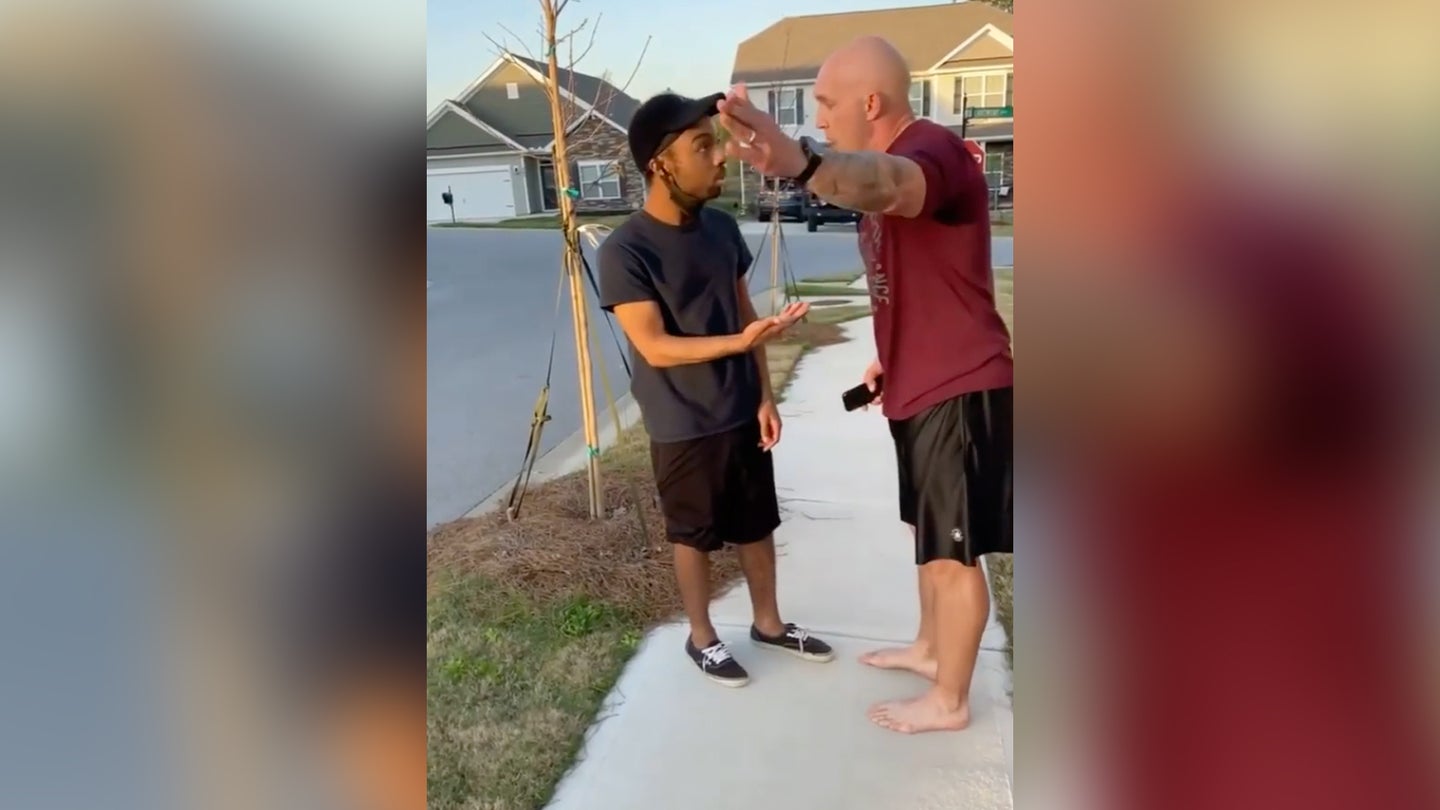 A Fort Jackson soldier has been convicted of third-degree assault and battery after he was caught on video shoving a Black man in his neighborhood.

Sgt. 1st Class Jonathan Pentland was arrested in April and charged with assault after an Instagram video that showed the altercation in Pentland’s Columbia, South Carolina, neighborhood surfaced and went viral. In the video, Pentland is shown pushing and threatening a young Black man, identified by The Post and Courier as 22-year-old Deandre Williams, on the sidewalk.

“You’re in the wrong neighborhood motherf—er,” Pentland says in the video. “Get out.”

Pentland’s attorneys argued in court that he was “defending his family and friends,” according to The State, and his behavior was justified because of previous encounters neighbors had with Williams. But the video sparked immediate backlash and protests and put the Army back in the spotlight as the service was working to address racism in the ranks.

“First, I want to reiterate that the command in no way condones the behavior and actions depicted in not just one, but two recent videos posted to social media,” said Brig. Gen. Milford Beagle, Jr., former commander of Fort Jackson. “Those behaviors are absolutely counter to the Army values and professionalism expected of soldiers, both on and off duty.”

Benjamin Stitely, Pentland’s lawyer, said they are “disappointed with the judge’s decision and are looking into further pursuing legal remedies to challenge the decision.”

“Mr. Pentland stands by his right to defend his family and home from a genuine [threat] and is deeply hurt by the situation,” Stitely said in an email on Tuesday. “We are disturbed by the lack of investigation into the background factors regarding Mr. Williams’ actions leading up to the small portion of the encounter captured in the viral video.”

Pentland was sentenced to either 30 days in prison, or paying a fine of $1,087, according to The State. Brig. Gen. Patrick R. Michaelis, the new commander of Fort Jackson, is “is reviewing his options in the matter of Sgt. 1st Class Jonathan Pentland,” according to Leslie Ann Sully, a spokeswoman for Fort Jackson.

“We will provide more information when a decision about how to proceed is made,” Sully said. Beagle, the former Fort Jackson commander, said in April that Pentland was suspended and was serving “in an administrative capacity.”

Neighbors reported feeling uneasy about Williams because of interactions they’d had with him in the past. Kimberly Hernandez testified during the trial that “Williams had acted erratically toward her daughter” and made her uncomfortable enough that she “asked the man to leave her alone,” according to The Post and Courier. She said Williams “frequently approached” her daughter when she was outside, The State reported, and in another instance picked up her daughter-in-law’s baby.

On the day of the incident with Pentland, Hernandez said her daughter-in-law went outside and confronted Williams over touching her child.

“I went outside expecting them to be right outside and I saw my daughter-in-law arguing with him and I told her to quickly come back to the house,” Hernandez said according to The State. Hernandez described Williams as “erratic” and “angry.”

Neighbor Renee Wilson testified that she heard Hernandez yell for someone to call 911. She did, telling the court that it “seemed like it was about to get worse.”

The State reports that by the time Wilson called 911, Hernandez and Williams had stopped arguing and Hernandez “went over to Pentland’s house, ringing the doorbell and banging on the door.”

In April, Richland County Sheriff Leon Lott said that while the previous incidents with Williams may have “some connection” to what happened with Pentland, “it doesn’t justify it.” Williams later said in court that he “wasn’t in a place to try and have a confrontation with anyone.”

His father testified in court that Williams previously had lymphoma that he believes caused brain damage, and while he’s now in remission he “suffered swelling throughout his lymph system and in his brain,” according to The State. Williams was “a high-performing student,” his father said, but now struggles with basic tasks.

“He doesn’t quite understand things as we would,” his father said, according to The Post and Courier.

In the video, Williams is shown speaking in a low voice and walking in different directions away from Pentland as Pentland follows him. At one point, after Pentland shoves him, Williams tells Pentland, “you better not touch me.”

“Or what?” Pentland responds. “What are you going to do?”

Pentland said in court that he was “sorry for the way it escalated, anybody looking back at this, you can watch that video and 100 percent see that it looks worse than it is … I did what I felt I had to do to protect my friends and family.”

First Sgt. Walter Shawn McDaniels, the Richland County Sheriff’s Department officer who signed off on Pentland’s arrest warrant, testified that he “saw the conversation was one-sided.”

“It’s clear this was [more so] a bullying situation that resulted in assault,” McDaniels said, according to The Post and Courier.

Pentland said in court that “at no time” was he trying to hurt Williams.

“I had no idea what his intent was because he was actually really strange, really weird,” Pentland said. “He was unstable. At that point, I didn’t know what he was capable of.”

After Pentland’s verdict was delivered, Williams said he was “thankful that we were able to get things done,” and that he doesn’t “feel things should be this way.”

“As a young man, if I go on a walk, I shouldn’t feel any form of pressure,” he said, per The Post and Courier. “I don’t think anybody wants to see these types of things go down.”

Update: This article has been updated to include a statement from Leslie Ann Sully, Fort Jackson spokeswoman.