The special ops soldier who died in Kabul would have deployed even if he’d known the outcome, wife says

"He could have done whatever he wanted, but he wanted to serve his country.” 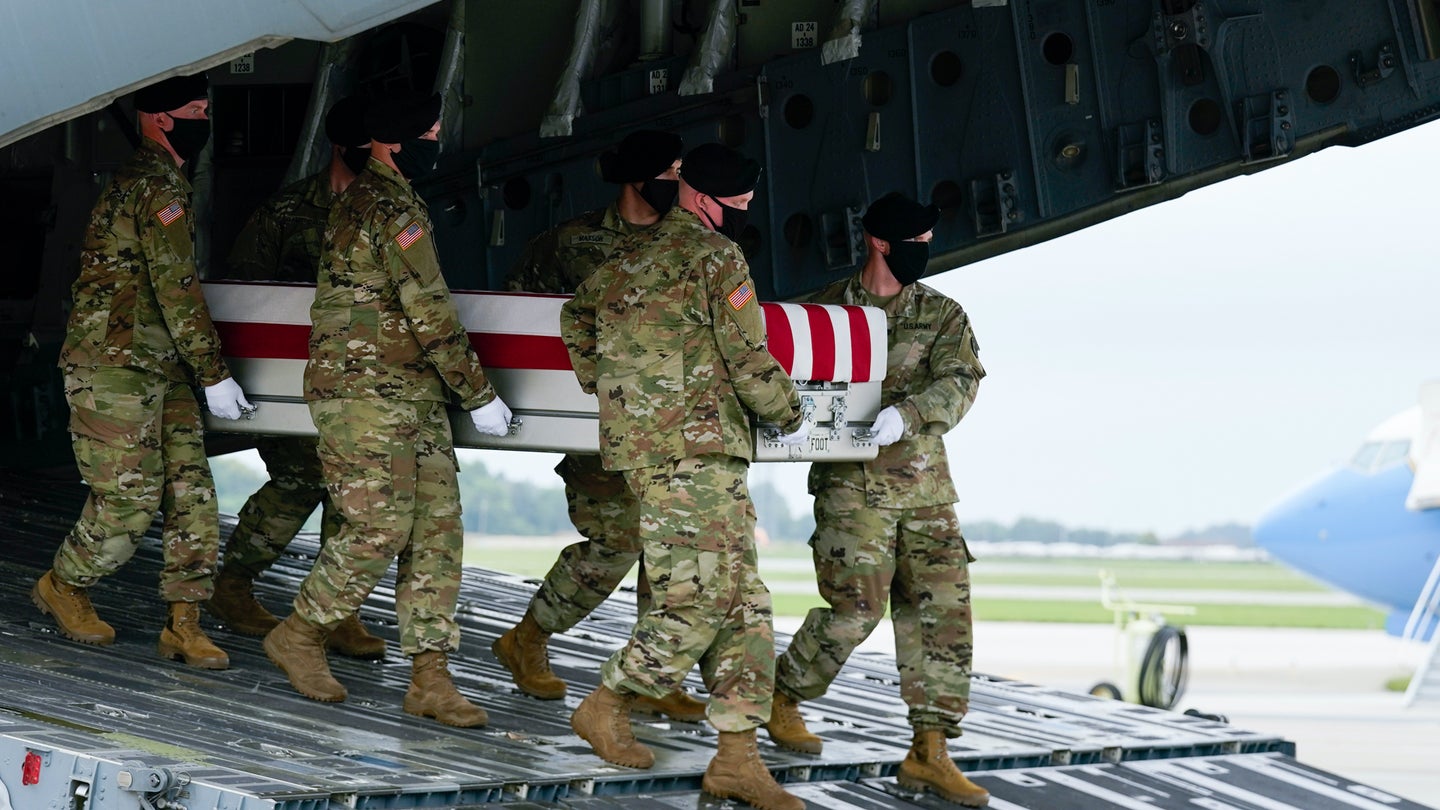 In the last text Alena Knauss sent her husband, Ryan, she told him that everyone was worried, and to let her know that he was okay the second he got the chance.

Her husband Army Staff Sgt. Ryan Knauss, 23, was one of the 13 U.S. service members killed in a suicide bombing attack at the Hamid Karzai International Airport in Kabul, Afghanistan on Aug. 26.

Knauss joined the Army service in May 2016, according to his military records, and had previously deployed to Afghanistan in 2017 before completing the Psychological Operations Qualification Course and being assigned to the 8th Psychological Operations Group (Airborne). Among his awards and decorations are the Purple Heart, a Bronze Star, the Army Achievement Medal, Army Good Conduct Medal, and National Defense Service Medal.

He was the “embodiment of an Army Special Operations Forces soldier,” his commander, Col. Jeremy Mushtare said in an Army press release, “a testament to the professionalism of the non-commissioned officer corps, and a steadfast husband and teammate.”

The release concluded with a single sentence: “He is survived by his wife.”

What press releases often don’t include, however, are personal details about the fallen soldier. The kind of details that only a spouse, who is mentioned in a single line at the end of a list of their soldier’s achievements, can tell you. Like that he was “brilliant,” as Alena put it to Cooper on Monday. She’d always thought he needed to be a history professor. But since the second grade, Alena said, Ryan had wanted to be in the military.

“He was just so brilliant,” she said. “He could have done whatever he wanted, but he wanted to serve his country.”

Alena and Ryan met in high school — different high schools, as Alena had chosen not to go to the local high school where Ryan was going, and instead went to a nearby Science, Technology, Engineering, and Mathematics (STEM) academy. He always teased her about that, she said. Alena was working at a local pizza shop in Fountain City, Tennessee, when Ryan came through the doors one day.

She recalled complaining to her manager: “God, he just thinks he owns the place. Who is this guy?”

Alena  knew two things the second she met him, she said. One, he drove her crazy. And two, she was going to marry him. They would have celebrated their fifth wedding anniversary on Oct. 7.

“I can’t say it enough, God, he was handsome,” Alena told a local news outlet, WBIR, adding that their “souls were very intertwined.” She recalled on CNN that she was constantly telling him to pose for photos while they were together, when he was “trying to talk to me or I mean, just even eat in peace.” She was “smitten,” she said.

“People say that the cupcake phase or the honeymoon phase ends,” Alena told Cooper. “And it did not for us, which I am so grateful for.”

Last Thursday, when news began circulating there was an explosion at the airport in Kabul, Ryan’s mom called Alena. She said she was worried, asking if Alena had heard anything from Ryan. She responded that she hadn’t but she’d reach out to him. Don’t be worried, she told her mother-in-law.

“So I sent him a text,” Alena said. “And it was the last text I sent him, and it was along the lines of, ‘Hey, I love you. I know you’re busy, but when you get the chance, everyone’s worried so just let me know you’re okay.’”

The response she’d been hoping for never came, but despite everything, she knows Ryan was “doing what he wanted to be doing.” She told WBIR that he “did not question his job,” and that his “only qualm, I think, was leaving me behind.”

“If it had been one person over there who needed him, he would have been there,” she said. “And if he would have known the outcome, he would have still done it. Because it was the ultimate sacrifice that he could give for his country.”