The motive for the shooting was not immediately clear. 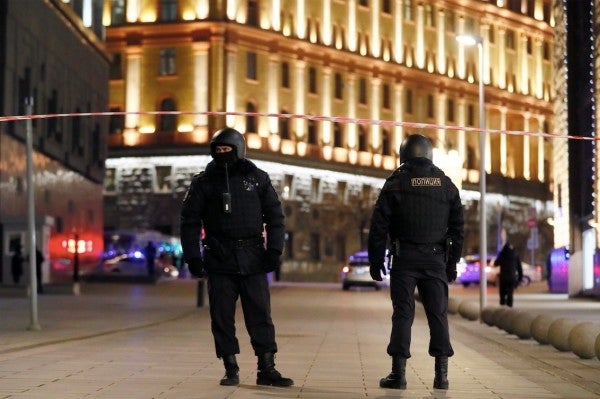 The Izvestia newspaper, citing a source, said three people had been killed in the incident. The FSB said the shooter had been “neutralized” and that it was working to establish his identity, Interfax reported.

But a Reuters reporter heard several gunshots in the same area after that report and police expanded the security perimeter.

Unverified videos shared on social media showed several people resembling police officers holding assault rifles running down a nearby street earlier on Thursday evening. One witness told Reuters he had seen the lifeless body of a police officer lying in the street.

Sirens, gunshots and screams were heard by people in the area, which is also a busy shopping district popular with tourists that is a short walk from the Kremlin.

“The shooting began around 17:40,” one witness told Reuters. “I saw a member of the traffic police running down the road, hiding behind vehicles,” the witness said.

The motive for the shooting was not immediately clear.