“The final deliverable of this contract will be humanity’s first construction on another world.” 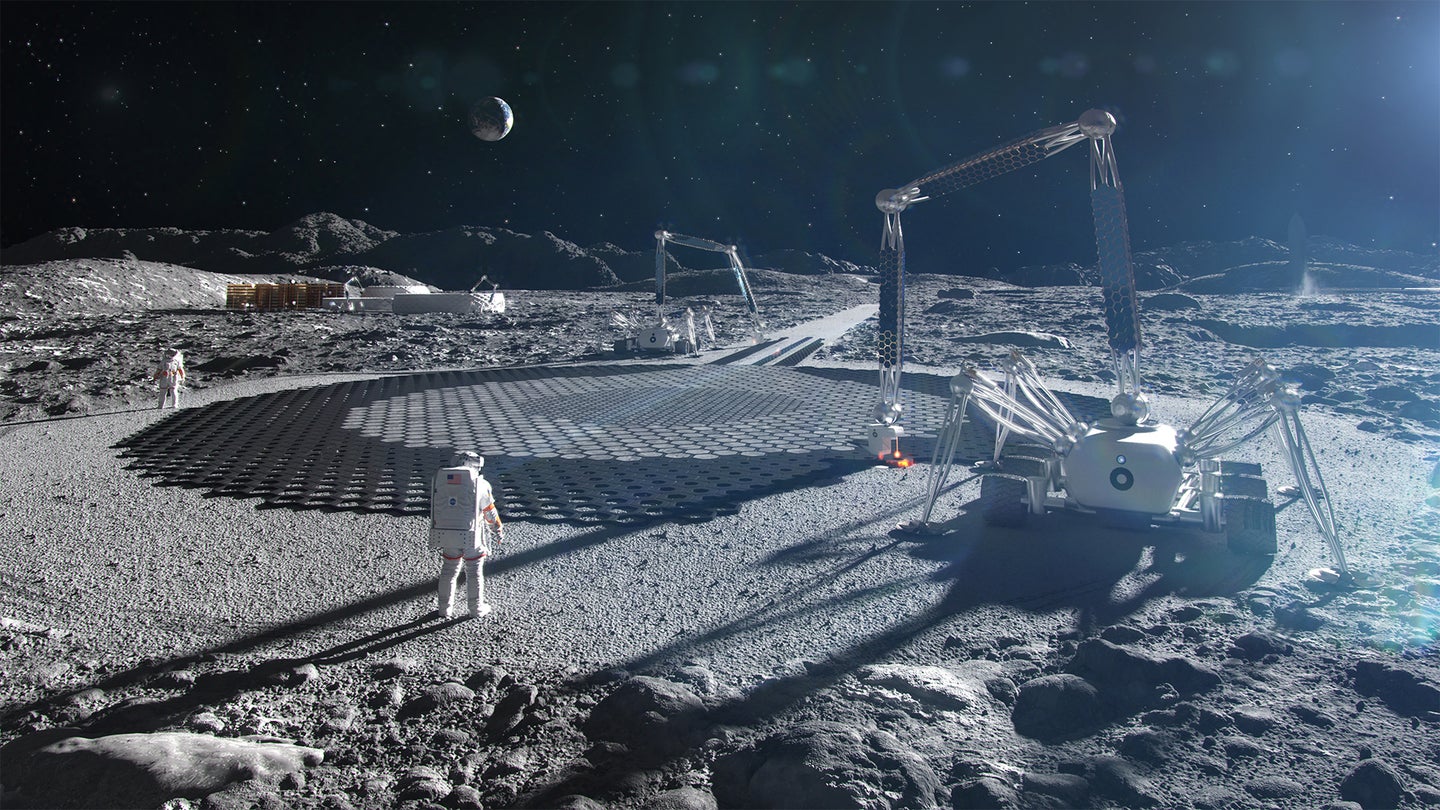 The same company that is 3D-printing Army barracks at Fort Bliss, Texas has now signed a $57.2 million contract with NASA to develop technologies for building landing pads, habitats, and roads on the Moon. If successful, those structures would be the first permanent buildings for human beings outside of Earth, and it may pave the way for building similar structures on Mars.

“The final deliverable of this contract will be humanity’s first construction on another world, and that is going to be a pretty special achievement,” said Jason Ballard, co-founder and CEO of ICON, the company that received the contract, in a press release.

The NASA contract is the latest good news for ICON, which received contracts to 3D-print barracks for the Army, the first 3D-printed homes sold in the U.S., and an entire housing development in Texas.

Despite the company’s success on Earth, building structures on Mars and the Moon will present new challenges, namely the lower gravity on those sites, the difficulty of launching building materials into space, the lack of breathable air and the risks posed by radiation and micrometeorites.

Instead of shipping bricks or concrete up from Earth, ICON plans to shape structures on the Moon out of lunar regolith, the fancy word for the rocks and dust already found on the lunar surface. The company plans on working with regolith samples brought back from Apollo missions “and various regolith simulants” to understand how those materials behave, according to the press release.

The company’s effort to develop off-world construction techniques is called Project Olympus, which ICON hopes will provide “a multi-purpose construction system” for both NASA and business on both the Moon and Mars.

“In order to explore other worlds, we need innovative new technologies adapted to those environments and our exploration needs,” said Niki Werkheiser, director of technology maturation in NASA’s Space Technology Mission Directorate, in a statement. “Pushing this development forward with our commercial partners will create the capabilities we need for future missions.”

ICON is also working on Earth structures directly related to the Mars mission. The company 3D-printed a 1,700-square-foot simulated Martian habitat near Houston, Texas, called Mars Dune Alpha, where volunteers will conduct a simulated year-long Mars mission starting in the summer of 2023.

“The 3D printed habitat will include private crew quarters, a kitchen, and dedicated areas for medical, recreation, fitness, work, and crop growth activities, as well as a technical work area and two bathrooms,” NASA wrote about the simulated habitat.

A 3D printer uses heat and pressure to shape material such as plastic, metal or concrete, layer by layer, into a 3D object, kind of like how a soft-serve machine spits out ice cream, as CBS Sunday Morning described it. You may have seen a desktop-sized printer crank out toys or knick-knacks, and the process for 3D-printing a structure is similar but on a much larger scale.

Instead of a small printer, ICON uses a 9,500-pound, 46.5-foot-wide machine called a Vulcan which follows a blueprint to build walls layer by layer. On Earth, the Vulcan spits out Lavacrete, a special kind of concrete used by ICON which the Department of Defense said can “withstand extreme weather and greatly reduce the impact of natural disasters.”

The Army opted to hire ICON to build a few barracks in Texas because it promised to be fast and cheap.

“Constructing facilities using this cutting-edge technology saves labor costs, reduces planning time, and increases the speed of construction of future facilities,” Army Lt. Gen. Doug Gabram, head of Army Installation Management Command, said in April. “We are looking at other ways to use this innovative technique for rapid construction of other types of facilities beyond barracks.”

Hopefully if the 3D-printing process works for astronauts, it will also work for soldiers, who often have to put up with miserable housing conditions. U.S. military housing around the world both on and off-base have a reputation for mold, rodents, and asbestos. One defense secretary said the conditions were “frankly unconscionable.” Fixing those problems would require better oversight of private military housing companies, but the Department of Defense has also pledged to “replace, repair and modernize facilities” and tear down obsolete ones.

ICON could soon have some competition for building military facilities here on Earth. Earlier this year the Department of Defense released Unified Facilities Criteria which, for the first time, included specifications for building 3D-printed concrete walls. A military press release said the criteria will encourage more companies to 3D-print buildings for service members.

Who knows, maybe someday Army soldiers traveling to the Moon may sleep in the same kind of 3D-printed barracks they know from Earth.