The Army wants one shoulder-launched munition to rule them all

Soldiers are getting a new weapon to take out buildings, bunkers, and armored vehicles. 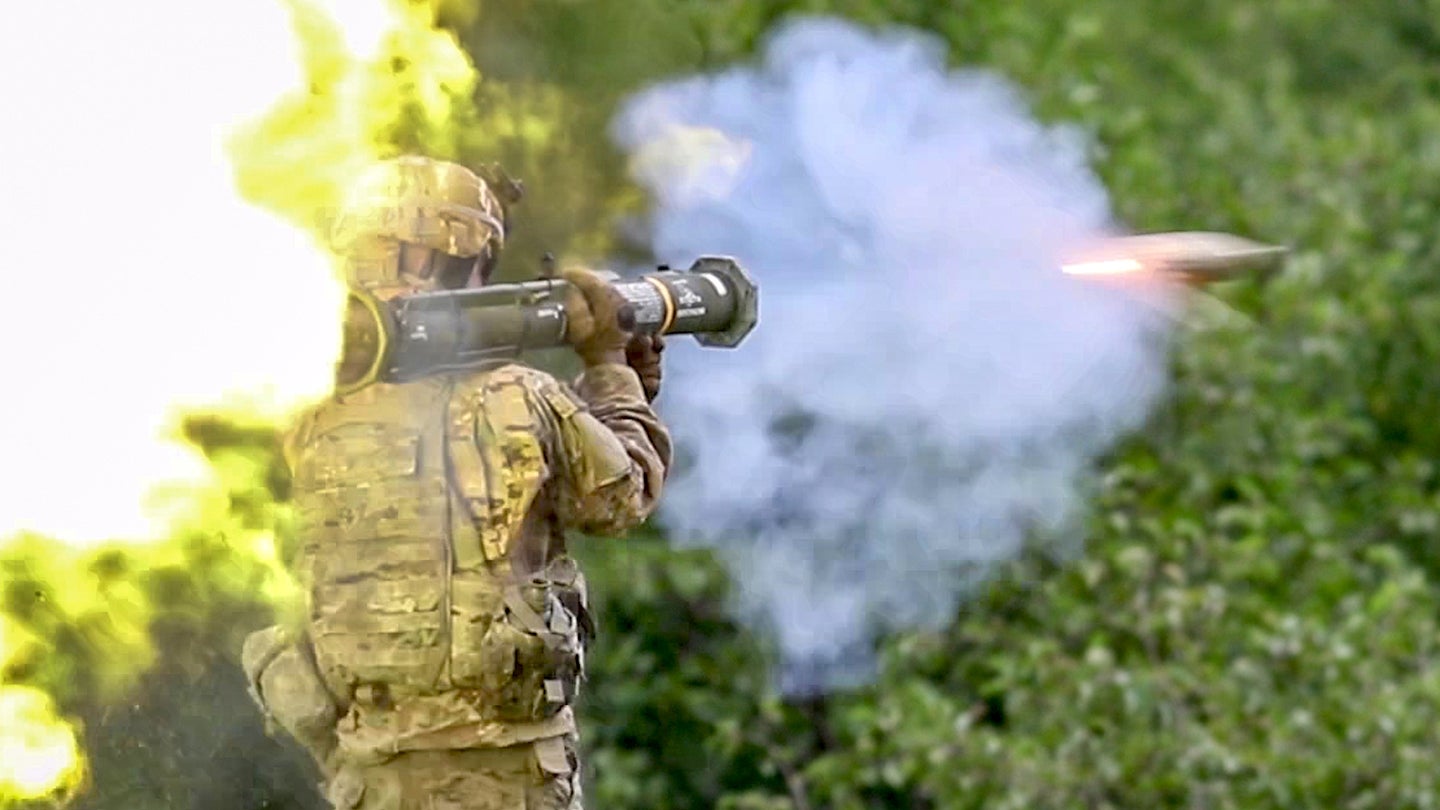 The Army wants to replace its various man-portable anti-tank and anti-structure rounds with a single multi-functional munition that packs enough punch to take out a bunker or light armored vehicle.

If adopted, the new munition would be the tactical equivalent of a shoulder-launched Swiss Army knife, capable of obliterating steel and concrete with more versatility and utility than offered by previous weapons.

According to the Army’s fiscal year 2023 budget request, the XM919 will eventually replace the M72 LAW, M136 and M136A1 AT-4 anti-tank weapons, and M141 Bunker Defeat Munition rocket launcher in the service’s arsenal with a single, lightweight multi-role solution in order to cut down on the amount of gear soldiers have to haul downrange in the future.

“All of these systems have served the Army well for some time, but each are single role weapons,” the Army spokesperson said. “The threats have evolved, therefore the capabilities need to be combined to reduce soldier load and simplify training and logistics while addressing the threats.”

In other words, the Army wants a munition that can blow up whatever the hell a soldier is aiming at without having to swap out for specialized ammo in the middle of a firefight.

The service plans on awarding a contract for the XM919 sometime in fiscal year 2024, with fielding planned for “as early as” fiscal year 2026, the spokesperson said. According to Army budget documents, the service has spent more than $10 million on the new munition over the last two fiscal years.

“Extensive” market research conducted over the past several years “determined there exists mature, production-ready systems throughout the world” ready for the service to acquire and field “that would require minimal development but potentially requiring some U.S. Army specific testing,” the spokesperson said.

What those production-ready systems entail remains unclear. The Army JPEO spokesperson told Task & Purpose that the service had conducted a soldier touchpoint in October 2021 to evaluate three “candidate solutions” as part of the Defense Department’s market research into the XM919.

One of those solutions may very well be the Recoilless Grenade Weapon system unveiled by General Dynamics Ordnance and Tactical Systems at the Association of the U.S. Army’s annual exposition in Washington, D.C. this past October.

While the Army conducted an industry day in April 2021 to survey market solutions for the XM919, it’s worth noting that a second industry day this past August “communicated to industry adjustments to the user requirements based on the evolving threat picture,” according to the Army spokesperson. These adjustments were likely precipitated by Russia’s invasion of Ukraine and the ongoing anti-armor warfare there.

“As the ongoing situation in eastern Europe has shown, there remains a strong need for an anti-armor, anti-structure SLM employable in both urban as well as complex open terrains,” the Army spokesperson said. “The XM919 IAM multi-target capability provides flexibility to engage a wider range of targets across the scope of operational environments our warfighters may encounter.”

Indeed, the budget documents for the IAM indicate that the Army sees the munition as part of its Soldier Lethality modernization priority, a function it easily fulfills by “reducing soldier load, while providing tactical innovation capable of extending overmatch against near-peer adversaries in a joint, multi-domain, high-intensity conflict,” according to the documents.

It’s unclear based on budget documents and the Army’s comments which production-ready systems available in the U.S. defense industrial base might end up serving the role of XM919 in the service’s future arsenal. But one thing is certain: the results of the upcoming competition will be explosive.