Watch these guys set off a massive firework in their garage 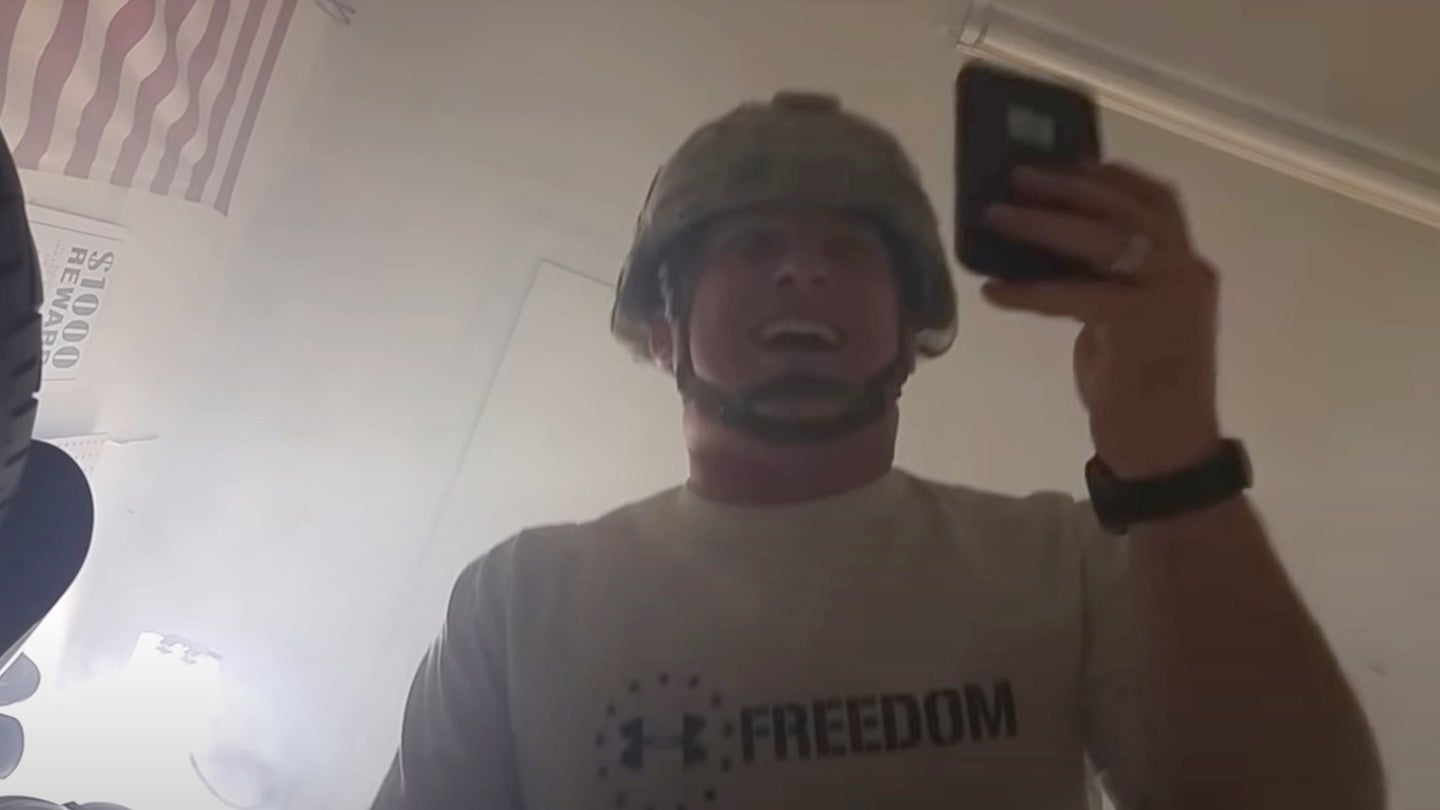 Editor’s note: This article was originally published on July 15, 2015. It is being published again ahead of the Fourth of July weekend, just in case any of our faithful readers think it’s a good idea to light off fireworks — which are explosives — inside of an enclosed space. That is not a good idea. Though it is hilarious…

With the gripping title, “Firework Fail – Idiots light mortar shell in garag,” what can possibly go wrong? The “e” is missing, but that’s probably because whoever filmed this video posted it online as quickly as possible. Probably thinking: “Oh my god, the world has to witness this! There’s no time for spell check!” Or, “Shit the cops are coming so I might as well get this out to as many people as possible before they haul us in.”

Posted to YouTube on July 3, 2015 the video, which can be found at the bottom of the article, shows four men wearing flak jackets and kevlar helmets in a two-car garage, with an American flag on the wall, and rucksack and sea bags in a corner — my guess is that they’re in either in the military, or are veterans. Despite the age-restriction warning, nobody appears to have been hurt in the video and there is no gore, though there is a lot of cursing because that’s what happens when a massive firework explodes in your garage.

As they prepare to set the firework off, the first man on screen in the video asks: “Why would he lock the door?” a question that no one answers, and after seeing the video, you kind of have to wonder the same thing. Then the person who’s clearly spearheading this effort announces, “Alright, here we go.”

The camera pans to the center of the garage where a fuse that runs into a Miller Lite box is lit. By this time, we know where the beer went.

For just a second, it looks like it’ll be a dud, and then the large firework promptly explodes in a massive shower of light and smoke. Clearly, it’s not an actual mortar as the video’s title might suggest, and instead appears to be a reference to a certain kind of firework.

It’s pretty amazing that no one was injured, with exception of the cameraman, who got singed a bit. One thing’s for sure: These guys know how to celebrate the holidays, and they also paid attention to their safety brief. I mean, they had their PPE.

Though they weren’t wearing eye protection…

You can watch the full video here.