‘Insurgency: Sandstorm’ Could Be The Next Great Military Shooter

Insurgency: Modern Infantry Combat began as a modification for Half-Life 2 that would take the engine of the game that... 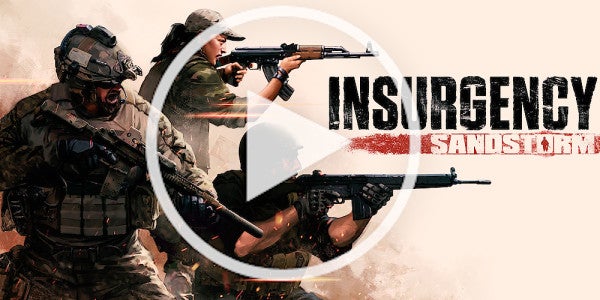 Insurgency: Modern Infantry Combat began as a modification for Half-Life 2 that would take the engine of the game that powers the multiplayer behemoth Counter-Strike, one of the worlds top first-person shooter video games, and turn it into something a bit more realistic and hardcore for the military simulation loving masses. Eventually, this total conversion evolved into the stand-alone game Insurgency, which was released in 2014.

The selling point of Insurgency is that it favors small-unit tactics over everything else. Unlike other shooters of the time, if you were hit, you were likely dead. Surviving more than one gunshot was rare, and going on a killing spree even rarer. Call of Duty this was not.

The cult success of Insurgency led to the production of the upcoming sequel, Insurgency: Sandstorm, which is powered by the Unreal 4 engine, a significant change from the aging Source engine used in previous incarnations.

Sandstorm also has brought new layers to the table, featuring light vehicles, and the ability to call in airstrikes and artillery barrages when playing as the commander class. One nice wrinkle to this is that the commander needs an observer with a radio nearby to actually call in the strikes. If one isn't around, then the commander is just one more infantryman on the battlefield. Other classes are fairly standard, such as breachers, who wield short-range weapons, and demolitions, who sport heavy weapons like rocket launchers. One class that is off-the-wall cool is the adviser class.

This class is based on the U.S. Army Special Forces troops who train foreign forces, and it allows you to use insurgent weapons. All the classes are primed for customization, with a myriad of weapon options. And the weight-to-gear ratio matters: if you want to carry more stuff, be prepared to be the slowest guy on the map. After playing the beta extensively, it's obvious that this latest incarnation reeks of potential, but it's not quite ready for prime-time just yet.

The official release of the full game has been pushed back by two months in order to fix some game performance issues and other bugs that could derail the launch of the game. The game is currently in beta, which means only a small selection of maps, and only one type of game-play are available for those who have pre-purchased the game. But once December hits, Insurgency: Sandstorm will launch an all-out assault on PC, Xbox One, and PS4.