IVAS 1.2 will help improve the “physiological impacts” created by previous versions of the mixed-reality goggles. 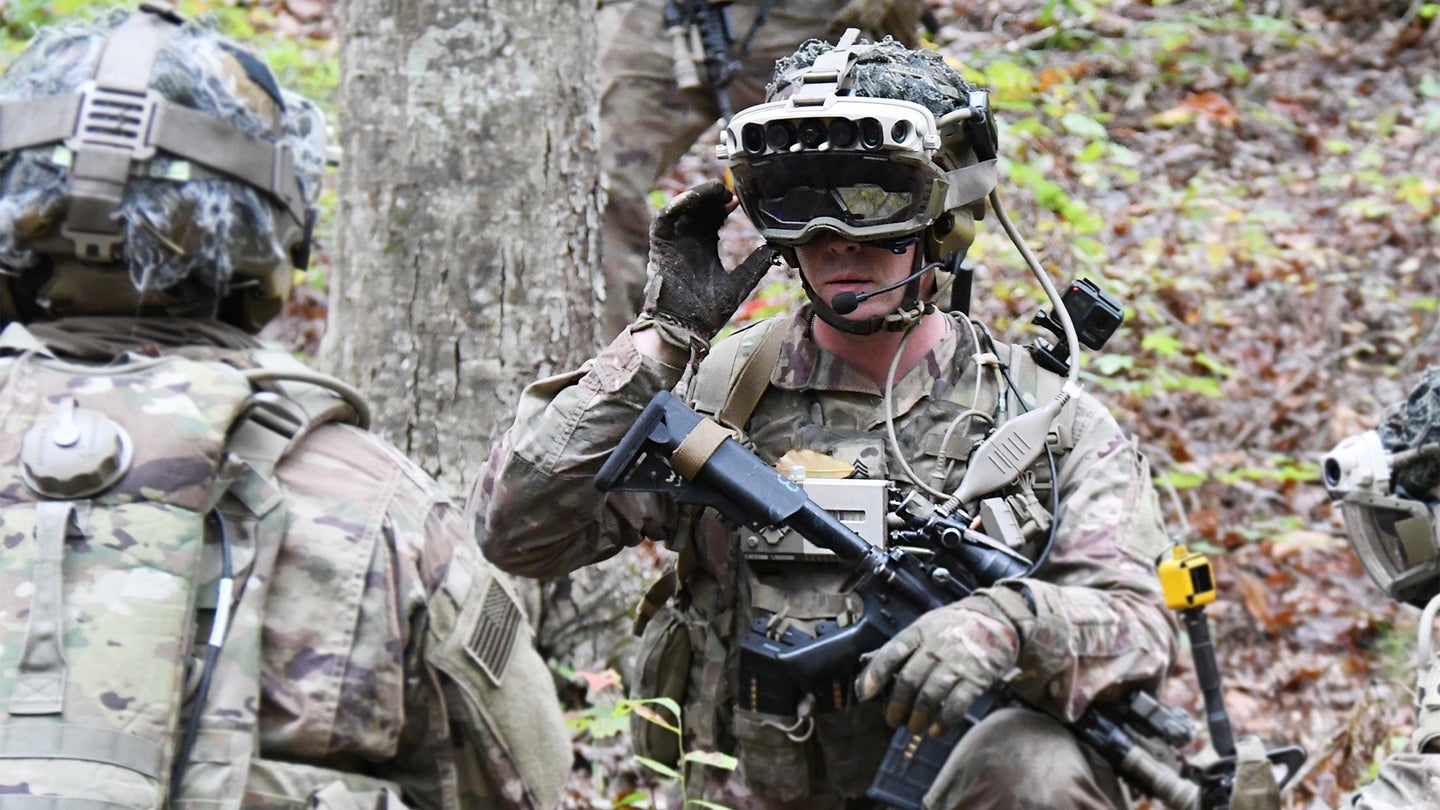 Soldiers from the 82nd Airborne Division use the Integrated Visual Augmentation System (IVAS) during a trench clearing exercise in October at Fort Pickett, Virginia in October, 2020. (U.S. Army Photo by Bridgett Siter).
SHARE

The Army hasn’t even officially fielded its futuristics mixed-reality goggles to soldiers yet and the service is already working on redeveloping the system to make it significantly more comfortable and wearable.

The service announced on Thursday that it had awarded a “task order” to Microsoft in mid-December to develop a new variant of the Integrated Visual Augmentation System (or IVAS) despite plans to field earlier versions to soldiers starting in September of this year.

The new variant, known as IVAS 1.2, “will include a new form factor to address Human Systems Integration, including physiological impacts identified during testing, and a lower profile heads-up display with distributed counterweight for improved user interface and comfort,” the service announced in a press release.

Addressing those physiological impacts will be important because more than 100,000 hours of user feedback from testing of previous iterations of the IVAS among more than 1,000 soldiers have revealed one major issue with the new do-it-all goggles: they’re not very comfortable to wear.

Indeed, a report from the Pentagon’s Director, Operational Test & Evaluation (DOT&E) based on testing from May and June of 2022 and first reported by Bloomberg News in October revealed that soldiers wearing the IVAS suffered from “mission-affecting physical impairments,” including headaches, neck-pain, nausea and eye-strain.

That report also noted that these symptoms presented themselves among soldiers after less than three hours of use and that the IVAS “is still experiencing too many failures of essential functions” to prove effective in the field.

These issues have been known to the Army for years: the 2021 DOT&E annual report also noted that earlier testing of the service’s current IVAS variants revealed that they caused “nausea, pressure on the face, and neck strain.”

As a result, soldiers outright hate the system, according to Bloomberg: “Acceptance of the goggles by soldiers ‘remains low’ and they and their leaders indicated they don’t ‘contribute to their ability to complete their mission.’”

The IVAS, a ruggedized version of Microsoft’s Hololens 2 augmented reality headset, was designed to “[integrate] next-generation 24/7 situational awareness tools and high-resolution simulations to deliver a single platform that improves soldier sensing, decision making, target acquisition, and target engagement,” according to the Army.

But adapting Microsoft’s Hololens 2 headset to do all of that has proven tougher than expected.

“We ran into a challenge, which is not uncommon, which is you have a commercial technology that’s very good in a commercial setting but adapting it to military use and conditions is sometimes much harder than people think it’s going to be — much harder,” as Assistant Secretary of the US Army for Acquisition, Logistics, and Technology Douglas Bush told Janes in November 2022.

“Nobody gaming in their basement worries about light emissions. Nobody wears it for three hours very often … The risks of discomfort are different.”

The Army did not disclose what a development timeline for the IVAS 1.2 would look like. As for IVAS 1.0 and IVAS 1.1, the Army still expects to field 5,000 of each beginning in September.

According to Breaking Defense, the first IVAS 1.0 headsets will be sent to training units and Army Recruiting Command, while the IVAS 1.1 headsets will begin making their way to non-light infantry units sometime in 2023 or 2024.