Soldiers who used the IVAS during recent testing suffered from “mission-affecting physical impairments." 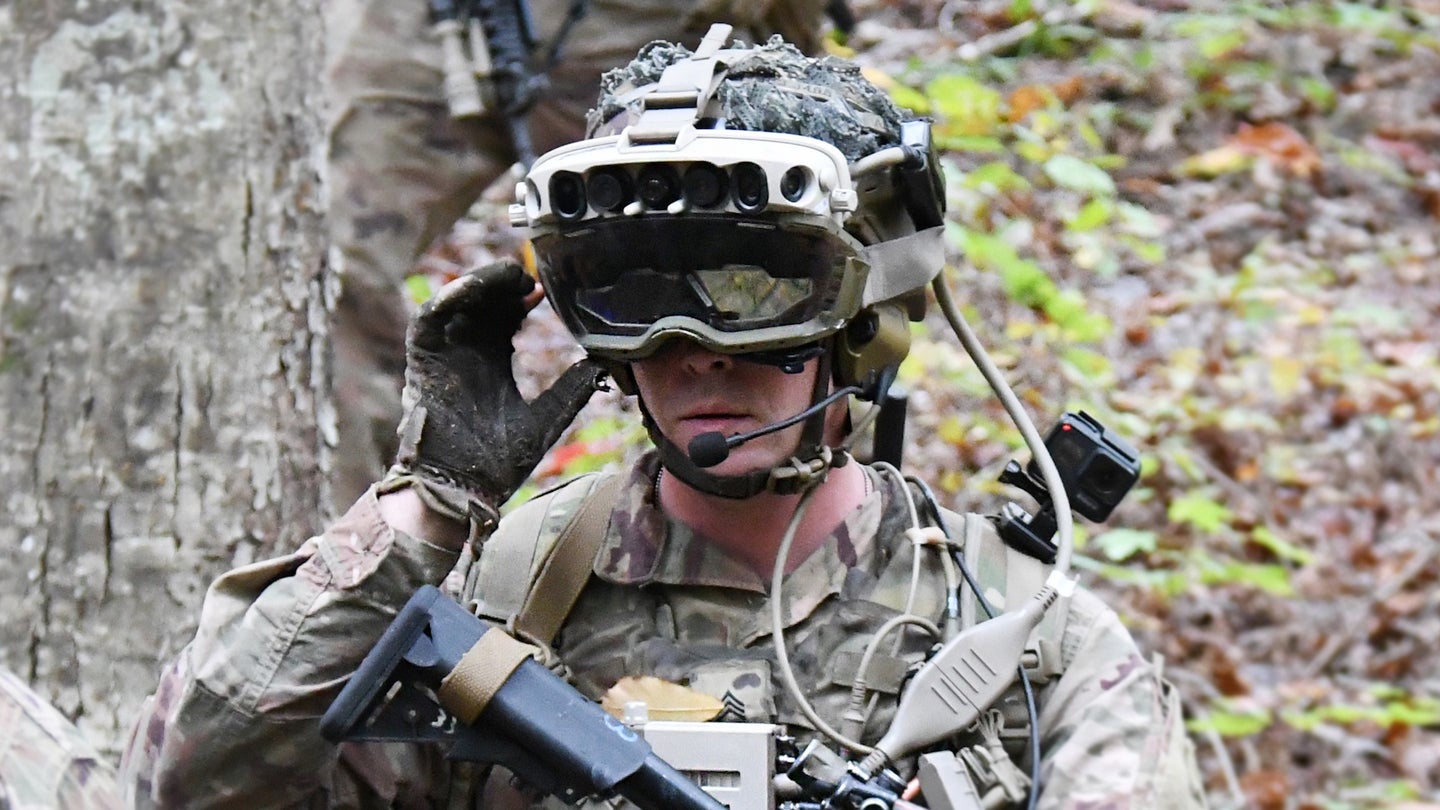 The Army’s much-hyped mixed-reality goggles have a major problem: they’re so uncomfortable to soldiers that they are all but tactically useless, according to a new report from the Defense Department’s top weapons tester.

During testing as recently as this past May and June, soldiers outfitted with the Integrated Visual Augmentation System (IVAS) suffered from “mission-affecting physical impairments” such as headaches, neck pain, nausea, and eye strain, according to a report from the Pentagon’s Director, Operation Test and Evaluation (DOT&E) obtained by Bloomberg News.

A significant majority of those soldiers who reported experiencing those symptoms said that the ill effects began less than three hours after using the IVAS, Bloomberg reports, noting that the DOT&E report indicated that the system “is still experiencing too many failures of essential functions.”

It is not surprising that the IVAS — a ruggedized variant of Microsoft’s off-the-shelf Hololens 2 augmented reality headset — is egregiously uncomfortable: The unclassified version of the DOT&E’s 2021 annual report on Pentagon weapons systems noted that use of the system resulted in “nausea, pressure on the face, and neck strain.”

But the Bloomberg report reveals exactly how much soldiers truly hate the system: “Acceptance of the goggles by soldiers ‘remains low’ and they and their leaders indicated they don’t ‘contribute to their ability to complete their mission.’”

If this sounds familiar, it should: a DoD Inspector General report warned as much back in April, noting that “procuring IVAS without attaining user acceptance could result in wasting up to $21.88 billion in taxpayer funds to field a system that soldiers may not want to use, or use as intended.”

In short: no matter how many fixes IVAS maintainers manage to deploy to keep the system running, soldiers don’t necessarily see it as tactically useful whatsoever, a trend that may end up relegated to the bottom of soldiers’ rucksacks rather than providing an edge on the battlefield.

In another strike against the much-hyped headset, one tester proclaimed that the light generated by the IVAS when the goggles are active “would have gotten us killed” in a real-life tactical situation, according to a separate Army report reviewed by Business Insider.

Army Futures Command, the primary organization within the Army responsible for the development of the IVAS, did not immediately respond to request for comment from Task & Purpose.

The IVAS boasts a raft of augmented reality features that will purportedly enhance soldier lethality, from serving up high-resolution night vision and thermal heat capabilities, facial recognition capabilities, three-dimensional maps of the battlefield, on-the-spot language translation, and simulated training environments for rehearsing missions ahead of time.

IVAS “integrates next-generation 24/7 situational awareness tools and high-resolution simulations to deliver a single platform that improves Soldier sensing, decision making, target acquisition, and target engagement,” according to the Army. “These capabilities will provide the increased lethality, mobility, and situational awareness necessary to achieve overmatch against our current and future adversaries.”

The Army initially planned to field IVAS this year but it pushed back the date, citing a need to “advance specific technologies to meet operational requirements and maximize warfighter impact,” as the service’s Program Executive Office Soldier put it at the time.

According to Army Times, the service now plans on delivering a total of 10,000 IVAS headsets — 5,000 ‘1.0’ and 5,000 ‘1.1’ variants — to soldiers in operational units during this coming fiscal year for use “in garrison, field training and on combat deployments,” with plans on eventually purchasing up to 40,000 systems for close combat forces from infantry to engineers and scouts.

Brig. Gen. Christopher Schneider, commanding general of PEO Soldier, told Army Times that the service will begin developing a ‘1.2’ variant of the IVAS with a lighter form factor and hardware redesign alongside those initial fieldings, with plans on getting the 1.2 version into the field sometime during fiscal year 2025.

“We don’t want to rush IVAS to the field until it’s ready,” Schneider told Army Times.