VA Wants You To Stop Catching Pokemon At Cemeteries, Hospitals

There’s no doubt that Pokémon Go has become one of the most successful phone applications to date. Since its release,... 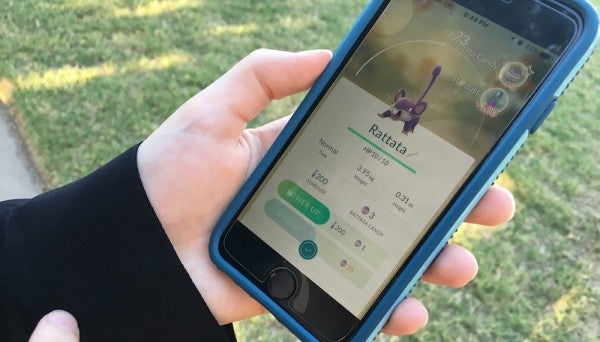 There’s no doubt that Pokémon Go has become one of the most successful phone applications to date. Since its release, it has generated $2 million a day, and the time users have spent playing has even surpassed their time spent on Facebook.

However, not everyone is a fan — especially not the Department of Veterans Affairs.

The game, which encourages players to seek out Pokémon at specified geographic locations, has infiltrated VA cemeteries and medical centers nationwide.

On July 13, The VA released a statement that playing Pokémon Go is not an acceptable activity on these grounds.

“VA’s National Cemeteries are national shrines honoring the sacrifices of America’s Veterans and their families,” the statement reads. “Recreational activities, such as biking and dog-walking, are not permitted. Recreational gaming, like Pokémon Go, is not permitted at VA’s national cemeteries.”

Arlington National Cemetery — where 400,000 people, including thousands of veterans, are buried — was found to be a haven for catching Pokémon, so much so that it caused officials to issue a tweet requesting that people respect the solemnity of the grounds.

We do not consider playing "Pokemon Go" to be appropriate decorum on the grounds of ANC. We ask all visitors to refrain from such activity.

However, not all players were swayed by the plea.

where else am I gonna get Ghastly

As a result, the VA’s most recent statement requested that all visitors to VA sites be respectful, and follow the federal laws that prohibit disregard toward veterans, service members, and their families at these locations.

“We request that visitors to any national cemetery exhibit the respect and decorum of our shrines, follow federal regulations governing access and behavior and proper cemetery etiquette,” it added.