At the end of 2015, the U.S. Department of Agriculture Supplemental Nutrition Assistance Program provision waiver that extends food stamps... 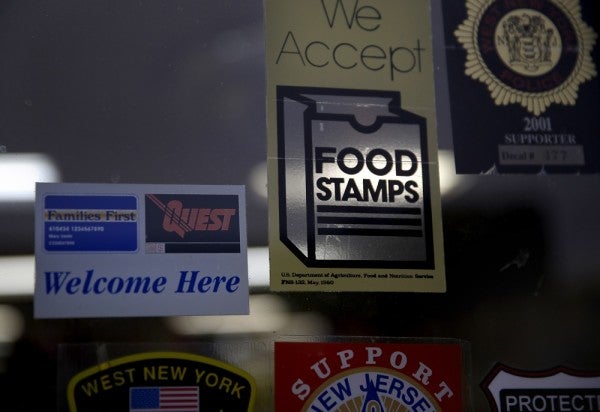 At the end of 2015, the U.S. Department of Agriculture Supplemental Nutrition Assistance Program provision waiver that extends food stamps benefits to single, able-bodied adults without dependents for more than three months will expire. This particular provision waiver kicked off in 2008 as a result of the worsening economy and high unemployment rate. As the unemployment rate has dropped and federal government spending has increased, Congress has started eyeing the waiver’s end as a way to save money. However, according to one policy group, this could affect an estimated 60,000 jobless veterans and cause them to lose their benefits, putting them at the mercy of food banks or risking food shortages. But, like most things that affect the military and veterans’ communities, this issue isn’t as clear cut as it seems.

Critics of the proposed benefits cut point to the 7.2% unemployment rate for post-9/11 veterans. Indeed, this is nearly two percentage points higher than the current unemployment rate of 5.5% for Americans who have not served in the military. However, this waiver expiration will only affect single, able-bodied veterans. Additionally, you are exempt from the three-month limit to benefits if you are “medically certified as physically or mentally unfit for employment, pregnant.” If you live in a state or a city with a high unemployment rate, then your state can request an exemption from the expiration date. If you have even a part-time job, or you’re participating in your state’s employment and training program, then your benefits will remain intact. If you’re even expending eight to ten hours a week searching for a job or spending your time volunteering in approved positions, then these cuts will not apply, per the USDA’s own guidance.

With all those waivers and exemptions, it would be easy to propose another for military veterans who have separated within the past year, allowing them to keep their benefits for six months to a year after transitioning — but is that really the best solution in this case? The federal government, recognizing that unemployment is a high possibility for military service members transitioning to the civilian sector, spends billions of dollars annually on programs to assist them. Indeed, up to 41% of transitioning veterans have utilized military unemployment programs since 2004, and the numbers explain why — the unemployment rate among male veterans in the 18-24 year old demographic (that which is most likely to utilize food stamps as a single, able-bodied individual without dependents) is 17.06% versus the 12.15% for males in the same age range with no military experience (see pages 10-12 of this report from the VA). This striking difference could possibly indicate that either enough isn’t being done or that money for military transition programs is being spent ineffectively, leaving us with two possibilities. If enough isn’t being done, then that is a matter for the Department of Defense to analyze and address, perhaps with even more assistance from the civilian sector than is already being done. But if the problem is that federal money is being spent inefficiently, then throwing even more money toward veterans — like extending food stamps benefits for an additional three to nine months — will simply have a band-aid effect and continue the expenditure of money inefficiently in the process.

Additionally, adding exceptions specifically for able-bodied, single veterans with no dependents only furthers the perception and fear many have — even within our own community — that military service members, their dependents, and veterans are becoming a new protected class and behaving in an entitled manner. There should be no doubt that veterans sacrificed much during military service, but how much is owed to someone transitioning to civilian life, already with a myriad of programs that civilians don’t have access to, and is healthy and able to participate in programs to find a job? This could further add to the widening civilian-military gap in America.

While it’s admirable that there are some politicians who want to fight for this issue that risks affecting veterans — or any military and veterans’ issues — it’s worth remembering that there are politicians on both sides of the aisle who will attempt to utilize any issue regarding service members or veterans in order to make political hay. Our community seems to have become convenient props for many who make their living as elected officials. If we allow them to constantly magnify every little issue facing the military and veteran communities to gain political points, then we risk losing our political capital and clout for the big issues. Is it such an alien idea to expect that single, able-bodied adults in America should at least look for a job in order to receive benefits, even if they are veterans? Why allow politicians to turn this into a divisive issue?

It can be tough to transition, even for single veterans with no dependents, but it can be done. Single, able-bodied veterans who can take advantage of training both in the military and then in the civilian sector should not be exempt from benefit cuts that affect our civilians, nor should there be an expectation that veterans are a protected class. Military and veterans advocates struggle with enough attempting to protect earned benefits without allowing politicians to use small issues to score political points.