This article was originally published on The Conversation.  A college education can set you up for a lifetime – though... 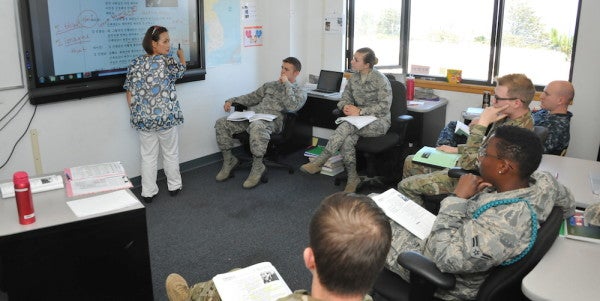 This article was originally published on The Conversation.

A college education can set you up for a lifetime – though it can come with a hefty price tag: Some unfortunate students have gotten both a mountain of debt and an education that falls far short of their expectations.

Across the nation, a few for-profit colleges have been deceiving students into taking out private loans that cost more than advertised. Others have made false claims about job placement rates or have offered credits that don’t transfer and – in some cases –don’t qualify students for the licenses they need.

Veterans have been particularly targeted, with schools eyeing their GI benefits. And for-profit colleges generally attract a higher percentage of low-income students, making these students targets as well.

As a scholar of educational law and policy, I’ve spent many years studying student loans and the debt crisis. What’s clear is that students who have been victimized by fraud (particularly in the for-profit sector) need help when it comes to getting the justice they deserve.

Corinthian Colleges, a California-based for-profit that filed for bankruptcy in 2015, is one of the prime culprits when it comes to student loan fraud. Last year, the California attorney general’s office obtained a judgment against Corinthian for more than a billion dollars after a judge ruled that the school had engaged in deceptive advertising and unlawful lending practices.

Federal authorities have also challenged Corinthian. In 2015, the Consumer Financial Protection Bureau obtained a 40 percent reduction in the private loans owed for tuition at Corinthian Colleges.

More recently, the U.S. Department of Education discharged student loan debt for over 27,000 students who enrolled in one of Corinthian’s programs, and it has promised debt relief to 23,000 more former students seeking debt relief based on allegations of fraud.

Unfortunately, efforts by state and federal agencies haven’t brought full relief to everyone who was defrauded. Of the approximately 3,400 for-profit educational institutions in the U.S., at least 28 have undergone investigation. Four of the eight largest companies have faced significant legal action for unscrupulous recruiting or business practices.

Corinthian alone has more than 350,000 former students; and ITT Tech, another for-profit that filed for bankruptcy amid a cloud of fraud accusations, had more than 35,000 students when it closed.

Tens of thousands of students have filed claims with the U.S. Department of Education seeking relief from loans they took out to enroll in fraudulent institutions like Corinthian, but these claims haven’t been processed expeditiously. In fact, the department has dragged its heels since Education Secretary Betsy DeVos took over. Not a single loan relief application has been approved this year and the Department is reexamining the rule that allows students to petition for debt relief.

The student loan forgiveness rules are designed to expedite claims against fraudulent institutions. These rules are vital for students who haven’t been able to successfully file their own lawsuits when they believe a college has defrauded them.

Students have been trying to sue Corinthian, for example, over its deceptive conduct since at least 2006. But Corinthian, like many other for-profit schools, used fine-print forced arbitration clauses in its student enrollment contracts to have such cases dismissed. Students are instead forced to bring their claims one by one before a private arbitrator – one agreed to by the school. Even if a student wins, the arbitrator has no power to change the school’s future practices or address students in the same situation.

Mandatory arbitration agreements are quite common in contracts for car loans and credit cards, but many believe they’re fundamentally unfair in the education sector, since such agreements force students to relinquish their right to sue for damages as a condition of enrollment.

Yet, in 2013 (two years before Corinthian filed for bankruptcy), the Ninth Circuit Court of Appeals ruled that an arbitration clause imposed on students at Corinthian Colleges was enforceable and dismissed a class action lawsuit filed by students who claimed to have been injured by Corinthian’s deceptive practices.

Had the lawsuit – and others like it – been allowed to proceed in a public court, plaintiffs might have obtained judgments that would have forced Corinthian to change the way it recruited and served its students.

ITT Technical Institute, a for-profit college that shuttered its campuses in 2016, included mandatory arbitration clauses in its student enrollment contracts.Photo via Creative Commons

Help is on the way

Fortunately, some help is on the horizon – if Congress and Secretary DeVos don’t block it. Last year, the Education Department enacted a rule to protect defrauded students. Under this rule, schools that take federal aid cannot use forced arbitration to prevent students from pursuing fraud claims in court. But DeVos has delayed the rule and is considering reversing it.

The Consumer Financial Protection Bureau also just issued a new rule that will restore the ability of students, service members and other consumers to band together in court when banks, student lenders and other financial companies act illegally. The rule has widespread support, including from The Military Coalition, 310 consumer and community groups and over 250 law professors and academics.

This new Consumer Financial Protection Bureau rule will not just help students. It would have prevented Wells Fargo, which created up to 3.5 million fake accounts, from using forced arbitration clauses to kick people out of court, allowing the fraud to continue.

If the administration blocks the new rules, students will be in danger of losing their ability to have loans forgiven.Photo via Creative Commons

Unfortunately, Wall Street lobbyists are pushing Congress to block the Consumer Financial Protection Bureau rule through legislation. The U.S. House of Representatives voted to do so in July, and it’s now up to the Senate to decide the rule’s fate.

Meanwhile, for-profit schools continue to fight against the borrower defense rules that ban mandatory arbitration clauses. In fact, even some nonprofits, including historically black colleges, are requesting changes to other aspects rule, believing it could leave them vulnerable to the financial drain of frivolous lawsuits.

Students deserve the right to be protected from fraud – and to seek relief from the courts when they aren’t. If left as they are, both the Consumer Financial Protection Bureau and Department of Education rules would protect that right.

Richard Fossey is a professor of education at the University of Louisiana at Lafayette. This article was originally published on The Conversation. Read the original article.